Where is Mali located? 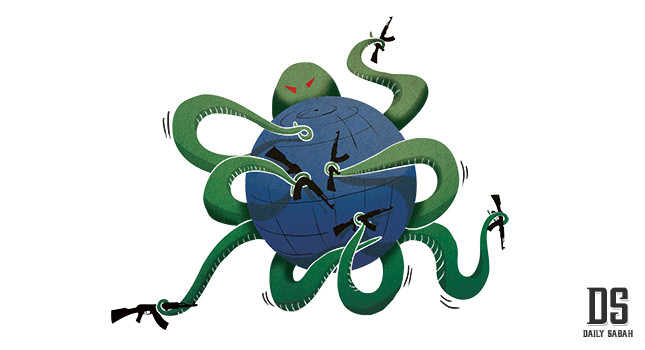 Following the terrorist attacks in Paris, the Bamako hotel attack in Mali, which is a pure product of French colonialism, has proven terror's ability to reach any country regardless of its power

A blind wave of terror has rolled into main cities and capitals around the world. The recent attacks in Paris have created a very big outcry all around the world, but less visible parts of our world are under the same threat, as we have seen in Beirut, Lebanon, Baga, Nigeria or Bamako, Mali.

Since the 9/11 attacks in the United States, we have to accept that a new kind of war has started all around the world. This is due to three main factors:

i. Inequalities around the world have become more untenable. Climate change, the disappearance of failed state structures, the incredible abyss existing between social classes in developing countries, the same kind of abyss existing between living standards of developed and developing countries, the absence of democratic structures in at least two-thirds of societies create a very tense situation.

ii. Military might and organization of developed countries make illusory a conventional war staged against them by the "oppressed" countries and populations.

iii. Information technologies have attained such a degree of expansion and perfection that organizing an underground terror movement all around the world has become extremely easy.

Civilian populations are the main target of this new wave of terror. Civilians are easy to kill and it is frightening for the average citizen to feel constant insecurity in his or her daily life. Saddam Hussein was one of the first to understand the importance of this criminal approach. After the war against Iran in which he had the overt or hidden support of democratic countries, he had to find popular support. He was totally lacking any such support from a closed society wary of war and not understanding the benefits of eight years of fighting. So he attacked Kuwait, saying that he would bring the war "into Gulf countries' princes' bedrooms." All of a sudden, oil rich but militarily very vulnerable states found themselves in the terrible reality of war, invading armies, bombings and massacres.The Kuwait war ended very terribly for Iraq, its population and Saddam. Still, his idea to attack the "unassailable" part of the world gave inspiration to people like Osama bin Laden. Bringing war, destruction and insecurity into the daily lives of citizens in developed countries has been extremely, terribly efficient.

Developed countries also have sophisticated means to counter terrorism and organize anti-terror systems. However, the new kind or terrorism initiated first by al-Qaida has been unexpectedly difficult to contain. If it were a terrorist international with a center, ramifications all around the world and a master plan, it would have been easy to dismantle. But this is more like a franchise system, whereby al-Qaida affiliation for any terrorist group or any single person all over the world was something easily obtainable, mainly through the Internet.

Terror cells and organizations need money. This is basically their weakest point. In the past, there were rogue states financially supporting these groups. Eventually, terrorists would also obtain armaments from these states. In the bi-polar world, it was more or less easy to find a sponsor provided that your activities remained confined to the other camp. This system also has vanished. Terrorism today still has sponsors but seldom are these states per se. There is an amazing volume of money under no control whatsoever perambulating all over the world. Some of this money is called the black economy, because it concerns non-declarable activities, like drug or arms trafficking. More and more the smuggling routes held by some organizations create revenues that go into local terror groups' finances. They do not need much money today, operating in small groups or single individuals.

These individuals are motivated basically by a single nihilistic aim to kill "Westerners," whether they are from European countries or among the local population, people living like Westerners. What happened in Paris was a very important achievement for this terror wave. They have been holding hostage the entire population of Brussels, the capital city of the EU, for the last four days. Belgians are told not to leave their homes until the police operation is over. Schools and the underground are closed. All this because of some secret information about planned terrorist attacks to be committed like those in Paris.

EU countries are not well-organized against such a method of terror. However, it is somehow much more difficult to organize a wave of terror in the middle of the French capital than in Mali's capital, Bamako.

Mali is an independent African country, a pure product of colonialism. It is made up of the addition of two very dissimilar parts of Africa - parts of Sahel populated by Tuaregs, Arabs and Berbers and parts of forest-covered Africa populated by black Africans, mainly the Bambara, but also the Fula. Practically nothing bounds together the north and south of the country, only the lingua franca, which is French, the administrative structures inherited from colonial times and a loose appurtenance to Islam. The French army had to intervene two years ago to repel insurgents in the north, mainly coming from Mauritania and southern Algeria. There are no natural borders and the immensity of the Sahara Desert makes it virtually impossible to guard the frontiers. Bamako was scene to a very bloody hostage taking that resulted in the death of nearly 30 people in one of the most fashionable hotels in the city, mainly frequented by Western tourists, businessmen and wealthy Africans. France, together with the U.S., sent elite intervention troops to back the fragile Malian government.

Seven Turkish citizens were also held hostage, all working for Turkish Airlines. They returned safely home, except one person who is based in Bamako and who wanted to stay there. This is probably the solution: Anti-terror measures would give some results in the short and medium term, but military solutions will obviously not be efficient at all in the long run. The problem is so deeply rooted that a joint reflection by all developed countries, the intelligentsia and their governments is very much needed. In that sense, continuing to serve the Bamako airport, never severing ties with these regions of the world might be a better idea to create stability then sending in troops.
Last Update: Nov 25, 2015 1:35 am
RELATED TOPICS