A summit of hope for the refugees? 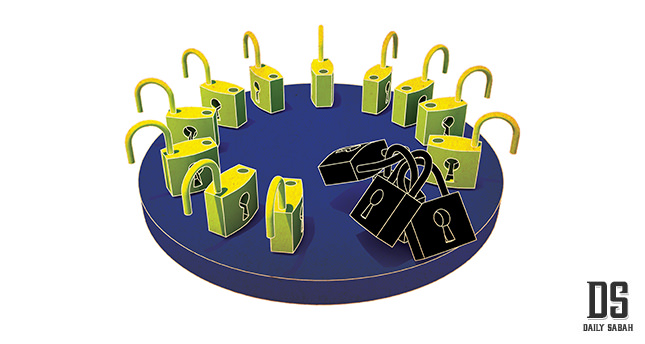 Germany, which had to take the helm of the EU almost against its will, has understood the issue better than any of the other member states and tried to establish a workable cooperation scheme with Turkey

Turkey and the EU are on the verge of finalizing an important agreement regarding the management of the refugee crisis. As a matter of fact, Angela Merkel, the German chancellor has been the architect of a swift solution that would render possible more humane management of the migratory wave coming mainly from Syria. In exchange for very deep-running cooperation and financial assistance, Turkey and the EU are supposed to establish a system whereby human trafficking and refugee smuggling would be prevented. Human tragedies will be brought to a minimum and a lucrative, ghastly business will hopefully be marginalized and public order restored.

Since its first declaration, the deal has attracted much criticism from very different sources. The main point of criticism is that the EU has kneeled down before Turkey to stop the refugee inflow. Hungarian Prime Minister Viktor Orban has been very clear in his very undiplomatic statements, insinuating that Turkey is blackmailing the EU. Greece and its very vocal prime minister, Alexis Tsipras, not to be outdone by other critics, has declared that the financial package of an additional 3 billion euros to Ankara to help the refugees in Turkey should be funneled to Greece.

The main point of the critics is that Turkey can hardly be seen as a dependable partner in view of the democratic functioning and the supremacy of law. Therefore, moral attacks over the deal were justified from the EU side by the absence of a satisfactorily functioning democracy.

AND THE OSCAR GOES TO EU

EU leaders are meeting in Brussels to agree on a deal to offer Turkey that would secure Ankara's commitment to a scheme intended to halt migrant flows to the Greek islands. The arrangement would see Turkey take back all migrants, including Syrian refugees, arriving to Greece from its territory while EU countries would take Syrian refugees directly from Turkey on a one-for-one basis. The draft statement also says migrants arriving to Greece would be registered and any claim for asylum will be processed there. Those whose applications are been deemed unfounded or inadmissible will be returned to Turkey.

The idea is that by giving asylum seekers a legal way to enter Europe they will not pay smugglers and risk their lives on the dangerous sea journey to the Greek islands.

In exchange, Turkey would ultimately see the liberalization of visa requirements for the EU Schengen area. The Visa Liberalisation Roadmap contains 72 benchmarks that Ankara needs to fulfill, 35 of which have already been completed. This issue is being brought to the agenda by all critics of the deal, underlining that it would be very difficult for Turkey to fulfil all obligations in a timely manner.

This remains rather incomprehensible. Visa-free tourist travel is granted to any country that has reached candidate country status as a goodwill gesture by the European Union. This is a very marginal advantage, only allowing third-country nationals to enter the EU without the requirement of obtaining a visa. The visa requirement for Turkish nationals has not been changed since 1979. Nobody really remembers why this requirement was made 37 years ago or what purpose it serves today. Still, the EU has been adamant to keep the visa requirement for Turkish citizens.

One can hardly remember how many times the European Court of Justice (ECJ) ruled against the implementation of a visa requirement for Turkish citizens. It became obvious that the provision was against the essence and the wording of the Ankara Agreement between Turkey and the EU that forms the bedrock of our association. None of the rulings of the ECJ were put into effect by the member states, which clearly showed that the issue had nothing to do with international law, but was essentially motivated by political considerations.

These considerations obviously still prevail so long as the EU still prefers to shimmer the possibility of a visa-free system in exchange of many other things from Turkey. The deal was already accepted four years ago, with visa-free travel being granted in exchange of Turkey signing the re-admission agreement. Turkey signed the agreement and started to implement its conditions, but in the meantime visa-free travel became the subject - and the prize - of another deal.

For a country hosting almost 3 million refugees, asking too much more may not be a very clever demand or policy. Merkel understood it well and came up with a package of financial and logistic aid to help this huge refugee population in Turkey integrate into society. The initial 3 billion euro package - increased to 6 billion for a prolonged duration - will basically serve to implement an infrastructure of schools, hospitals and care centers, assistance units and schools for refugees originating from Syria and Iraq.

Morally speaking, this would be one of the most justifiable deals on the part of the EU to make with Turkey. But the issue has become almost an existential problem between Turkey and the EU. Should the EU still continue accession negotiations with Turkey, or should Turkey become an outcast and negotiations frozen indefinitely?

The EU, through European Commission Vice President Frans Timmermans's declaration, has given a clear answer to this question: "The Commission and Member States are working on advancing the accession negotiations with Turkey. Preparations are now underway to progress towards the opening of five chapters. The Commission aims to finalise all relate preparatory documents in the spring with a view to submitting them to the Council, without prejudice to Member States' positions and the negotiating framework."

That sounds good for any proponent of a Turkey-EU rapprochement. It sounds totally inacceptable for all the critics of Turkey's democratic shortcomings. Now the real question to ask would be why the EU use the accession negotiations when democratic functioning in Turkey was highly praised by everyone in 2006, and why the EU tries to reinvigorate these negotiations at the worst possible time.

The EU, since 1982, has had a biased approach to Turkey. A steady maximalist policy that has kept all the gates totally closed, or just ajar, to Turkey has left no leverage in the hands of the EU to influence Ankara. Germany, which had to take the helm of the EU almost against its will, has understood the issue better than any of the other member states and tried to establish a workable cooperation scheme with Turkey. This is what is at stake, and this is what can be achieved for the time being.