How to reconcile Turkey and the EU 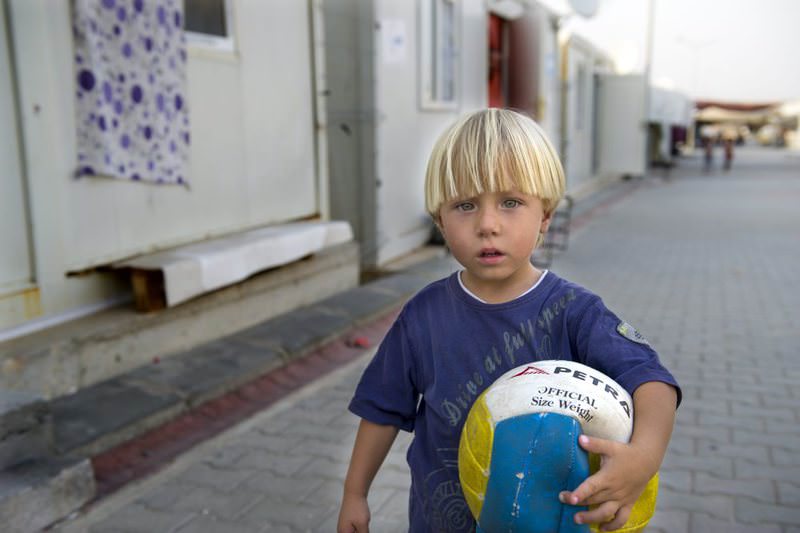 The EU Commission's recommendation to lift visa restrictions on Turkish nationals as part of the refugee deal was important, but as usual in EU-Turkey affairs, it has fallen victim to surprise developments.
by Emre Gönen May 10, 2016 12:00 am

Last week, the European Commission took a courageous step to advise the European Council to grant Turkish nationals visa-free traveling rights, provided that Turkey satisfies the EU's conditions. I personally was hoping to be able to dissert on subjects other than this visa exemption, because for the last few weeks I could only deal with that issue in my weekly column.

One should never take as granted any step or any development in Turkish-EU affairs because the defiance between the two parties is so deeply rooted that at any moment a surprising issue might come up and totally change the agenda and outcome of any negotiation. This is what has happened again.

The most unexpected development was a high-level meeting between President Recep Tayyip Erdoğan and Prime Minister Ahmet Davutoğlu, which ended up by a declaration that Davutoğlu did not want to continue to hold his office any longer under the present circumstances. In less than a fortnight, an emergency convention of the ruling Justice and Development Party (AK Party) will be held to elect the new party chairman, who Erdoğan will undoubtedly nominate prime minister to form a new government. After the government gets a vote of confidence in Parliament, the new prime minister and his Cabinet will take office.

With the ruling political party having a comfortable majority in Parliament, this Cabinet change is likely to proceed without much trouble. However, the change at the top post of the Cabinet has been seen by the international mass media as a total reversal of Turkey's policies, especially regarding the deal between Turkey and the EU concerning the migrant and refugee crisis.

As I have had the occasion already to underline a number of times in my columns, the issue of visa-free travel should have been brought to its real dimensions and timeline long ago. The deal was done between Turkey and the EU for the sake of the readmission agreement and should have been applied a couple of years ago. Independently from the readmission agreement to be accepted by Turkey, the visa issue has created huge problems for the free circulation of goods, so long as any business figure had to get a visa to go and see their counterparts in the EU. Over time, the visa requirement started to function as a non-tariff barrier within the Turkey-EU customs union, which has been operative since 1971 and fully completed since 1996.

The visa requirement for Turkish nationals has been found to be against our "acquis associative" in a number of rulings from the European Court of Justice. But this issue has remained on the agenda of both Turkey and the EU because the issue was not legal, but purely political.

It will, unfortunately, continue to remain political. The deal stuck between Turkey and the EU on refugees is turning into a much larger debate concerning the functioning of democracy in Turkey and the legislative instruments to fight terrorism. Erdoğan has made very violent remarks about the latter, asking the EU to be consistent with its own decisions and principles and not to let the supporters of a terrorist organization recognized as such by the EU erect tents next to European institution buildings in Brussels.

He is right in denouncing the EU authorities' very lax attitude, especially those of Belgian authorities concerning the PKK and its peripheral organizations. The EU, on the other hand, has almost a full catalog of unacceptable infringements on democratic functioning and basic rights happening in Turkey.

By choosing the refugee deal as a field of struggle, both sides will have lots to lose and practically nothing to gain. If Turkey's democratic record remains unacceptable for the EU, the accession negotiations table is there as the best platform to discuss such an issue and ultimately suspend these de facto inexistent negotiations. On the other hand, Turkish authorities will be better inspired to tackle the Kurdish issue without trying to find an alien scapegoat to focus on. This has been done time and again by former Turkish governments, basically for domestic use, and served no purpose other than deepening the problem. The AK Party has been conducting a different policy since the beginning of its governance, and that has made the whole difference. It would be wiser to think about it.

Last but not least, any light at the end of the tunnel regarding Turkish-EU relations ignites sparks of hope among the whole population. The Economic Development Foundation (İKV), where I served as secretary-general for seven years, has made public a recent opinion poll. It found that almost three quarters of the public supports the idea of EU membership for Turkey. This does not show the feasibility of the project or the likelihood of early rapprochement, but this is a matter of taste. People want to live in predictable, stable, tolerant and developed societies. It is always worth listening to the people's opinions. The AK Party has been very successful in elections mainly because of its ability to listen to the public.
Last Update: May 10, 2016 1:43 am
RELATED TOPICS