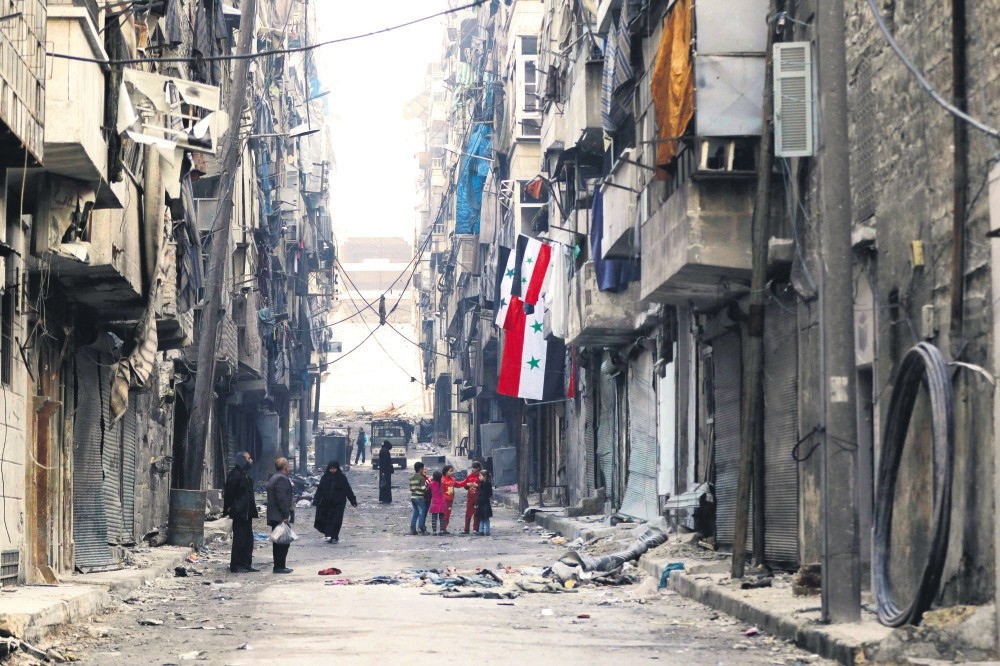 Negotiations are being held in the capital city of Kazakhstan for the resumption of peace and stability in Syria. Both terms look like an oxymoron when used together with Syria. A whole country - its infrastructure, state system and population - has been almost totally destroyed. Seeds of hatred and sorrow have been sown so deep that it will take generations for Syrian society to overcome the shadows of the past, if ever.

A civil war is the most dreadful development that can happen to any society. A conventional war against an invading enemy is altogether another thing, a civil war brings people face to face with fellow countrymen, neighbors and parents. Civilians are massacred by other civilians or uncontrolled militias. In any war, atrocities are committed, but a civil war is almost exclusively made up of atrocities.

Societies that have gone through a civil war take a very long time to heal. The Southern States were defeated by the Northern States in the U.S. back in 1865. And it still took 100 years for the federal government to end segregation in the Southern States. They were left alone for 100 years to recover from a very bloody, atrocious civil war. Spain took a long time to recover after its own civil war that ended in 1939. The "pacta de oblivion," an understanding to "forget the past," was necessary for a national reconciliation. Spain never really recovered from a very dark and inhumane civil war era, despite amazing developments in democracy and a successful transition period from an autocracy toward EU and NATO membership.

What is beginning in Astana, together with the notable participation of the Russian Federation and Turkey, is only the first step of a distant peace in Syria.

What is extremely worrying is that the Syrian tragedy, together with Iraq, has been because of the deeds of a totally insane and irresponsible policy based on the neo-con culture in the George W. Bush presidency. To correct the total demise of Iraqi statehood, the Obama administration decided to totally reverse the strategy and get all U.S. armed forces out of the region. The void it created has been filled with a number of militias, armed by different forces and governments, whose main objective was to destroy the existing status. The Assad regime, which will be represented in Astana, bore the responsibility of having resisted the innocent democratic demands of the Syrian people, like multipartite elections. It is all history now. Half of the Syrian population has lost everything, their homes, their jobs, their estate and their hopes for a future in their own homeland.

What is also striking is the total inability of the only remaining "superpower" in the world, the Unites States, to broker peace. Neither Turkey nor the European Union countries (starting with France) have the necessary capacity to durably influence the outcome of the civil war in Syria. Very much like in Spain, democracies were reluctant to support legitimate democratic demands, whereas dictatorships were happy to support Franco and his rebel army.

In the absence of the world superpower, regional countries took the risk of brokering a peace deal, or more precisely a deal to stop the bloodshed. Syria has ran out of blood to shed and cannot support any further fighting. Iran is not happy with the situation, they built on the perspective of an Assad victory, the situation is definitely short of this. Russia is becomingly increasingly anxious about its role in a majority Muslim country, in view of the repercussions such an attitude can cause among its own Caucasian Muslim populations. The specter of Grozny is never very far.

Turkey, which has wanted a Syria without Assad since 2012, had to step back in its attitude in order to open the door to the halting of the massacres. The Turkish Armed Forces (TSK) are still very active in a limited area, but it is very likely that the initiative, taken jointly by Turkey and Russia, hesitantly accepted by Iran, will achieve diplomatically what has not been possible militarily: A cease-fire and negotiations to establish a durable, sustainable system in what is left of Syria.

What was also very striking was the fact that the Obama administration almost plainly refused to be part of this equation, and that the Trump administration is not very enthusiastic to take part in the negotiations. This is a blatant example of what future international relations might look like: The regional multiplication of initiatives to establish an acceptable modus vivendi, among countries and among populations within countries. In a word, an addition of multipolar systems.

This will be a first since 1956 and the failed Suez operation by European former colonial powers. A world where peace can be brokered with the notable absence of the transatlantic superpower. The outcome of the Astana negotiations is extremely and vitally important for Syrians and for humanity. It will show the success or failure of a new approach.
Last Update: Jan 25, 2017 1:27 am
RELATED TOPICS