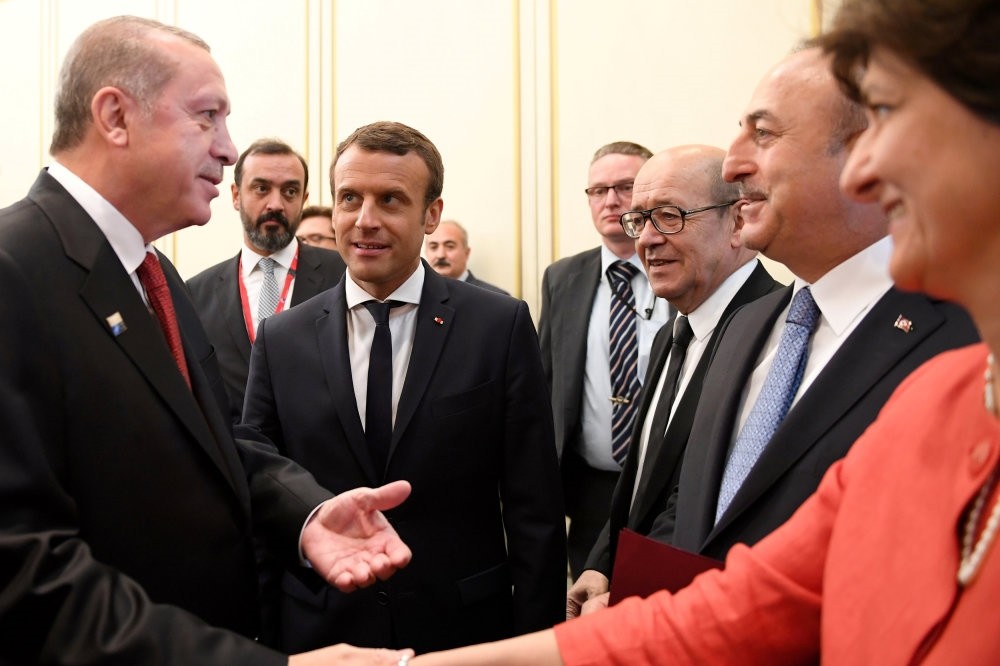 Macron's victory closely resembles that of the ruling AK Party under the leadership of Erdoğan in 2002 when a new era, new challenges and new balances started in Turkey

French voters chose their champion, Emmanuel Macron, in the first round of presidential elections. The second round was almost his coronation; he succeeded, while slashing the opposing villain, Marine Le Pen.

Then came the parliamentary elections, usually favorable for the president-elect. Still, taking into consideration the high degree of ossification of the French political party system, many analysts were doubtful as to how Macron, without a structured political force behind him, would be able to secure a supportive majority in the Assemblée Nationale.

I even wrote in a previous article an evaluation that I sorely regret now: "Parliamentary elections (in France) are very different. They are organized in small, uninominal constituencies, in two rounds. Usually, once the president is elected, his followers obtain a comfortable majority of seats in the lower chamber. It is true for presidents who have been supported by established, conventional political parties. This is not the case for Macron, who has to establish a political movement just before the elections. He has already proven his ability to structure a winning political movement in no time. But this could be different."

I am almost amazed to see how unfounded my reticence was regarding the performance of La République En Marche, the name of the new political force established at the last moment by Macron and his team to win the elections. Not that their performance was outstanding in the first round of parliamentary elections: A solid 32 percent of the votes cast, the main opposition party LR (Les Républicains, the conservative right, which has been changing its name for the umpteenth time since 1950) obtained around 21 percent, equaling François Fillon's score. They were counting very much on a parliamentary victory to challenge President Macron during his five-year-mandate. This has been a total failure; they are going to get only one-sixth of the seats in the Assembly: a little too short to be a real pain for Macron.

The Socialist Party almost vanishes, with again a very low score, a meager 10 percent, the Marxist Left of Jean-Luc Mélenchon could only get 11 percent and the dreaded Front National of Marine Le Pen scored lower than 14 percent. According to estimates, the second round of the elections would give LRM between 415 and 455 seats out of 577; Les Républicains, between 70 and 110. The Parti Socialiste, which controlled half of the outgoing National Assembly, would get between 20 and 30 seats; LFI the Marxist Left between eight and 18 seats; The Front National, which had only two deputies, would have between one and five seats.

This is a landslide victory for Macron and devastation for the established, conventional political parties. The Socialist Party has been virtually thrown into a never-never land. The Conservative Party, which was poised to win these electoral contests only a few months ago, is in a sorry state and the extreme-right is barely surviving, as well as the extreme-left. The most striking point of these elections was definitely the low participation level. Less than 50 percent of the voters went to the ballots. For the public, it is obvious that choices were already made and there was no last minute resit examination for former political forces.

In a way, this electoral quagmire and the surprises it has created in France in 2017 are reminiscent of Turkey back in 2002. It is worth remembering that this was the first election the Justice and Development Party (AK Party) participated in; their score was around 34 percent, very much like Macron's party score. The opposition party the Republican People's Party (CHP) got around 20 percent of the votes and remained the main opposition force. All the other political parties received votes b

elow 10 percent, which did not allow them to get any seats in Parliament. This was the beginning of the end for established conservative-liberal parties like the True Path Party (DYP) or the once-powerful Motherland Party (ANAP). They gradually went into oblivion. This was a profound overhaul for the Turkish political system, corrupt and inefficient.

It would be unfair to say that French political parties were as inefficient and as obsolete as in the case of Turkish political forces back in 2002, but it is obvious that these elections herald a new era, new challenges and new balances within the French political arena. Having tried the leaders of the two major political forces for the presidency, Nicolas Sarkozy from the Conservative camp and François Hollande from the Socialist Party, the French public has voted for a median solution: No to polarization and support for center right and center-left at once. This new electoral panorama is likely here to stay. We have to see how such a change can be used, even optimized, to mend and deepen relations between Turkey and France.