Confronting the threat of xenophobia 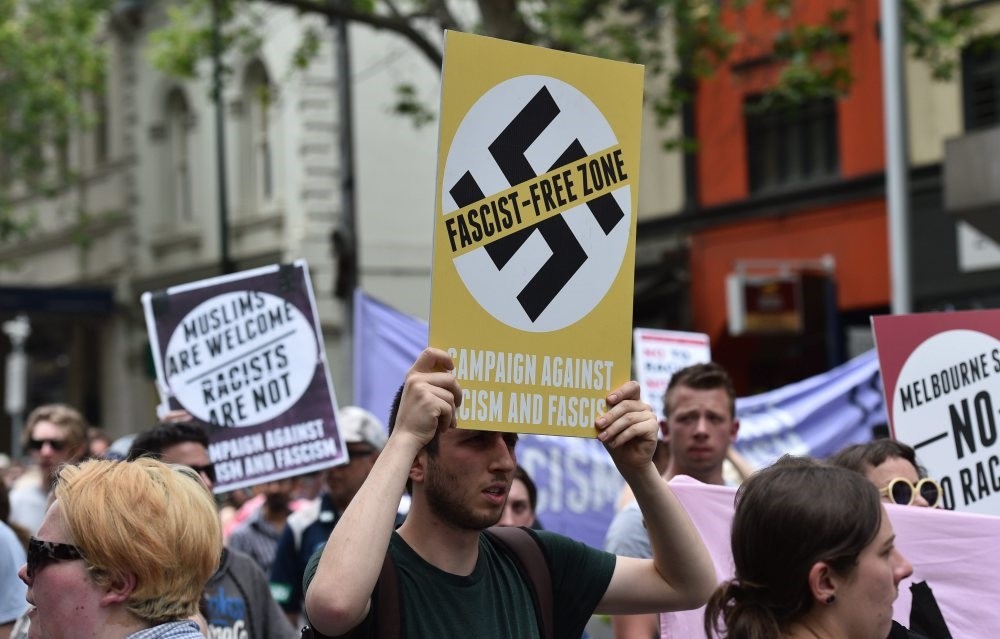 Activists demonstrate during a protest against the rising xenophobic and racist discourse of politicians around the world, Melbourne, Australia, Nov. 20, 2016.
by Emre Gönen Aug 08, 2017 12:00 am

To fight against a common enemies of racism, intolerance and xenophobia, governments of partner countries should start by removing all references to racism or Islamophobia in their respective incrimination

Relations between Turkey and the EU have gone from mildly bad to antagonistic in a matter of six years. Not only have the institutional ties been almost totally severed, but the tone and the style of public statements has gotten totally out of hand. The nadir came just before the constitutional referendum in Turkey, when Germany, Austria and the Netherlands made clear that they did not want to host electoral campaign meetings on their soil for Turkish citizens living in these countries.

Already, a tangible change in the "style" of public declarations is visible. Both parties accuse each other of a variety of deeds, but in the end, realpolitik prevails and institutional ties survive together with collaboration on salient issues such as the immigration issue.

Is it really that simple? Can we put all our faith in "realpolitik" and continue as if things are being dealt with enough know-how on both sides? Will we really forget the harsh words impregnated with racist connotations on both sides? Can the mass media become more tolerant and advise understanding and moderation to the public? Will insults added to injuries be forgotten easily?

Nothing is less sure. In Europe and in Turkey, the xenophobic discourse is gaining ground. In the meantime, the cooperation to help Turkey deal with 3 million refugees from mainly Syria is being continued by the EU. This creates a surreal situation where on both sides public opinion is being provoked against each other, while on the institutional level a deep-running collaboration is taking place to deal with a common problem: The immigration issue.

Immigration is fueling xenophobic attitudes and sentiments both in Europe and in Turkey. A new movement called "Génération Identitaire" (Generation Identity), a political movement from France, created in 2012 in order "to fight massive immigration and Islamization of Europe" is gaining ground. Their discourse is purely white supremacist and they have recently hired a ship, the "C-Star" to tour the Mediterranean coast of Libya in order to dissuade and threaten candidate migrants. They have been retained in Suze for a week and in the Northern Turkish Republic of Cyprus, where the crew has been detained for carrying false identities, to be relaxed later because of the absence of dependable proof. Their endeavor has met brave resistance on the part of Tunisian fishermen who have been tracing the ship's route and preventing it from docking in the Tunisian port of Zarzis, while the mobilization of fishing boats was taking place in other Tunisian ports like Sfax, Djerba, Gabès and Skhira. The infamous C-Star ship has also been following and harassing the rescue ship Aquarius, chartered by SOS Mediterranean and Médecins Sans Frontières.

In Turkey, more and more stories are emerging on social media of so-called "assaults" on Turkish citizens by Syrians. Because of the intransigent attitude of the government concerning the future of these refugees, such xenophobia remains confined to a minority and are not tolerated by the public authorities. However, this does not mean that there is no xenophobic discourse within Turkish society.To fight against a common enemy, which is racism, intolerance and xenophobia, governments of partner countries should start by removing all references to racism or Islamophobia in their respective incriminations. This is a vital issue to handle this extremely touchy situation diligently. One cannot expect two different governments, incriminating each other with references encompassing terms like dictatorship or the Third Reich, to collaborate in all faith for repelling fascistic movements in their respective countries.

One of the most "interesting" deeds done by this fascistic Génération Identitaire has been action to stop the building of a mosque in Poitiers, France because the place is the shrine of Charles Martel's victory over the Andalusian Omayyad, saving France from the domination of Islam, back in A.D. 732.

This is pure fascistic mythology in its purest form. The adverse reaction is to see the "Crusade spirit" whenever Turkey is in discord with the EU. Political elites on both sides would be very rightly inspired to repel such references in their public declarations to really pave the way for sound collaboration in the direct vein of the universal values of human rights, democracy and pluralism.