The eurozone: A hard core for the EU? 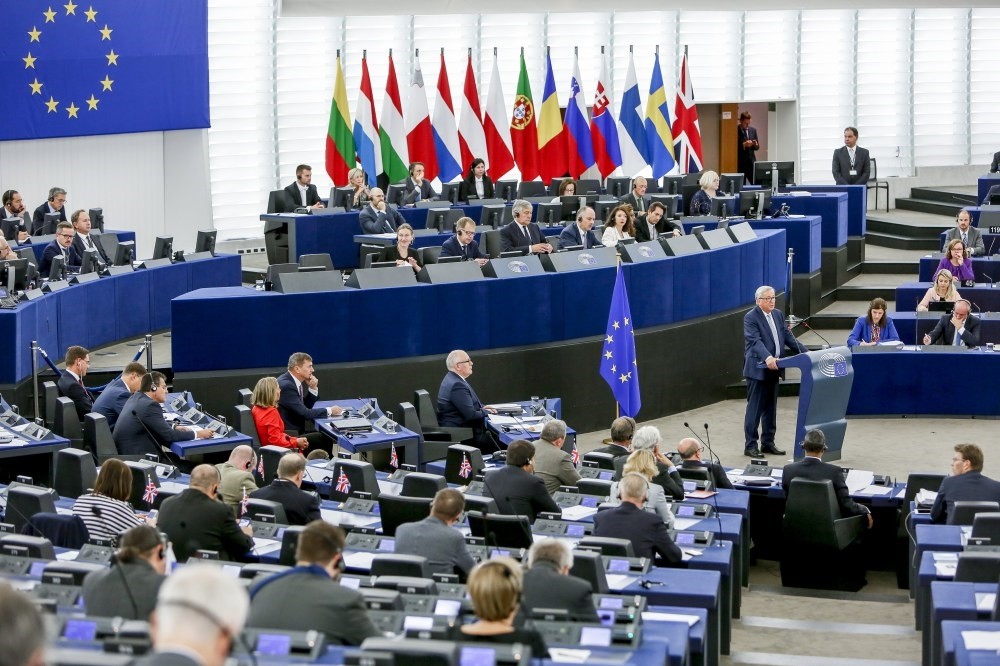 The EU needs to immediately adopt a new perspective, saving itself from being affected by the current discrepancy among its member states

The more apparent it becomes that the Maastricht criteria necessary to enter the eurozone are becoming unreachable for some member states, the more pressure to it is establish a "structured inner core" for the EU.

France's Emmanuel Macron has been strongly insisting recently on establishing separate governance for the eurozone, while German Chancellor Angela Merkel is dubious on whether heavily structuring an "inner core" would be successful.

Barry Eichengreen, in Social Europe, has summarized the dilemma dexterously: He said: "[T]he euro has always been a Franco-German project. With a dynamic new leader in one country and a fresh popular mandate in the other, there is now an opportunity for France and Germany to correct their creation's worst flaws.

But the two sides remain deeply divided. Macron, in long-standing French tradition, insists that the monetary union suffers from too little centralization. The eurozone, he argues, needs its own finance minister and its own parliament. It needs a budget in the hundreds of billions of euros to underwrite investment projects and augment spending in countries with high unemployment.

Merkel, on the other hand, views the monetary union's problem as one of too much centralization and too little national responsibility. She worries that a large eurozone budget wouldn't be spent responsibly. While not opposed to a eurozone finance minister, she does not envision that official possessing expansive powers."

So again, it all comes to the money to be spent. The major structural flow of the euro is that it is purely a federal instrument. However, governance of the single currency does not really have a federal structure. Of course, the European Central Bank is independent and has been framed according to the model of the Bundesbank; of course, the European Union Economy and Finance Ministers' Council (the Ecofin) has large latitude to make decisions by polling together national sovereign rights.

Still it is not enough. Nothing has been foreseen within the EU for a "structured inner core functioning." Implementing "differentiated integration" within the EU is possible. The latter means that at least eight member states can decide to deepen their integration in a given field. This is basically the case in the eurozone. Still, differentiated integration exists chiefly in theory and has not been applied yet because it requires the assent of all member states.

Eurozone ministers do get together often, but these are all informal meetings, creating much uneasiness among non-eurozone member states that feel somehow ostracized in time. Therefore, governance is being carried out "the EU way," meaning through an incredible number of meetings, negotiations and partial agreements.

This may not be an ideal way, but with an EU limited to 12 member states, as it was thought by Jacques Delors and Lord Cockfield when they prepared the master plan for the Economic and Monetary Union, this could have worked. With 28 members (maybe 27 in the future), this is not working properly. The distance between the political approaches of eurozone countries and non-eurozone member states is growing. To overcome this situation, a "banking union" as advocated by Eichengreen in his article would be an intelligent move, definitely short of creating long-term smooth functioning.

What is really needed is a federal inner core, the consolidation of the France-Germany axis into a viable framework of governance. But this is very unlikely to happen.

Why? Zaki Laidi explained it succinctly in his interesting book, "Norms over Force: The Enigma of European Power" back in 2008.

"At this stage, [Laidi begins] by formulating a hypothesis: Europe has several instruments of power, including the instruments of a superpower. But it has little chance of achieving the rank of superpower, not because it does not have a military force - as it is too often claimed - but because, basically, Europeans do not see themselves as the ultimate guarantors of their own security. That is a fundamental starting point.

In the hierarchy of important actors in the world system, Europe shares this particularity with Japan; this is obviously no coincidence. After 1945, Japan sought to turn its back on its imperialistic past. As for Europe, it wanted to break the endless cycle of confrontation between nations at a time, moreover, when it had exhausted its needs for imperial conquest. The Rome Treaty followed on the heels of the Franco-British debacle in Suez."

The assessment is very pertinent: The European Union is not a hard power because it does not want to become one. It is made up of countries, which had their own continental or colonial empires up until World War II. After European civilization committed suicide through two world wars, the trauma created was so intense and so deep that it still haunts the ideas and strategies of EU leaders.

The EU has not been designed to become a "super state," encompassing a number of nation-states. The approach was new, uncharted and it did not have a real master plan. What looks like the weakness of the EU is in fact its strength: The need to reconcile every member state through unending negotiations and the possibility to change the structure according changing conditions.

The sheer number of member states, all having the same rights, has made the negotiating dimension of EU functioning quite dysfunctional. This is the main obstacle to overcome for the EU. The solution for the problem is the problem itself: How to convince non-eurozone states to accept a multi-zonal EU structure? What is to be done with countries in the eurozone that are not capable or willing to stay in, with Greece being the most visible example?

On the other hand, so long as Turkish accession is unwanted by the EU, or at least by a large majority of member states, how does it establish a cooperation zone that would welcome countries (like perhaps the U.K. in the future or Turkey) that have very interpenetrating relations with the single market, but who do not want or succeed to become member states?

The problem is not the necessity of the EU, the problem is the fact that the EU's existing master plan (the EMU) was foreseen for 12 member states at most, and after the fall of the Berlin Wall, EU leaders refused to choose between enlarging and deepening to carry out both at once. This does not work anymore.

The issue is not just a conjuncture deadlock for the EU; it will influence developments in all countries in Europe and in the Middle East, not speaking about the Caucasus and Ukraine. A new perspective for the EU is urgently needed, not for the EU's sake only, but for a much larger region.