Can Iran be reformed, or is it too early? 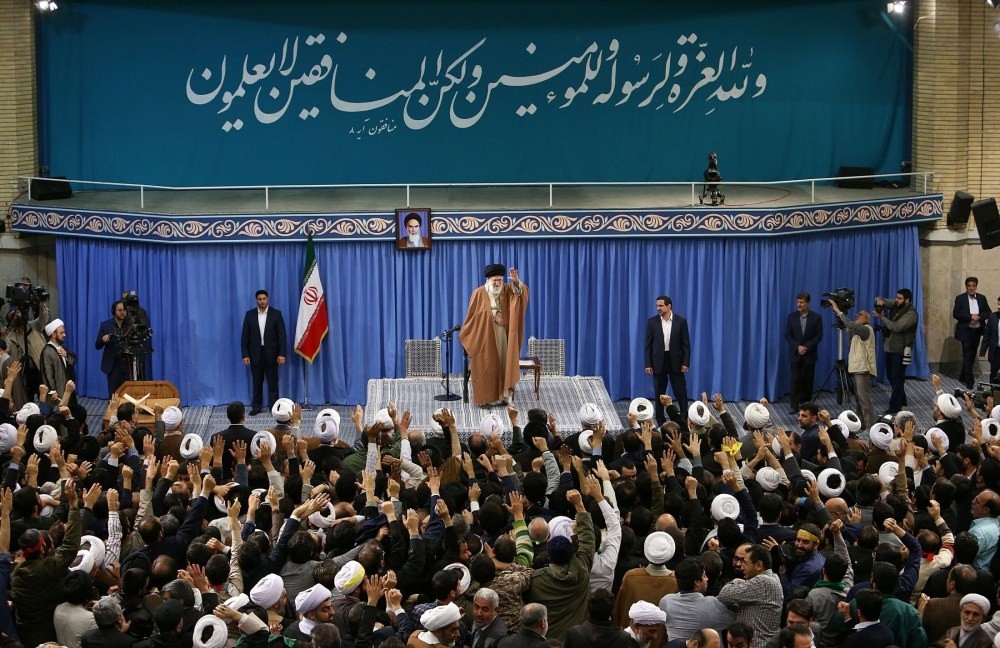 The Iranian Revolution fought against absolute poverty, but over time has established a very unfair distribution of wealth

Recent years have seen the Islamic Republic of Iran recover its luster and efficiency in international relations. Back in 2002, the Islamic revolution was in tatters, having to deal at once with a very tense situation on the Iraqi border and on the Afghanistan front. The Taliban were giving a very hard time to Iran-backed Shiite militias and the Iranian military was practically at war against Saddam's forces on its long western border.

It was no better on the economic front. Before his death, Supreme Leader Ayatollah Ruhollah Khomeini had ordered the back payment of all Iran's foreign debt, which practically ruined the Iranian economic system. Coupled with the immense burden of pensions paid to dead soldiers' families, the Iranian system was having extreme difficulty delivering.

After 9/11, the neocon U.S. administration decided to take revenge without really knowing whom to attack. The most visible target was the Taliban, but nobody believed that the Taliban could have been able to stage such a vast terrorist attack in the U.S. Saddam appeared to be a more tangible explanation, and the U.S. attacked Iraq in spite of huge opposition from Europe. Most EU countries, including Germany and France, plainly refused to take any part in the war. President George W. Bush's Secretary of State Donald Rumsfeld insulted them as being "the Old Europe."

Not only did the war in Iraq not give any positive result as regards the destruction of so-called "mass destruction weapons" that did not exist, but it ignited dynamics that profoundly shook EU solidarity and the Middle East as a whole. The only country that really benefited from this quagmire was Iran. With Saddam gone and Iraq totally emasculated as a military force, Iran could divert a major part of the budget to investments. The increase of oil prices also helped the economy to recover slightly. In fact, the U.S. neo-con approach saved the Islamic Republic from a deep structural crisis.

To compensate for its dreadful international policy, the Bush administration tried to impose severe sanctions on the Iranian economy, putting forward the nuclear arms treaty. The fact is that Iran remains a rent economy, and 55 percent of its revenues stem from oil and gas exportation. The country sits on an ocean of oil and natural gas. However, the very intricate structure of the administration and of the economy prevents the country from really benefiting from this natural wealth.

There is a large parapublic sector, which is described by Thierry Coville and Mehrdad Vahabi in the "Revue internationale des études du développement," as being an "economic system outside of the government's economic power, still receiving important financial advantages from the state."

Foundations, both religious and revolutionary, are the bedrock of this sector. The Astan-e Qods foundation, which manages the pilgrimage to the shrine of Imam Reza in Mashhad, is a good example of a small foundation that has turned into an important business conglomerate over time. Revolutionary foundations were established after the ouster of Shah Reza Pahlavi in 1979 by confiscating companies and factories belonging to the entourage of the shah or to private foreign owners. Some of them have turned into immense corporations over decades. The Mostazafan Foundation of Islamic Revolution, formerly the Foundation of the Oppressed and Disabled, which is a charitable trust known as a "bonyad," is the second-largest commercial enterprise in Iran behind the state-owned National Iranian Oil Company.

On the other hand, the Islamic Revolutionary Guard Corps (IRGC) has its own economic conglomerates that are especially active in the energy and construction industries. The IRGC's influence within the state apparatus has created important benefits for their undertakings. Not only do they not pay taxes, but they also receive important state subsidies.

All foundations and IRGC undertakings are independent of the government's economic and taxation policies; they respond directly to Supreme Leader Ayatollah Ali Khamenei, creating a state within a state. The private sector in Iran cannot cope with such unfair competition. There is ever-growing clientelism among different forces that combine political and economic power. This deepens corruption even further and renders Iranian economic reform utterly nightmarish.

President Hassan Rouhani published budget figures to show the extent of the parapublic sector and the government's inability to manage the economy. The uprising in Mashhad started because there is a deep-running conviction among Iranians that inequalities are rooted in the system. The Iranian Revolution fought against absolute poverty, but has established over time a very unfair distribution of wealth.

The real conflict is between Rouhani, who would like to control the economy but who cannot, and Khamenei, who really heads the major part of the economy, but who has to take into consideration the balance between different factions of the clergy and the IRGC. The increasing of trade sanctions on Iran by the U.S. will only prevent foreign investments from making a comeback and the private sector from taking off. According to Bernard Hourcade, a proficient researcher in Iranian economics, by hardening its stance on Iran, U.S. President Donald Trump and his administration are only deepening these inequalities. Such a policy strengthens Khamenei's position in Iran and destroys all opportunities for reforms.