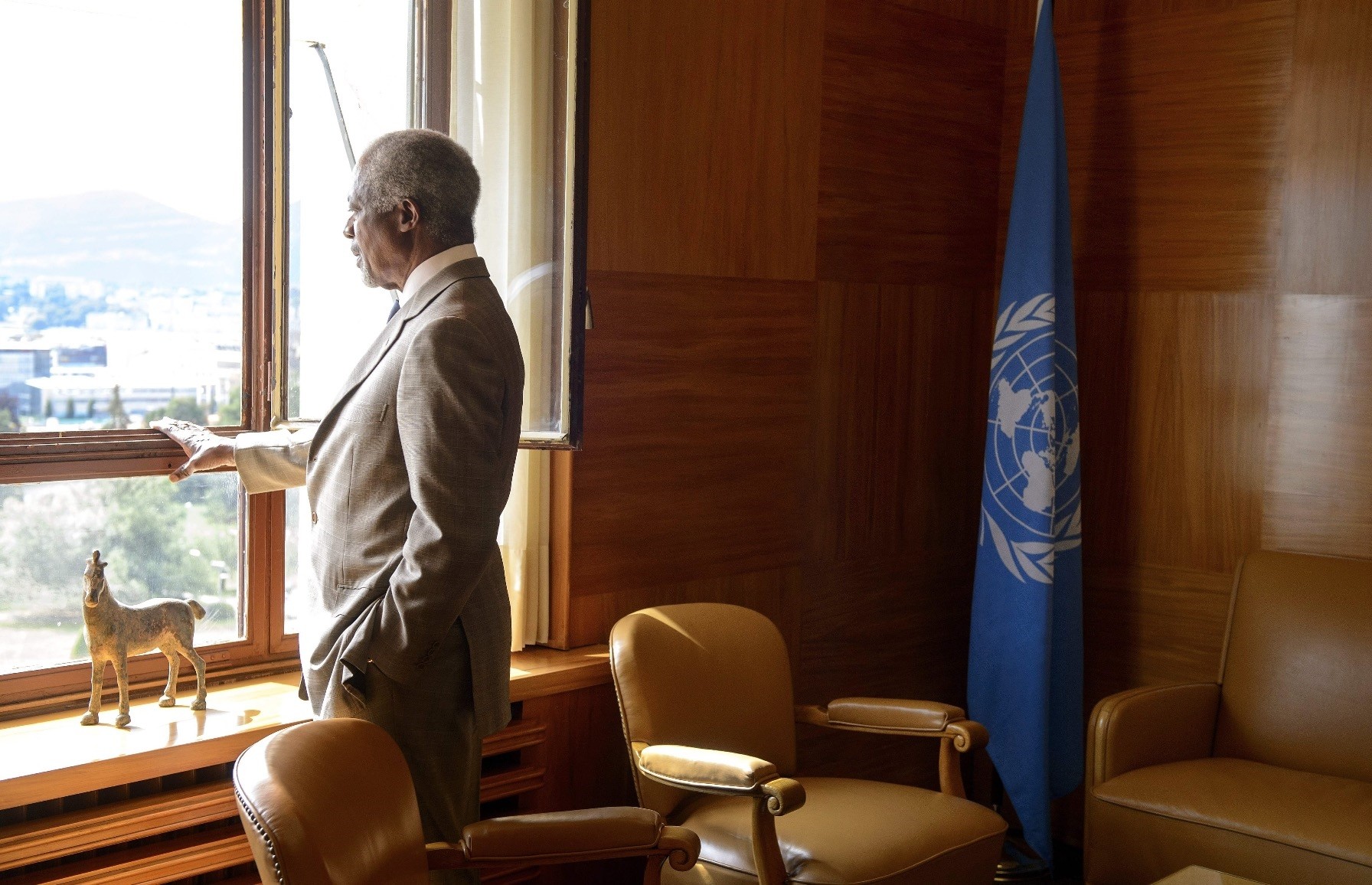 Kofi Annan was a hero for millions of Africans, a hope for world peace and a symbol of equality and justice; he has left the world with an inspiring and encouraging memory

Kofi Annan, the legendary secretary-general of the United Nations, passed away peacefully after brief hospitalization in Berne, Switzerland. He will be remembered not perhaps by his durable achievements but by his character, elegance, views and common sense. He was an African, from Ghana – a country already famous for having challenged the rules of international relations under Kwame Nkrumah, when the latter established the Non-Aligned Countries Movement, together with India's Nehru, Egypt's Nasser, Indonesia's Sukarno and Yugoslavia's Tito.

Kofi Annan was a pure product of colonial heritage. Born in Kumasi, the former capital of the illustrious Ashanti Empire, one of the biggest imperial systems in Africa, he was raised in a wealthy family. His father was a well-known diplomat, he received one of the best Western education possible; he received his bachelor's degree in Economics in 1961 at Macalester College in St. Paul, Minnesota. Shortly after completing his studies, Annan headed for Geneva, Switzerland, where he attended graduate classes in Economics at the Institut Universitaire des Hautes Etudes Internationales. He also studied at the Massachusetts Institute of Technology (MIT), as his wife was Swedish he made his professional career in international organizations and more precisely within the United Nations.

He represented African wisdom at its best, a sophisticated mix of respect, flexibility and tradition. Alongside with other very capable African leaders and public officials, like Léopold Sedar Senghor, Amadou Makhtar M'Bow, Agostinho Neto and Amilcar Cabral, Annan had a universal mind that would earn him an enviable place in history.

Coming from the imperial Ashanti tradition, knowing Western life, culture and philosophy to perfection, having spent his entire career in the paramount international organization, namely the United Nations, Annan possessed a perspective and understanding of international relations rarely matched by diplomats.

He started to work for the U.N. in 1962 and gradually climbed the stairs of hierarchy, to become deputy secretary-general. He witnessed, mostly unable to mobilize the great countries to support his efforts of mediation, the terrible genocide in Rwanda and Srebrenica. When Boutros Boutros-Ghali, the Egyptian secretary-general of the U.N. saw his mandate coming to a swift end, Annan was not the best candidate in place to succeed him. An African was poised to succeed Boutros-Ghali but the French wanted someone from French-speaking Africa, whereas the British were not keen at all to see a Ghanaian at the head of the U.N. Russia and China would have preferred a politician coming from independence movements, so Annan was not supported really by anyone, except the United States who proposed him as a candidate for compromise. The U.S. thought that Annan would be grateful to them for the support and then they could monitor him at the U.N.

The exact opposite happened, under a very elegant and calm posture, Kofi Annan remained staunchly opposed to U.S.-led wars, especially in Iraq in 2002. He declared publicly that the war waged against Saddam Hussein by the new neocon administration in Washington was "illegal." He remained extremely strong in his respect for international law. George W. Bush and his administration came to understand that Annan was one of the last representatives of international diplomacy tradition, in direct vein with Democrat Party presidents such as Roosevelt or Truman. He is said to have repeatedly used the famous address by Harry Truman in 1945, at the U.N. Conference in San Francisco: "While these great states have a special responsibility to enforce peace, their responsibility is based upon the obligations resting upon all states, large and small, not to use force in international relations, except in the defense of law. The responsibility of the great states is to serve, and not dominate the peoples of the world."

His staunch opposition to the war in Iraq has been supported by millions of people in European cities, who went into the streets to protest, also by the two major European countries, France and Germany, vehemently trying to stop the U.S. war machine. The French prime minister at the time, Dominique de Villepin, made a memorable speech at the General Assembly of the United Nations, which received one of the longest standing ovations from the delegates. We know now that Annan was very clairvoyant regarding the terrible consequences of the war in Iraq.

He was the only secretary-general, together with Dag Hammarskjöld, to ask for a special military intervention force under the orders of the U.N. secretary-general. Some forty thousand troops were needed, he said, to be sent immediately to the conflict zones all around the world, without having to try to patch up different contingences of different countries each time, and to form the Blue Helmets that most of the time remained ineffective. Hammarskjöld's plane was shut down over Zambia (then Rhodesia) in 1961, and Annan never saw any step taken towards the establishment of a special U.N. military force.

His name will definitely be remembered in Turkey, because of his outstanding efforts to find a solution to the problem in Cyprus. All the secretary-generals starting from U Thant, including Kurt Waldheim, Xavier Perez de Cuellar, Boutros Boutros-Ghali, Ban Ki-Moon and Antonio Guterres tried to carry out a feasible solution to the separation of Cyprus. Annan was the only one, who came with a workable plan, proposed to both communities on the island. The outcome was a massive "yes" on the Turkish side, and a massive "no" on the Greek side.

Annan's reunification plan of Cyprus failed, and to date it remains the only plan whose final report, to the Security Council, has never been read and debated due to the Russian veto.

He will remain a very far-sighted international diplomat, who underlined the dangers of climate change and the shortcomings of globalization. A Nobel Peace Laureate, he was probably one of the few human beings who really deserved this prize. He will also be remembered as the mediator for the Syrian civil war, from which he resigned declaring that he did not have enough support from major countries. Annan was one of the last representatives of sound and peace-seeking international diplomacy, he will be sorely missed.