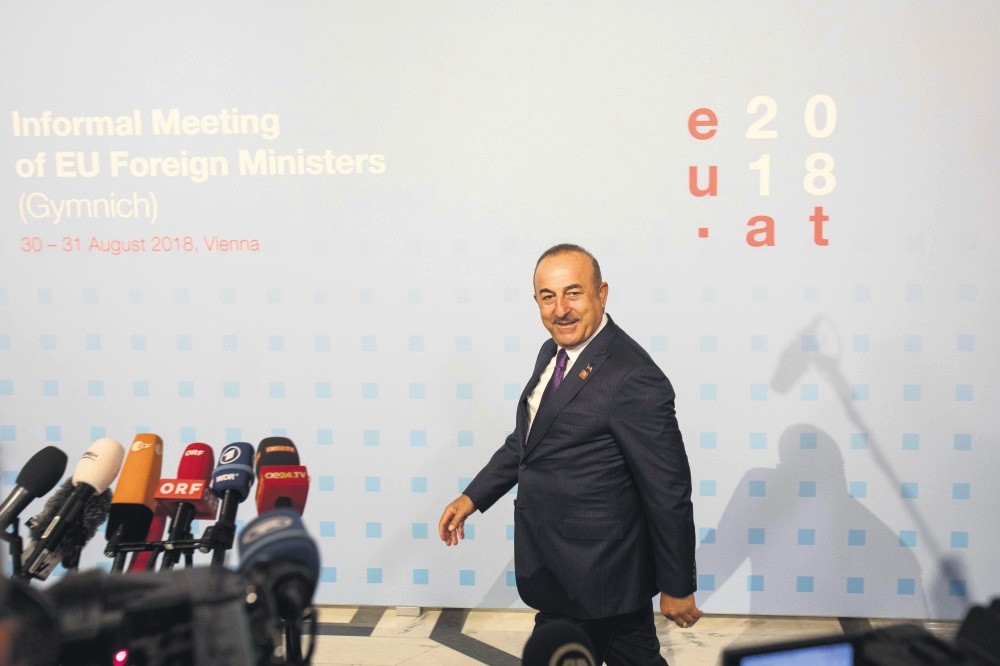 The restart of Turkey's EU accession process depends on both Ankara's democratic steps and the union's sincere approach toward them; otherwise, Turkey's EU journey cannot finish with a happy ending

Relations between Turkey and the EU have been deteriorating since 2013. Talking about the institutional framework, which is the accession negotiations, the whole system remains frozen. This is a first in EU history. Since 1947, the European countries have been sitting almost without break at the negotiations table. Some of these negotiations – such as the Coal and Steel Community – were successful. Some others failed – such as the European Defense Community in 1952. A third category of negotiations came to a successful end, but were never implemented properly – as the Customs Union between France and Italy in 1947.

However, never have such a delicate and sophisticated negotiations process like accession negotiations taken so long and not been terminated, or continued. Great Britain saw its negotiations interrupted twice, in 1961 and 1967. Nevertheless, after Charles de Gaulle's death, France's Pompidou invited the British Premier Edward Heath at the time unofficially to Paris to revitalize the accession process, which was wrapped up successfully in two years' time.

Turkey has been denied the possibility to see any new chapter opened or the continuing Customs Union system be revised. The EU, at the highest level, officially decided that. Therefore, it would take a similar step to correct this situation and allow Turkey-EU relations to go on smoothly.

Is such a thing possible? Last week, the four senior ministers of the Turkish government, holding the Justice, Foreign Affairs, Finance and Home Affairs portfolios, came together for a public declaration. Their meeting forms the reform survey committee, which the Turkish government organized as a steering group for monitoring the harmonization with the Acquis Communautaire a while ago. This was their first public meeting in three years. It is nonetheless important that four senior ministers make a public declaration together, underlining the importance of EU integration for Turkey. Their declarations did not encompass tangible changes and reforms in that field, except for the visa-free travel agreement; it was mainly a political declaration. It is important in that sense, but relations with the EU are so badly damaged that it will take a lot more steps and implementations to start to mend them.

In view of the turmoil in international relations in general and Turkey's difficult situation in particular, it is necessary to get closer to the EU principles and functioning. On the part of the EU, how would the answer come? For the time being, no reaction was seen. This means that the mistrust between the two parties is so deep that it needs very tangible and efficient steps to be taken on the Turkish side to really start to change the despicable situation our relations are in.

For the time being, it would be wise to forget about any real opening on the EU side, except perhaps some "normalization" in bilateral relations. There are signs to show that this is happening, especially from France and Germany. This is all we can expect for the time being: cooperation on vital issues like the civil war in Syria, the financial turmoil affecting Turkish currency and the incredibly erratic and heavily damaging attitude of the U.S. under Donald Trump's grotesque leadership.

This is all that can be expected from an EU rapprochement. For all the rest, it will take deep-going normalization of our democratic functioning before we start making any demands. It is worth remembering that the EU betrayed its own principles in 2006 to sabotage Turkey's accession process when everything was going smoothly. So let us stop daydreaming and try to decipher what can be salvaged in our relations as of today. "The rest is silence," as Prince Hamlet said. In church, Elizabethans were told revenge was always a sin, even when it was justified.