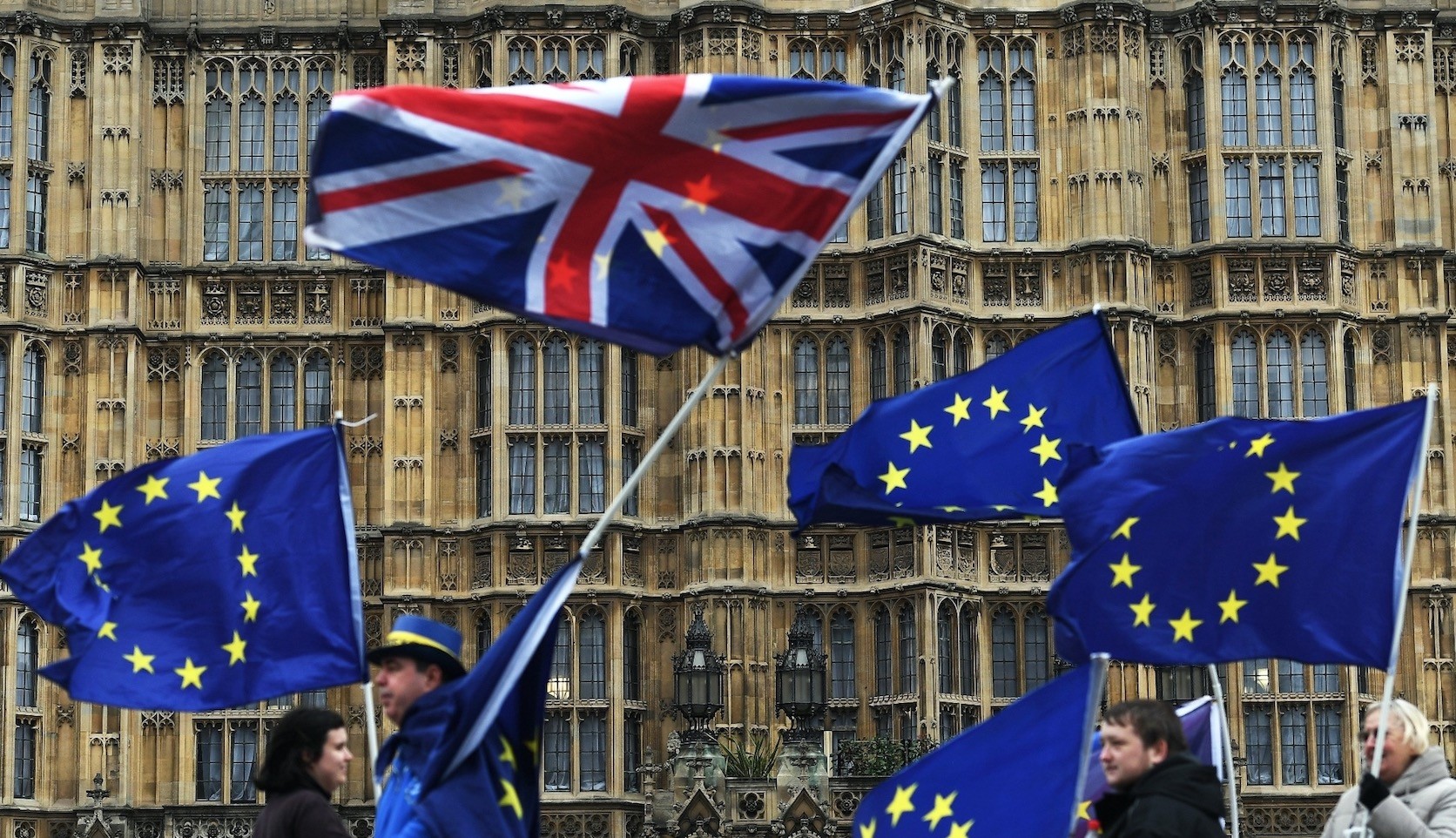 EU supporters protest against the Brexit campaign outside the Houses of Parliament in London, Jan. 29.
by Emre Gönen Sep 26, 2018 12:00 am

The Brexit story keeps developing as the Labour party seeks to push the Tories into a second referendum, while EU leaders continue to make demands, straining the negotiations. All we can do is wait and see how the U.K. premier will handle all of these issues

The more the fatidical date approaches Great Britain to leave the EU, the more things are getting messy. What was seen a year ago as a very improbable scenario, the "no deal," is becoming more and more a strong probability. Partners in the negotiations are consolidating their respective positions, and the atmosphere is very heavy around the negotiation table.

The European Commission is adamant on sticking to its guiding principle: Either a comprehensive deal covering all aspects, or no deal at all. On the other side, Great Britain is trying to shape the British exit in conformity with British interests. Parties are not moving toward common ground because of these diverging approaches.

The problem with the British government is that a referendum was organized to get the U.K. out of the EU, without really considering the consequences. David Cameron, to extinguish the fire of civil strife within the Conservative Party, had chosen to ask "the people" whether they wanted to stay in the EU or not. This had been a political declaration before the elections, and proponents of Brexit argued that the goal was clear, so was the outcome of a public consultation, namely the referendum. All the Tory representatives who were against Brexit before the referendum, including present premier Theresa May, are now sticking to the "legitimacy" of the decision taken.

The Labour Party, whose leadership's position was at best ambiguous before the referendum, has come to understand the terrible effects of an ill-prepared departure from the EU. More and more, the Labour party apparatus moves toward the idea of organizing a second referendum, possibly securing the continuation of EU membership.

However, the Labour electorate and party apparatus, normally not deeply europhile, have to decide whether they will fight for EU membership or not. Party leader Jeremy Corbyn has declared openly that he would start campaigning for a second referendum, only if the party congress gives him such mandate. Such procrastination on the part of the Labour is definitely killing any chance to see Brexit abandoned.

Can Brexit kill the multi-centennial administration of the United Kingdom and Northern Ireland? Difficult to say, but the Irish have been declaring that a "hard frontier" between the Republic and Northern Ireland would ring the death knell of the peace process. Scotland, on the other hand, refuses to leave the EU through a sizable majority in its national parliament. These are only a few of the political problems ahead. When it comes to the economic turmoil a no-deal would trigger, even the most optimistic observers agree that it would be a tough period.

What if a second referendum is organized with the abandoning of Brexit? That would again motivate all eurosceptics who will start crying wolf, arguing that national sovereignty does not exist and there is no way out from the EU, even if the citizens want to get out.

The Brexit process has been a major political blunder on the part of the Conservative Party, and whatever happens, it will not have a positive effect on any country. In any case, it will considerably damage European integration dynamics. It will, very possibly, create a long-lasting feud between the U.K. and the EU concerning trade issues. It will create a deep anti-enlargement sentiment, already existing within the EU. At the end, nobody will gain anything from this turmoil and it will initiate European countries in becoming inward-looking, allowing for more populist policies and movements.

I have been writing extensively on the dangers that could be ignited by a no-deal situation. Unfortunately we seem to be heading directly toward such a scenario.