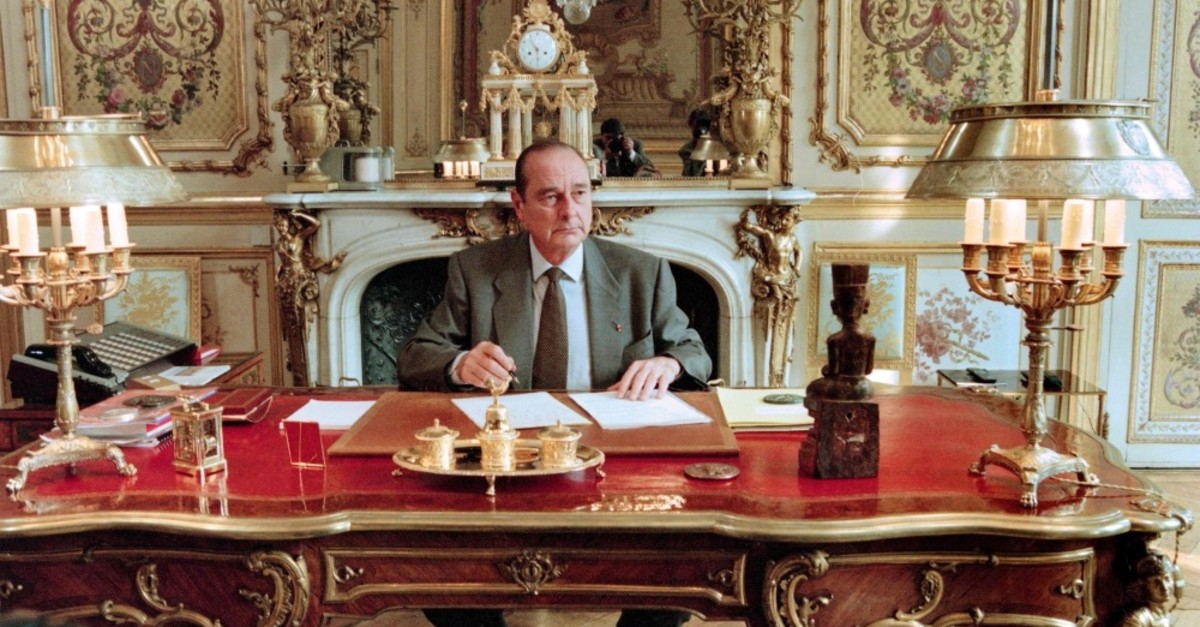 Jacques Chirac was one of the most beloved political figures in France. He left a great legacy for the country's conservative elite, which is now in dire need of a respected leader

Jacques Chirac, who served as France's president for 12 years, the country's prime minister and Paris mayor for 18 years, has passed away at the age of 86. He suffered a stroke few years ago and had hardly been seen in public since. His loss is practically ending the generation of politicians who ruled France between the 1970s and the beginning of the 21st century. The sole remaining figure is Valéry Giscard d'Estaing, the one-time ally and political rival of Chirac. Giscard turned 93 and is in good health, as seen during a very long interview he gave to a French TV channel. Giscard was probably the most clever French president, but his presidency ended in 1981, when he lost against François Mitterrand because of Chirac, who refused to mobilize his troops for Giscard in the second voting round. Chirac's career has been an example of tenacity, energy and never-ending ambition. He succeeded in becoming a parliamentarian at age 33, from his native Corrèze. He was brilliant as a student for the left, a laureate of the prestigious Ecole Nationale de l'Administration (ENA), and he volunteered to serve in the army while the war in Algeria was going on. His patriotic and militant nature took him rapidly into the Gaullist movement; he later become minister under President Georges Pompidou.

Nobody at that time thought this young, gifted tycoon could reorganize and head the Gaullist movement since there were so many different contenders who worked with Général De Gaulle during his presidency; however, this is exactly what happened.

With the premature and sudden death of Pompidou in 1974, new elections were held and against all odds, charming former Premier Jacques Chaban-Delmas was unable to go to the second round of the elections because Chirac organized the party to support the centrist candidate Giscard d'Estaing against the leftist candidate Mitterrand. Out went Chaban-Delmas, and Mitterrand lost against Giscard by a very tiny margin. Giscard then became president and Chirac prime minister, a coalition that would not last long. Both men despised each other. Giscard came from nobility, and Chirac's parents were modest French people. Not that Chirac did not live like a nobleman, but he still found Giscard despicable all his life – and vice-versa.

Chirac totally extended his domination over the Gaullist movement by founding his own party, Rally for the Republic (RPR), in 1976 and became mayor of Paris in 1977. From this date on, he dominated French conservative politics until practically the end of his political career. He was a tycoon but capable of making extremely pertinent decisions at delicate moments.

After having participated in two electoral contests for presidency and having lost them both, he was surprisingly successful in 1995 after Mitterrand's second mandate. He remained president for 12 years, winning against Jean-Marie Le Pen in the second round of the 2002 presidential elections, with an incredible score of 82% of the votes cast.

His refusal to take part in the war U.S. President George W. Bush waged against Iraq earned him immense sympathy internationally. He supported in the French Parliament's decision to provide national health coverage for unmarried young women's abortions, a legislation defended by Simone Weil, which earned him respect. He has been a conservative all his political life, but some reforms he supported, some stances he kept were more appreciated by the left than by his own colleagues.

He played an important role in the opening of EU accession negotiations with Turkey. Among all the French leaders of the end of the 20th century, Chirac remains the only without open negative against Turkey. Giscard wholeheartedly hated the idea of a Turkey in Europe.

Mitterrand had a much more sophisticated historic and understanding approach for Turkey, but his Socialist Party, with the notable exception of Michel Rocard, was extremely against any Turkish membership, mostly driven by pro-Armenian sentiment. Chirac was also influenced by the French Armenian diaspora, but he believed in the fact that without Turkey, the European Union would fall short of becoming a world power, capable of challenging China and the United States.

Chirac was a tycoon in every sense of the word; he loved crowds; he would always hug people in public places; he loved French cuisine; the French way of living; and the French remembered him with sympathy. He was found to be the most beloved French political figure in a public opinion poll recently. He suffered a stroke a few years ago that left him with long-term health issues. The French conservative political elite, in dire need of a respected leader, will miss him sorely.