New era will favor both Turkey and the EU 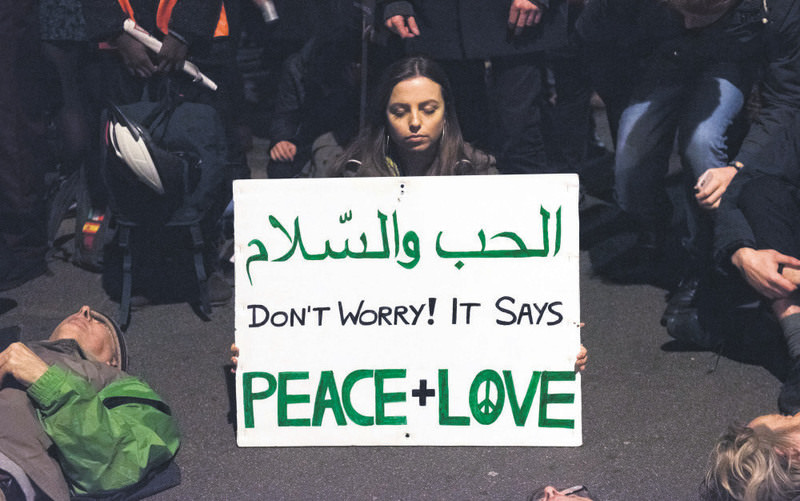 Demonstrators protest outside the British parliament in London against airstrikes on Syria.
by Etyen Mahçupyan
Dec 04, 2015 12:00 am

The new era will not only strengthen the normalization and democratization process of Turkey but also give an opportunity to the EU to benefit from the young population in Turkey, which European countries have been lacking

So far, considerable emphasis was placed on the probability that Turkey's financial aid to Syrian refugees would create socioeconomic and safety-related problems. However, the possibility that Syrians could contribute to Turkey's social dynamism in the long term and constitute a significant legitimacy ground in the short run went largely unnoticed. Considering the vote share the Justice and Development Party (AK Party) received in the Nov. 1 elections, refugees seemingly allowed the Turkish government to make a spectacular foreign policy move. The inconsiderate and inattentive acts of Russia played a major role in that since the EU needs a joint action with Turkey even more with the presence of Russia. The hidden cards are being laid on the table at the moment: Both the U.S. Treasury Department and the German Foreign Ministry announced that DAESH has an oil agreement with Assad and their cooperation is conducted by means of some Russian businessmen, companies and banks. Of course, this information is not new. The Western world has concealed the information so far, maybe to evade possible repercussions, or since it mistakenly thought that they could obtain a rational result by piling the "work" in Syria on Russia, or maybe due to the illusion that they could get rid of the AK Party if they used this opportunity.

Proving the cold-blooded rationality of politics, now NATO is supporting Turkey, and Turkey's announcement regarding the downed Russian jet has been verified, and the accession of Montenegro to NATO has been brought to the agenda to demonstrate how "determined" they are. The recent meeting in Turkey, which brought the leaders of all EU countries together for the first time in 11 years, was held in the context of this background. Even though the prior goal of the EU seems to stop the refugee influx, it is also important that they realized the vitality of engaging in permanent and long-term joint action with the AK Party's Turkey in the face of the possibility that Iran and Russia might dominate the Middle East.

Turkey was already prepared for that and particularly wished for the opening of chapters in the fields of judicial independence and freedom, which are highly criticized by the West. Following the latest AK Party discourse some may have difficulty in understanding this point. But we have a quite simple equation here: The anti-democratic interventions of the government are the outcome of a political conflict, and about one-third of the AK Party's base is not pleased with this conflict today. Consequently, if Turkey achieves a democratic leap, the vote share of the AK Party will be around 55 percent.In other words, intensifying the relations with the EU is a guarantee for the AK Party to maintain its rule. Thanks to this, we can witness a great initiative with regard to normalization and democratization of Turkey in the future. Such an atmosphere will also enable the implementation of more comprehensive methods and initiatives with regard to the resolution of the Kurdish question. Besides, the compliance of the new constitution to universal norms will be an inevitable result. If Turkey has closer relations with the EU, the opposition is expected to behave more rationally and contribute to the process actively. As long as these aspects are taken into consideration, negotiations regarding the presidential system will certainly introduce a true management model.

It is evident that the new term will also favor the EU. Besides managing the refugee issue, taking more genuine steps will be possible in integrating the Muslim population in Europe. To name a few other positive aspects, Turkey can provide a global young population to the EU, which will positively influence their economy, allowing the EU to become a more active agent in the Middle East through Turkish means.

We are on the verge of a new and long-termed perspective which will favor both sides. Turkey will advance in terms of democratization thanks to the EU, and the EU can attain a more democratic mindset within its own organization, thanks to Turkey.