Economic administration in Turkey after the new government 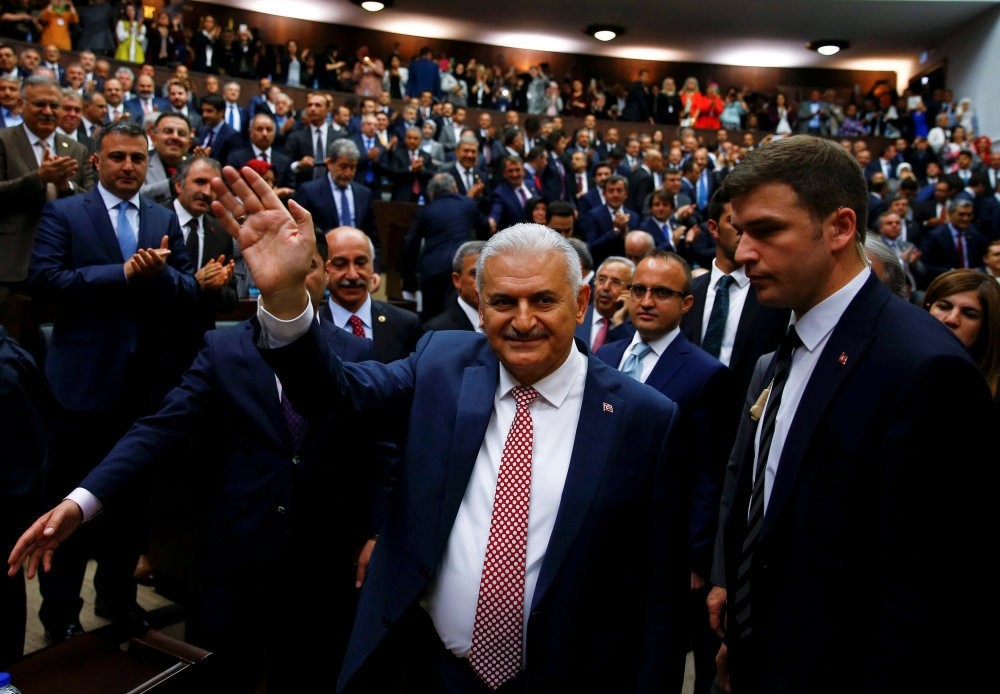 The new Cabinet's main focus will be economic growth in both the short and long term. With President Erdoğan as catalyst, the renewed AK Party under the leadership of PM Yıldırım will shape the economic administration in a rational and pragmatic manner

The period that began on May 5 has come to a close with this week concerning Turkish politics in general and the Justice and Development Party (AK Party) in particular. The AK Party held an emergency convention where it elected its new chairman and board of directors 17 days after Ahmet Davutoğlu announced that he would resign as prime minister and AK Party chairman. After Binali Yıldırım was elected AK Party chairman, President Recep Tayyip Erdoğan appointed him as prime minister two days after becoming chairman and Yıldırım's new Cabinet was approved. And now Turkey's 65th government has been established. On the same day, the new government program was read in Parliament. Today, the new government will continue on its way after receiving a vote of confidence in Parliament.

When we look back from today, we can see that we pulled through the past three weeks without a crisis. In the end, we are talking about a process in which the ruling party's chairman, board of directors, prime minister and Cabinet changed. It would not have been a surprise if this process had turned into a crisis both for the AK Party and the country. Just as this change happened without a hitch, it also did not create any worries either. What is more, this managerial change in the AK Party actually created an excitement of renewal and hope.

Above all else, it was Erdoğan's management of the process and the effort he spent to prevent a crisis from occurring that was influential in this case. Alongside this, Yıldırım now heading the Prime Ministry was regarded as hope-inducing due to him being the name behind the developmental breakthroughs during the AK Party's time in power. Be it the AK Party elite or a large part of society, many believe that the country is in need of new economic development and growth mobilization.

From 2012 to today, what has been called the middle-income trap and described as "skidding in place" by Erdoğan has negatively affected the economy and social welfare. When expectation of a political crisis was added on top of this in the aftermath of the Gezi Park incidents in 2013, which happened as a result of a negative political communication campaign, the situation became even worse. For example, in 2011 the economy had grown 8.5 percent and it was first among Organisation for Economic Co-operation and Development (OECD) countries and second only to China among the economically most developed G20 countries, but this growth rate fell to 4 percent in 2015.

This situation brought with it worries about the "AK Party miracle" in the economy, whose results were reflected in the June 7, 2015 elections. Although the AK Party placed first in these elections, it was unable to form a single-party administration, and was only able to regain sole control of the administration as a result of the Nov. 1 snap elections. During this period, the AK Party understood how important it was to show its developmental side and economic rationality and to contribute to the country's growth.

The 65th government established under Prime Minister Yıldırım gives assurances that it will take restarting economic growth motor and production- and employment-focused growth as essential and will be an economic administration that will put into practice the principles of a social state.

At the center of the AK Party's success since 2002 has been its ability to create a sense that things are going well in society. The AK Party is aware that it must bring forward this aspect of itself even more now.

Throughout this period, undoubtedly the costs created by an understanding of dual leadership in the management and executive structure of the country were clearly seen. The at times opposition shown by Davutoğlu to Erdoğan created confusion in both political and bureaucratic elites. This situation was reflected in the economic administration as well. After the appearance of a perception of a trust crisis between the actors, a dozen areas of manipulation also appeared in the management of the economy and foreign policy. This area of manipulation harmed the country's economy and foreign policy.

In this sense, Davutoğlu leaving office and Yıldırım taking his place carries the purpose of once again bringing forward the AK Party's developmental side as well as closing the areas of manipulation in the economic and foreign policy administration by eliminating the perception of dual leadership.

That the new Cabinet will shape the economic administration in the utmost rational and pragmatic manner is obvious. In the last few years, Erdoğan and Davutoğlu were artificially being presented as balance factors and that economic management was being divided between these two actors. Within this frame, and in an extremely hyperbolic manner, Erdoğan's economic advisers were demonized while emphasis was placed on opening the path for the economists who know the realities of the world around Davutoğlu.

However, we see that the actors who were presented as the "economists around Davutoğlu who know the realities of the world are also present in Yıldırım's team and Cabinet. Some analysts have said that while the new Cabinet was being shaped, inner party balances were kept in mind and that this is the reason behind having some figures close to Davutoğlu in the current Cabinet. In truth, it is not possible to speak of a center of balance other than Erdoğan's symbolic weight and leadership in the party.

Now that the 65th Cabinet has been shaped, we are bearing witness to the fact that the country's rational needs are being taken as fundamentals. From the start, Erdoğan has kept to a management style that regarded Turkey's economic growth as the most important factor. Now we can say that this approach will continue, and that in going forwar, there will be a much more aggressive development process.
Last Update: May 27, 2016 1:57 am
RELATED TOPICS