Is it the end of the attrition war in Syria? 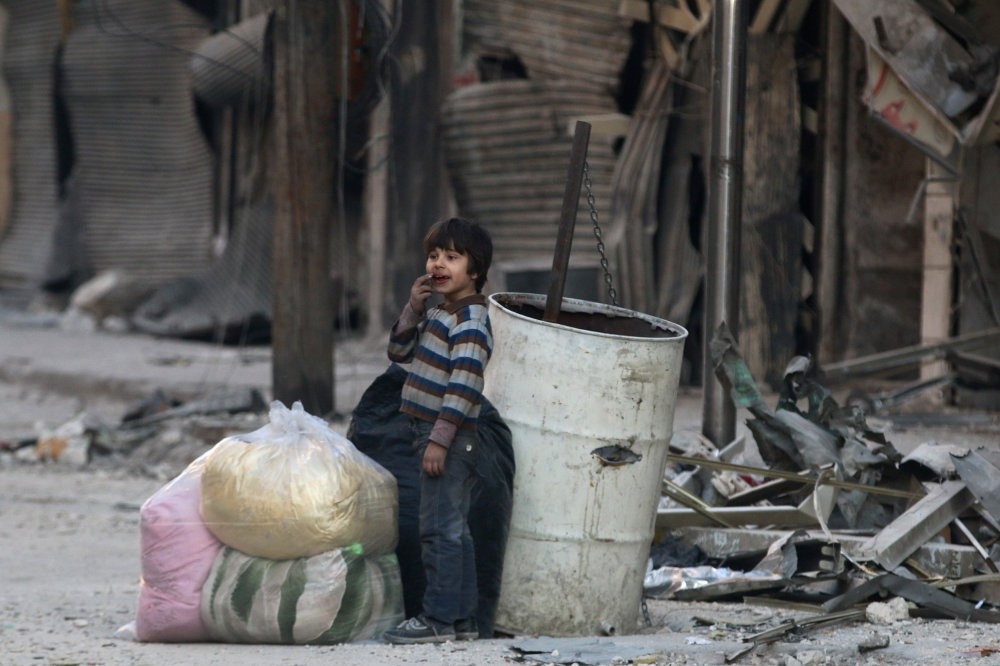 There is a genocide going on in Aleppo in front of the eyes of the entire world; civilians are being killed indiscriminately, without a care for whether man or woman, child or adult, child, young or old

These statements, "Apparently Aleppo is dying. The jihadist gangs who kill Alawites and hand out sweets are being scattered. The FSA [Free Syrian Army] and other religious ones from all around the world are the ones who are losing, that's all!", belong to the news editor of the leftist Kemalist Birgun newspaper published in Turkey. Behind this viewpoint is the sympathy felt for the Assad regime due to a Nusayri identity, an Islamophobic view, and the view that the political developments in Aleppo will directly reflect on Turkey's politics and thus negatively affect the Justice and Development Party (AK Party) administration. This is an example that goes to show how badly one's ethnic and sectarian identity can blind a person, and how problematic it is to consider the world from the viewpoint of the struggles over the administration inside Turkey.

There is a genocide going on in Aleppo in front of the eyes of the entire world; civilians are being killed indiscriminately, without a care for whether they are woman, man, adult, child, young or old. People without guns, who have never even held a gun in their life, are being murdered. Bombs are falling not just on those who insist on remaining in their homes and in their cities, but on civilians who are attempting to run away from the city. It must be said that the attacks on Aleppo are not just so that it is passed into the hands of the Assad regime, but there is an attempt to depopulate the area in order to open the way for a serious demographic transformation.

While the massacre in Aleppo continues without slowing, the struggle to clean al-Bab - right by Aleppo -from Daesh continues. Advancing with the active aid of the Turkish Armed Forces, the Free Syrian Army is right at the doorstep of Al-Bab. However, the issue now has gone beyond al-Bab being cleared of Daesh and become one of who will be left in al-Bab after Daesh has been kicked out. As is known, Al-Bab is to the northeast of Aleppo, right in the middle of Afrin and Manbij, and thus in a very important position geostrategically. This town, which the FSA had taken from the Assad regime in 2012, was taken over by Daesh in 2014.

At this point, the Assad regime does not want al-Bab to be cleared of Daesh. The reason for this is because taking over Aleppo first is a priority. Assad thinks that if the FSA forces are able to take over al-Bab first, this will mean more pressure in attacking Aleppo. On the other hand, the PKK's Syrian arm the Democratic Union Party (PYD) regards al-Bab as vital to the establishment of the Afrin-Manbij-Kobani corridor. For the last three years, the PYD's Syria strategy has been to establish an area of sovereignty to the south of Turkey. While Operation Euphrates Shield dealt a major blow to the PYD's strategy, it remains insistent on establishing an area of dominance in the south of Turkey. The most important point here is whether the PYD will be able to hang on in the west of the Euphrates.

President Recep Tayyip Erdogan said that after al-Bab, the Turkish Armed Forces (TSK) will go on to Manbij, where the People's Protection Units (YPG) still maintains a presence. Because the PYD knows well what this means, it has begun fighting against the FSA in a manner that also meets the expectations of the Assad regime in al-Bab.

For Turkey, controlling al-Bab is regarded as a necessity in order for Operation Euphrates Shield and its strategy in fighting Daesh to succeed. On the other hand, the PYD engaging in another attack to the west of the Euphrates is a worrying factor for Turkey, and gaining control of al-Bab will lower the risk of the PYD enlarging its area. Alongside all of this, al-Bab being under control will secure the Manbij-Raqqa-Afrin line and Turkey will gain more power at the negotiation table. This will allow Turkey the opportunity to defend its political solutions to the Syria crisis in a more emphatic manner.

As is seen throughout this whole conflict, the U.S. is not actually on the field as an actor. The type of strategy that its president-elect, Donald Trump, will follow in Syria after being sworn in the third week of January is a major topic of interest. At this point, Trump needs to formulate a strategy whereby he does not offend Russia and Turkey and also does not give too much space to Iran. There is a high probability that Trump's pragmatic discourse will affect the balance in Syria. It appears that all of the actors on the field are aware of this and are in a rush to grab as much land as possible before Trump sits in the presidential seat.
RELATED TOPICS