A turning point in anti-PKK fight 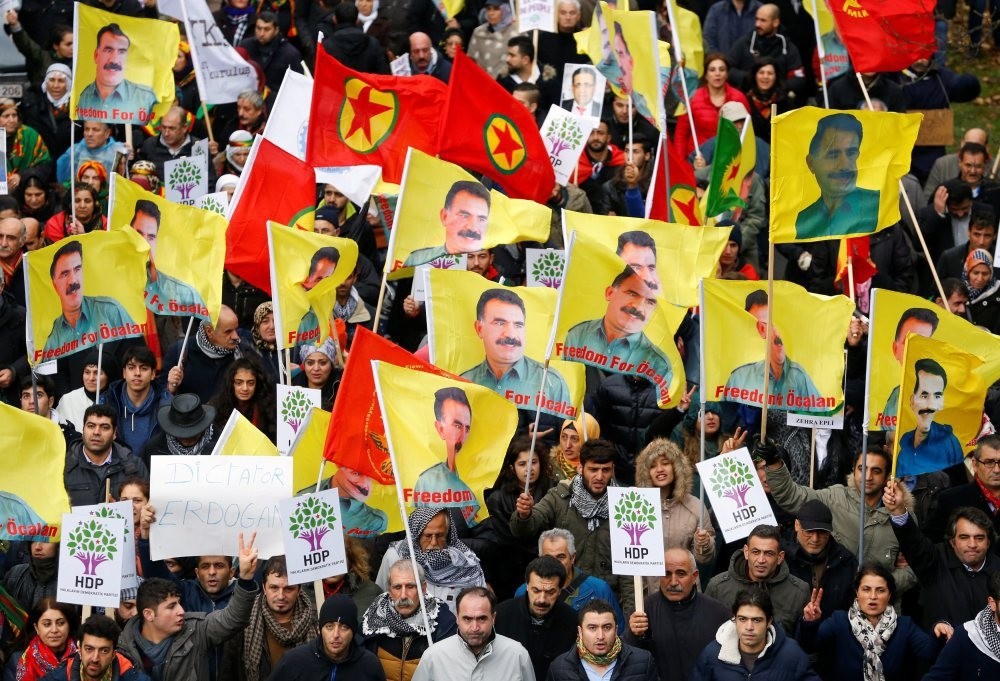 Firstly, all the institutions linked to the PKK in Turkey must be overthrown. The persons working for these institutions, the actors abetting and aiding the PKK, and the ones making PKK propaganda through conventional means or social media must be immediately put on trial.

The PKK wanted to use the opportunities in Syria against Turkey and took action as one of the main agents in the project of rendering Turkey to Syria's condition. It did not abstain from collaborating with Daesh and the Gülenist Terror Group (FETÖ) to that end.

Following the Beşiktaş massacre on Saturday, the PKK's presence in Syria has come to be an open target for Turkey.

The distinction between the west and east side of the Euphrates has lost its validity in terms of Turkey's national security.

To guarantee its national security, Turkey is required to purge the PKK militants from its southern border. We all witnessed that Daesh's presence and influence in Turkey has been restricted after the Daesh units on the Turkish border were cleansed.

Since the Obama administration knows that Turkey has made this assessment, it provided heavy weaponry to the PKK again before the formation of the new government. Obama and his security advisers still think that they can drive Turkey into a corner with some deterrents, but they are wrong.

In the new period, the international dimension of the anti-PKK fight will not just be limited to Syria.

EU countries' support for the PKK is evident even though they formerly listed the PKK as a terrorist organization. According to this, the financial resources of the PKK were supposed to be confiscated while the activities of the terrorist group would be limited within the borders of the EU.

But this did not happen. When it comes to the efforts to drive Turkey into a corner and prevent the country from acting on its own behalf, the terrorist list does not have any importance.

Many EU countries, including Germany, Belgium, France, the Netherlands, Denmark and Greece, provide both ideological and logistical support to the PKK. They granted 30 million euros to the European-based associations of the PKK from this year's budget. I am not even mentioning the weapons they provided to the PKK in Syria. They also continue not to extradite the more than 300 PKK militants requested by Turkey. Currently, the serious offenders and militants of the PKK can freely move in Europe. On top of that, they continue to organize assaults against Turks.

The PKK seems to be exerting efforts to bring out a Turkish-Kurdish conflict in Europe following their failure in Turkey. We have to be alert to this danger and endeavor to ensure﻿ the safety of Turkish citizens in Europe. Apparently, we are going to need a more aggressive foreign policy on the matter of Turks living in Europe during the new period.

While Turkey is fighting the PKK and maintaining a successful struggle against the efforts to erupt a civil war in Turkey, there has been a lamentable picture in Syria. Aleppo has unfortunately yielded to the atrocities of the Assad regime. May God help all our brothers, the innocents, in Aleppo.
Last Update: Dec 15, 2016 2:06 am
RELATED TOPICS