Can the US return to the Syria equation? 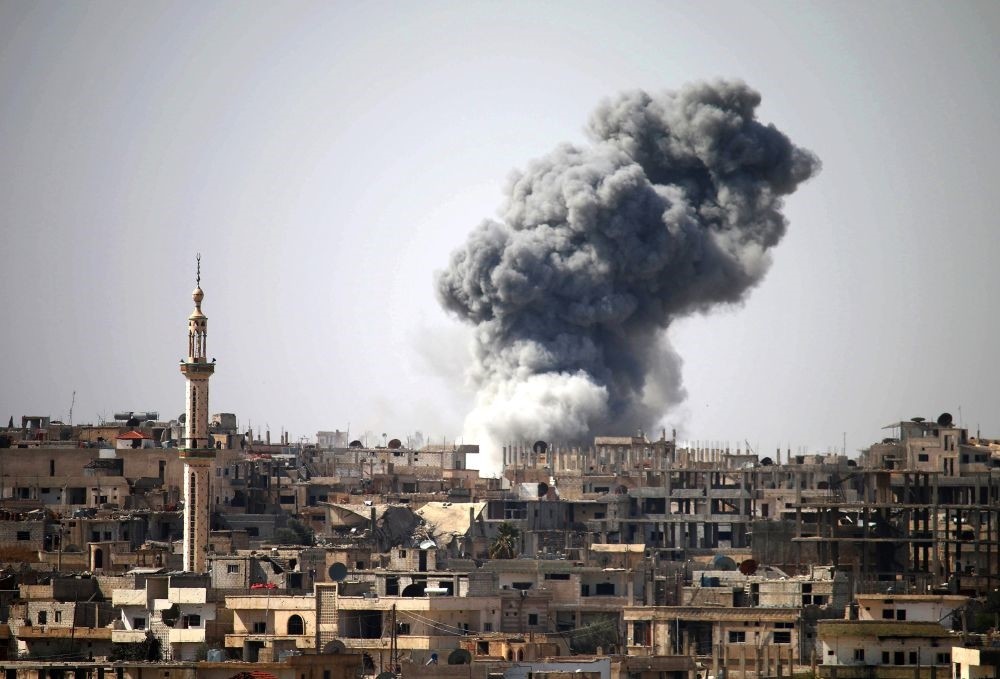 Having lost its prestige in Syria with the repeated failed policies of the Obama administration, the U.S. is now about to lose all presence in the Middle East unless Trump immediately becomes involved in the Syrian equation

Amonth ago in Astana, when negotiations were set up for the resolution of the Syrian crisis with the leadership role in the hands of Turkey, Russia, and Iran, we were met with three different points of view.

The first was that the coming together of these three countries with shared interests in the region was inevitable for peace in Syria. The second view was that the Astana negotiations pushed the West out of the Syrian equation.

The Financial Times quoted a Western diplomat in the article it published about the Astana meetings the day after they had begun, saying, "We're like party crashers, and we're completely out of the loop."

These words reflected very well the feelings of those who saw the Astana peace meetings as the exclusion of the West, and especially of the U.S. While some commenters connected the "U.S. being left out of the Syria equation" to the Obama administration's inept policies, others attributed it to Russia's opportunism. A third view stated that rather than regarding Astana as an alternative to the congested peace meetings in Geneva, it should be seen as a supportive mechanism for these meetings.

In my opinion, all three views have kernels of truth. Turkey, Russia, and Iran bringing together the actors they have influence over at the table and including not just the political opposition but the military opposition as well is an important achievement.

Turkey evaluated the Astana meetings as an initiative for the emergency treatment of the wounded on the field. For Turkey, the Astana meetings were an important starting point for a sustainable political resolution to the Syria crisis. Within this framework, establishing a continuous cease-fire unaffected by local attacks, ensuring steady provision of humanitarian aid, and stopping all forced displacements and demographic engineering came up as the main items on the agenda of the Astana meetings.

On the other hand, in my opinion, due to the Obama administration's "deliberate" and not "mistaken" policies, the Syrian crisis deepened and much heavier costs were created. At the end of the day, however, it was the U.S. that was on the losing end of this crisis. Russia and Iran filled in the vacuum it left. The two countries are becoming more rooted in Syria, which in turn has caused Turkey to revise its position on Syria. This brought with it the result of following a more realistic policy as per the new reality that had occurred in Syria.

In August 2016, Turkey began Operation Euphrates Shield following President Recep Tayyip Erdoğan's meeting with Russian President Vladimir Putin and entered Syria with its own soldiers. Two days after the Erdoğan-Putin meeting, the Iranian foreign minister came to Turkey. A week after that, Turkey's Foreign Minister Mevlut Çavuşoğlu visited Iran. With this, the process, by which Russia, Iran and Turkey would be registered as guarantor countries for Syria, begun.

Alongside all of this, the Astana meetings were an important step in energizing, or in truth, truly getting the Geneva meetings up and started.

The Geneva meetings began anew on Thursday. Despite this being the fourth Geneva meeting, the fact that it is being held after the Astana meetings increases the expectations around it.

The main aim of the Geneva meetings has been expressed as follows, "The establishment of a trustworthy, encompassing, and non-denominational administration, the preparation of the new constitution, and the arrangement of free and fair elections."

However, at this point, there are still steps that must be taken on the ground. In this sense, what the new U.S. administration's plans for Syria are is extremely important. The Donald Trump administration did not have to show this in Astana, but it has to give clues about its plan in Geneva. The Trump administration saw how the previous Obama administration's attempts at establishing hegemony through chaos had failed and it accordingly, expressed this numerous times.

If the Trump administration is to be re-included in the Syria equation, this can only be as a balance factor. No matter the justifications, the U.S. no longer has the opportunity to act as a "leader" in the resolution of the Syria crisis. Whether it has such an intention can be debated as well.

The U.S. must help in the resolution of the Syria crisis by taking Syria's territorial integrity as a fundamental and by directing its efforts not just against Daesh but also against the Democratic Union Party (PYD) and the People's Protection Units (YPG). If President Trump repeats his predecessor Obama's mistakes, the U.S. won't just be out of the Syrian equation, but the entire Middle East one.