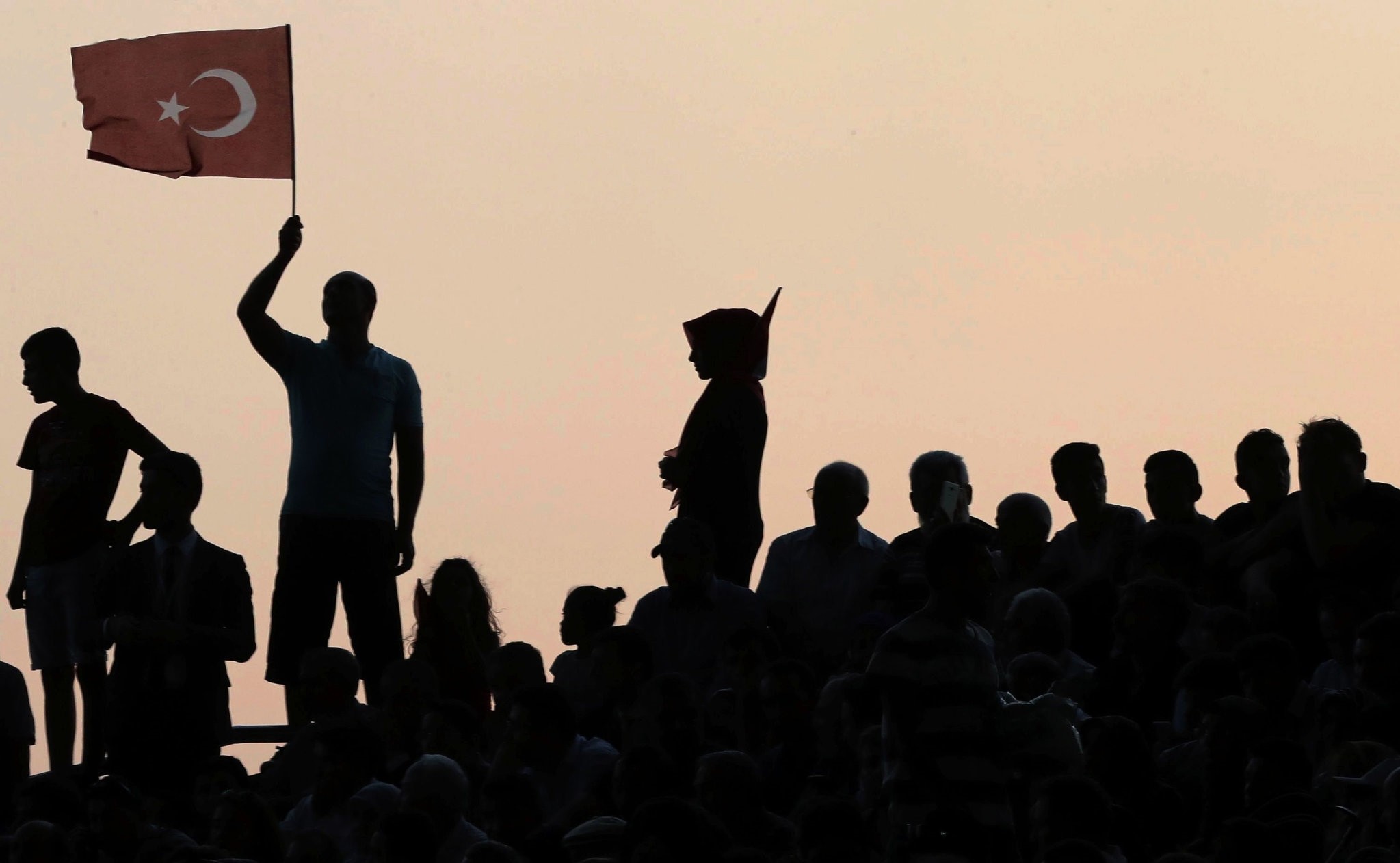 "The most important condition for our country to overcome the domestic and international problems and pressures it faces is to develop national policies supported by the people. We desperately need a local stance, a national stance."

Recep Tayyip Erdoğan first said these words on July 24, 1999. He was not prime minister or president yet. He had been imprisoned due to a poem he read while the mayor of Istanbul and was prohibited from political participation by court order. Erdoğan was released from prison that day and made the above statement to those who greeted him.

These words were repeated by Erdoğan 19 years later, this past Sunday. Indicating that he was in the process of preparing a manifesto after the decision for the snap elections, Erdoğan read this manifesto at the Justice and Development Party (AK Party) Istanbul Provincial Congress on May 6.

The reason why Erdoğan recalled these words is to put forward the consistency in his political struggle on one hand and to answer the criticisms that have been brought against his nationalism on the other. Erdoğan emphasized that he has had the approach that is today referred to as "local and national politics" from the very beginning.

Erdoğan's Istanbul manifesto is important not just because it put forward his strategies in the lead-up to the June 24 elections but also because it sets forward his political codes.

We can consider Erdoğan's manifesto in four parts. The first part was about how his positions are in the political movement he leads and its identity frame. Erdoğan asked the question, "Who are we?" and sought its answer in the first part. While answering this question, instead of referring to the historical understanding of the Kemalist period, he spoke about the Seljuk and Ottoman heritage. In this way, he went beyond the historical understanding of Islamic figures and spoke of this heritage as one of the most important sources for the Republic Ataturk founded.

Erdoğan divided the modern Republic's history into three parts. He defined the period between 1923 to 2002 as the foundation, 2002 to 2018 as the awakening, and from today on as the ramping up and rising period. He then emphasized that it is the people who are the actors that assure these transformations and the transition from period to period.

In the second part of the Istanbul manifesto, he tried to set forth what the political movement he leads has accomplished. Erdoğan expressed that the AK Party administration increased domestic income by 3.5 percent, that it increased exports five-fold, and that it lowered inflation to single digit numbers. According to Erdoğan, the AK Party served not only the economic development of the country during its 16 year tenure, but also in its liberation. In this sense, we see that the terms development, democracy and freedom were often repeated in Erdoğan's manifesto.

Erdoğan stated that the AK Party administration's successes also set forth the frame of local and national politics. "To be national, to increase national income means the growth of the people's work and food. Being national means the transfer of the money going into interest to the people through investments and social aid. Being local means to keep Turkey from waiting at the IMF's doorstep in need of maybe just 5 cents, and to not be dependent abroad for the defense industry."

In the third part of the manifesto was important due to there being concrete indicators of Erdoğan's and the AK Party's vision for the future. Erdoğan set out his vision for foreign policy, economy, social policy, education, health, and other areas.

We can say that Erdoğan emphasized the concepts of independence in foreign policy, growth in economy and cohabitation in the social space.

Erdoğan emphasized that the Turkey which had become a regional power over the past 16 years would become a global one. He emphasized that Turkey would not become the satellite to any camp or actor on the global level and that it was in search of establishing equal relations with global and regional actors. He underlined that in a period where global uncertainties and regional chaos is on the rise, Turkey would continue to give precedence to its own national security.

In his speech, Erdoğan addressed all parts of Turkey's public. He emphasized more democracy and more freedom. He indicated that all citizens who were not involved with terrorism and that all domestic and international investors' rights were safe.

In the last part of the Istanbul Manifesto, President Erdoğan referred to the Canakkale Victory, the War of Independence, the Republic, democracy, the July 15 resistance and the spirit of Yenikapı. From these values, he embarked on a pact with all parts of the public.

Erdoğan's Istanbul manifesto contains many elements that should be deeply analyzed in order to understand Erdoğan's politics and his vision for Turkey and the world. Of course, my words are not directed towards those who want to look at Turkey through the pre-prepared molds of propaganda and stereotypes.