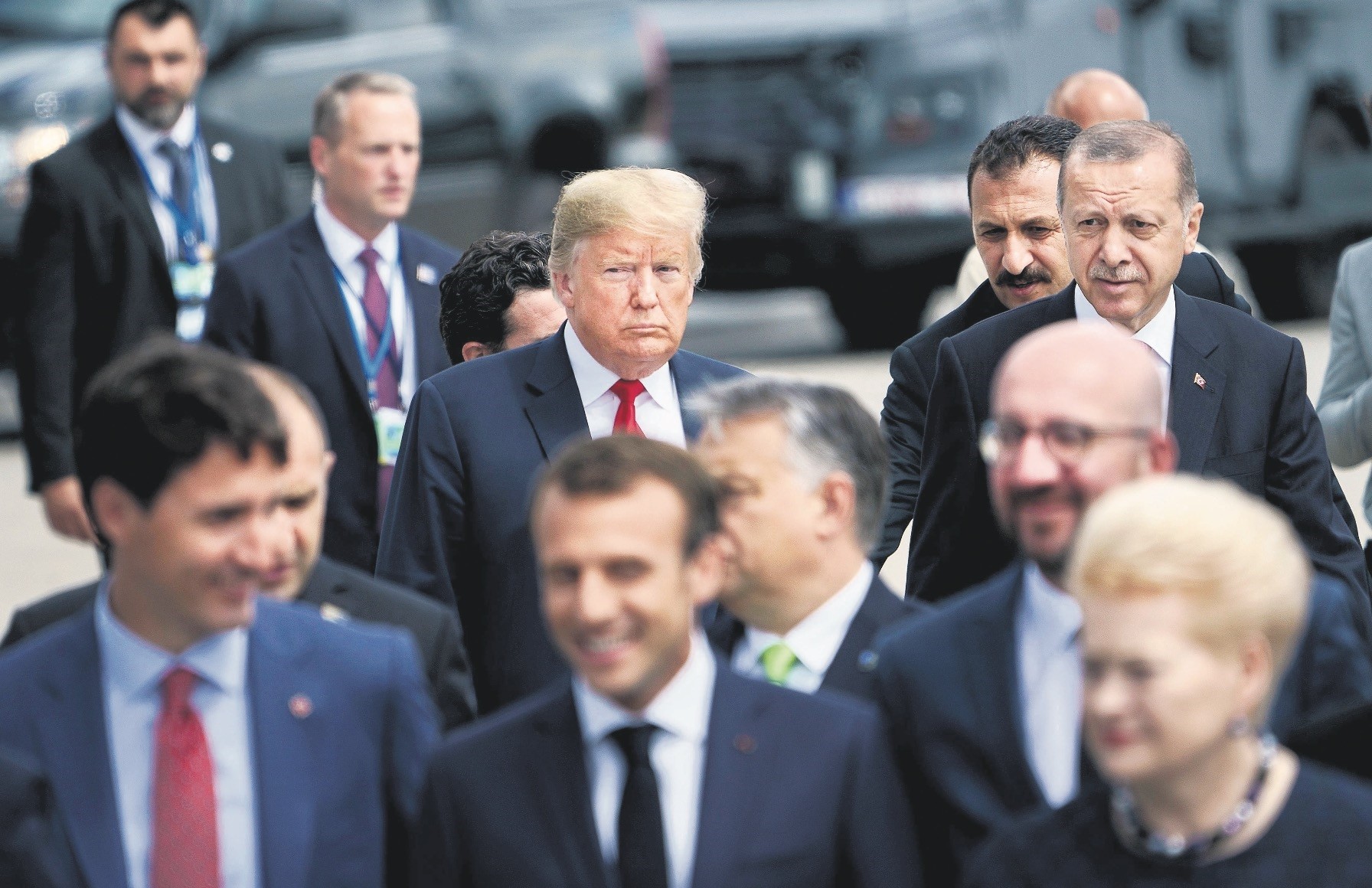 The ongoing rift between the U.S. and the EU countries in NATO hints at the slow collapse of the Western alliance

The NATO summit in Brussels started amid recent tension between the U.S. and EU countries. The crisis between them has apparently resulted from Washington's policies. Although some argue that the problems are because of U.S. President Donald Trump's populism and his weird way of following policies, it is simply not true. Trump's approach actually represents the U.S. administration's new view and approach to the EU.

It is not a coincidence that the French daily Le Figaro's headline read, "Europe fears Trump." For two years, Trump has been claiming that EU countries do not provide sufficient resources to NATO and that this situation has negatively impacted the U.S.' economy. According to the U.S. president, EU countries, particularly Germany, need to take risks and action to meet their own defense and security needs. Moreover, Trump has emphasized that trade with EU countries should be adjusted and argued that the current free-trade paradigm benefits China and Europe, while damaging the U.S. economy.

European countries are disturbed by the U.S.' approach, yet could not generate a solution or tangible policy against it. Instead, they offered threatening statements, like that of EU Council President Donald Tusk who said, "Mr. Trump, appreciate your allies. You don't have many."

Indeed, EU countries are well aware of their weak security policies. That's why, in the Munich security conference, which I also participated in, Polish Prime Minister Mateusz Morawiecki complained that, "We [Europe] have strong think-tanks, but not tanks." While German Chancellor Angela Merkel said, "We, as Europe, have to take care of ourselves." These are just concrete words for the recent situation.

Before going to the Brussels summit, Trump promoted three messages. According to him, first, the U.S.' trade gap with the EU is a big problem. Second, NATO members need to increase their security expenditures; otherwise, the U.S. will decrease its support to NATO. Third, he hopes to meet with Russian President Vladimir Putin and irritate EU countries, which repeatedly talk about the "Russian threat."

It can be said that the U.S. does not want to invest more in the "Western union" project. In other words, Washington believes that nothing can prevent the collapse of the Western bloc/identity and that any contradictory steps may damage U.S. interests. Thus, Trump is not marginal in this matter,

but represents the U.S. administration as a whole.

Therefore, it can be said that the ongoing rift between the U.S. and the EU in NATO hints at the slow collapse of the Western bloc/identity. In the post-1945 period, the U.S. significantly contributed to the Western union project, acted as the gendarmerie of the Western world and believed that Europe will maintain itself under its hegemony through investing its security and stability. However, the U.S. no longer thinks that it has to carry the burden of Europe.

At this point, it is irrational to expect Turkey to generate pro-Western policies as it did in the past. Rather in the new era, Ankara has to adopt a rational foreign policy by benefiting from the non-Western world and also the discrepancy in the West.