Trying to out-smart Wilders did not work 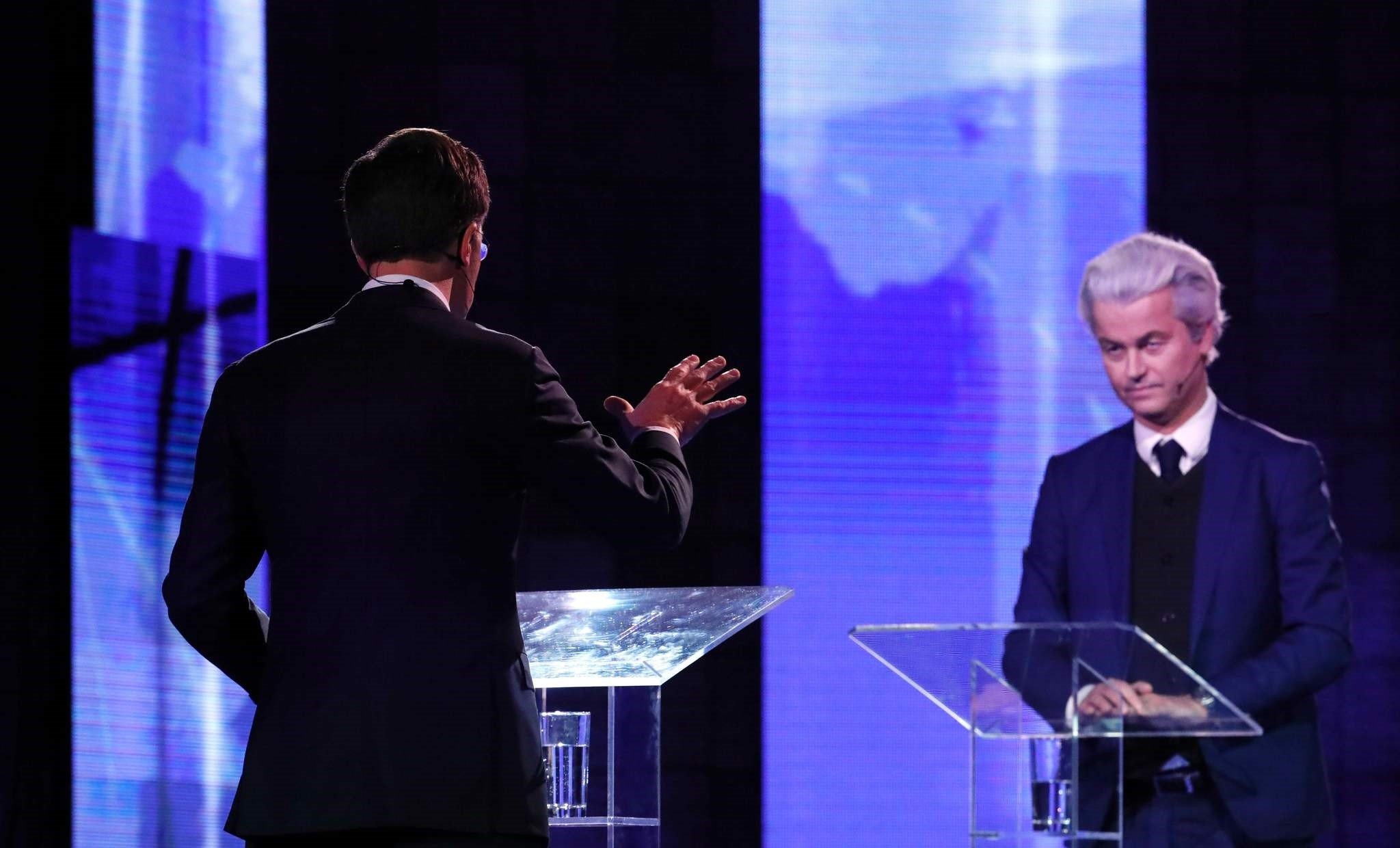 Dutch Prime Minister Mark Rutte (L) gestures while debating with the Netherlands' far-right politician Geert Wilders in Rotterdam on March 13, prior to the Dutch parliamentary elections held on March 15.
by Hakkı Öcal Mar 17, 2017 12:00 am

One racist fascist was more than enough in Dutch politics. Rutte lost plain and simple

The liberal-turned conservative Dutch Prime Minister Mark Rutte, of the People's Party for Freedom and Democracy (VVD), portrayed the Dutch elections as a neck-and-neck race with his radical right-wing challenger Geert Wilders. "In the Netherlands, we'll halt the march of Geert Wilders's populists," he said. But it was not a referendum, nor a presidential election; it was plainly and simply a parliamentary election. One racist fascist was more than enough in Dutch politics. And he lost plain and simple.His was not a good election strategy for Rutte. The more he positioned himself as the savior of the Dutch, the more he had to try to out-smart his rival. In trying to achieve this he revoked landing permission for the Turkish foreign minister's airplane and set his horses and dogs against innocent people who were exercising their democratic rights. He should not have deported a minister of Turkey, and detained the Turkish Consul General in Rotterdam. Even so, it did not work. Rutte lost 20 percent of his seats in the Dutch parliament. His major partner the Labor Party is no longer a candidate for the coalition.

We will know more about the impact of the violation of international diplomatic conventions in the forthcoming days. But we know one thing: Rutte has now been stained, and no sane Dutch politician whose party might take a place in the next coalition is going to have a selfie taken with him, let alone getting pictured with him in the cabinet room.

Refugees are going to be of grave concern not only for the next Dutch government, but also for all of the European Union, because of their reckless treatment of Turkish politicians. The Netherlands was going to accept 90,000 refugees, but they registered only 31,000 asylum seekers. Immigration and integration are also big issues and the future Dutch government needs Turkey's cooperation more than ever now.

No self-respecting Dutch coalition wants to have Rutte at the helm of the country after he mucked up relations with Turkey so badly. They wouldn't want Henk and Ingrid (Wilders's imaginary Dutch couple suffering at the hands of Muslim immigrants) suffering more because of a knock-off Wilders. Would they?

After the elections, it usually takes a month or two in The Netherlands to come up with a workable coalition formula. Who knows? Maybe Rutte will change his mind and accept Wilders's offer of a partnership, since they now look a lot like each other. Rutte will gladly lick his lips and sign a regeerakkoord with him outlining their plans to ban the sales of the Quran, closing down every mosque, yanking the headscarf off Muslim women and sending everyone back "to where they came from."