My money is on Trump 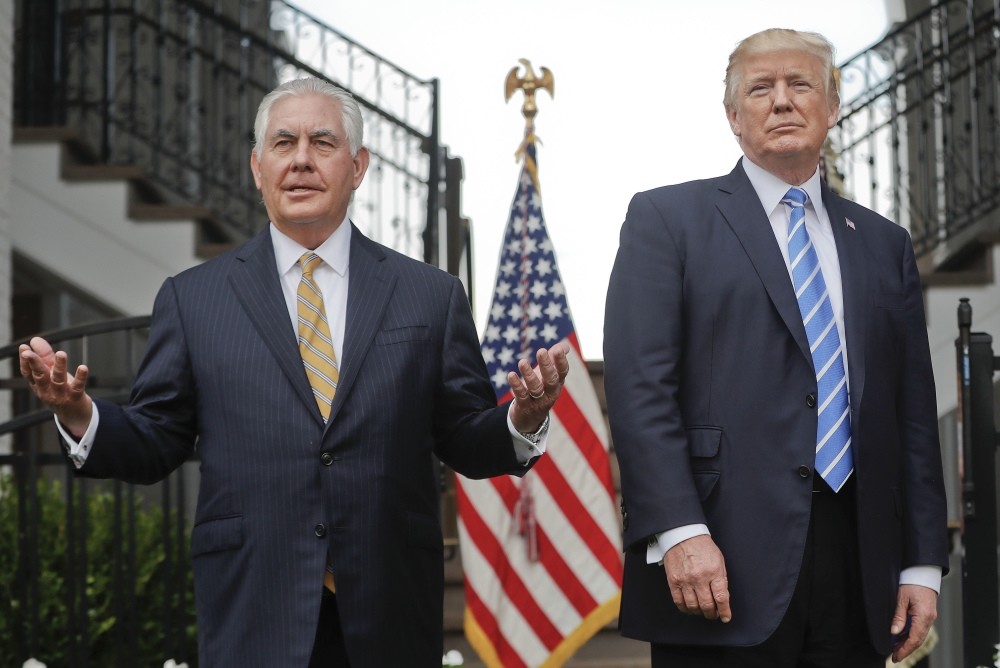 Hakkı ÖcalI have not seen U.S. President Donald Trump or Secretary of State Rex Tillerson's IQ tests. Since Tillerson allegedly expressed his opinion on his boss' intelligence, or lack thereof, the world has been watching and waiting to see them.

As a matter of fact, one should not call anybody, let alone your boss, a moron because it is your subjective judgment, and that person may turn and call you a moron, too. Scientifically and historically speaking, once it used to mean a person affected with mild mental retardation. The American Psychological Association does not allow its members to label a person a moron any longer, even though in an earlier era a psychologist could tell a person of borderline intelligence that they were a moron. In their former manual, a person with an IQ of 50 to 69 was defined as a moron. The association discarded this classification quite some time ago, but the word survived in the realm of informal English. Not only moron, but also any informal usage may get you in trouble. An intellectual such as the current president of the U.S., for example, would like his secretaries only to use formal words. Besides, the word now is offensive and it means that the person you call a moron is not mildly retarded but quite stupid.

The man U.S. secretary of state called a moron challenged him to compare IQ tests. This man is the most powerful person on the face of the earth after Facebook CEO Mark Zuckerberg. He is the president of not only the U.S., but of the whole of NATO, NAFTA and other notable institutions of the Free World with a capital "F." Speaking of "F," as if a characterization as a regular moron is not good enough, Tillerson, allegedly called the Donald, a "f*cking moron." Now what can a self-respecting secretary of state – who in the European parlance is a minister of foreign affairs – do?

As far as I know, those tests do not have an endless shelf life. So Tillerson cannot rush to his high school and ask for a copy of the most recent IQ test he probably had before he graduated. He has to ask an assistant secretary to go and fetch an IQ expert and have his intelligence quotient measured afresh. Trump, having fired thousands of apprentices during his adult years– if we can speak of it – or in his reality TV show, usually means business when it comes to challenges. He never fails to rise to the occasion when challenged, and he never challenges people for nothing. Giving the benefit of doubt to the man who actually conducts the country's foreign policy on his behalf, Trump said: "I think it's fake news, but if he did that, I guess we'll have to compare IQ tests."

If this is not a challenge, and I do not know what is. Trump is a very nice man, so he is giving it to Tillerson without naming names. Yet he is issuing a real challenge: If you are a man of your word, bring out your IQ test score and lets see who is smarter. The president of the free world is so confident in himself that he drives the stake to Tillerson's heart, implying he knows who is going to win.

We all know the Tillerson is not a man without real significance and value. He was running a corporation bigger than all the companies Trump owned put together. However, it was Trump himself who created those companies. Creating a worldwide real-estate empire tells more about the man who created them than the man who was simply running an empire created before he came to its helm.

We want to know the winner.

Well, you might also want to know who decided on the visa ban for Turkish citizens? You may also want to know what will happen to the Iranian nuclear deal? Russian collusion? North Korean threats to the U.S.? The de-escalation zones in Syria, with which Russia, Turkey and Iran are creating a trust-building environment, is a reality that the U.S. and its 180 coalition partners have not done in the past six years.

Unfortunately, to answer such questions, we will have to wait until we find out who the moron is.