U.S. plays to the Bible Belt 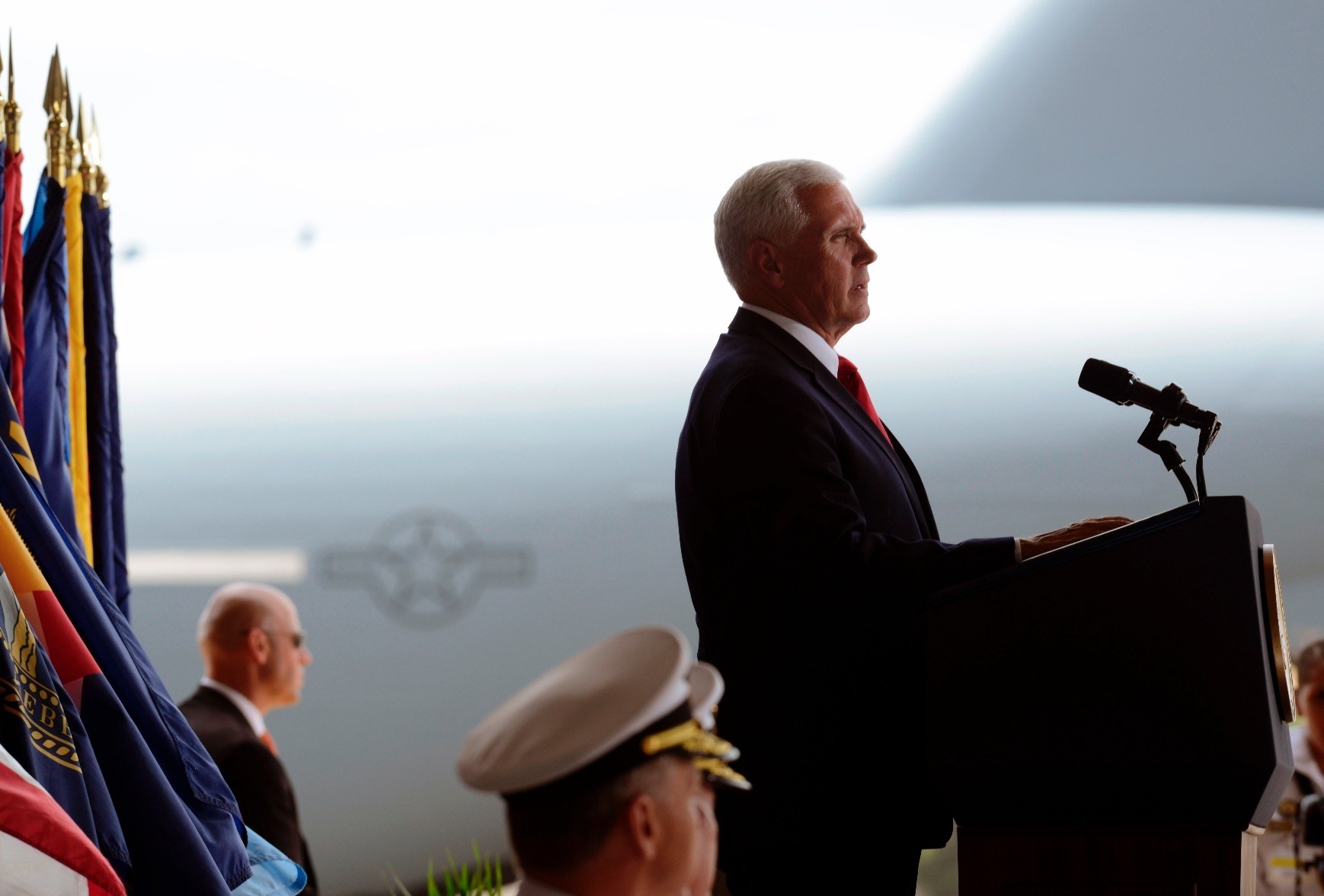 U.S. Vice President Mike Pence speaks in Hawaii during the Honorable Carry Ceremony, for the remains of American soldiers repatriated from North Korea, Aug.1.
by Hakkı Öcal Aug 06, 2018 12:00 am

The usual suspects are sharpening their axes: Steven A. Cook, for instance, a fellow for Middle East and Africa studies at the Council on Foreign Relations, says, "The government of Turkey has just gone too far by engaging in hostage diplomacy."

If you ask this Middle East expert to give you one single example of the Turkish government's hostage diplomacy, he would simply repeat a rhyme from a card game: "Al papazı, ver papazı!"

The "king" in a standard 52-playing card set is called "papaz" in Turkish, and all male members of Christian clergy – pastors, chaplains, pontiffs and preachers – as a whole are also called "papaz" in Turkish. When Washington requested the release of evangelical pastor Andrew Craig Brunson, who was arrested and is currently being tried in a court for his alleged links to terror groups, the only way out was a spy swap or as they call it in one card game or another, "Take the king, give the king" – "Al papazı, ver papazı!"

The traditional Turkish proverb "in the hands of a half-educated doctor you may lose your life" is right. Apparently, half-educated area experts create foreign policy doctrines out of popular sayings.

The other "papaz" in this tongue twister is not even a proper Christian clergyman; he is the mastermind of the July 15, 2016 failed coup attempt, Fetullah Gülen, a self-appointed Islamic scholar, with no degree or formal training in Islamic theology.

Legally speaking, we should not need to "spy swap" to get the leader of the Gülenist Terror Group (FETÖ). Turkey has submitted subpoenas issued by courts of law strong enough to have him extradited. The U.S. Department of Justice has not yet presented them to a federal judge to start the process. The popular belief is that the U.S. is not going to send him back. Why? That is the $50 million question every living soul in Turkey wants to know. There are abundant theories about it; one is that he is one of the new conservatives' main tools to reform Islam. There are FETÖ-like groups in other nations, from Pakistan to Saudi Arabia, that if the chain is broken at one point, the whole scheme would come into the light, and lives would be in danger in many countries.

Yet, lives are in danger in Turkey: 62 policeman and policewomen, six soldiers and 180 civilians lost their lives, while more than 2,000 people were wounded and maimed. Public prosecutors have opened many cases against FETÖ members for their involvement in organizing and implementing the coup against the government. There are also theories about the coup. Because of the essential deviations from the previous coup experiences – with the first in 1906, Turkey has suffered eight coups and coup attempts to date – the July 15, 2016 attempt was not a proper coup, but a terrible plan to start a civil war and thus, preparing the ground for a NATO – read U.S. – invasion. We will read about it in five years in the memoirs of the assistant and deputy secretaries of this or that U.S. department.

But back to Brunson, who was ratted out by his own translator. The public prosecutor must have seen enough incriminating evidence about his involvement in the coup bid that he carried the case to court and the panel arrested him. After the coup bid, 111,253 people were taken into custody, and 66,545 of them have been released. Considering he was put under house arrest, it could be assumed that at his next court date, he will probably be released.

But thanks to evangelist politicians like Vice President Mike Pence and many other representatives and senators seeking re-election this November, Brunson now seems to be lost in translation and caught in the petty politics of the U.S. And add to this blend the war hawks from the radical right, ultra-conservative Christian politicians and U.S. President Donald Trump, a man who never stands behind anyone for anything, we may easily have diplomatic disaster on our hands. One only hopes that mutually freezing the nonexistent assets of Turkish ministers and secretaries will help cool off the situation.