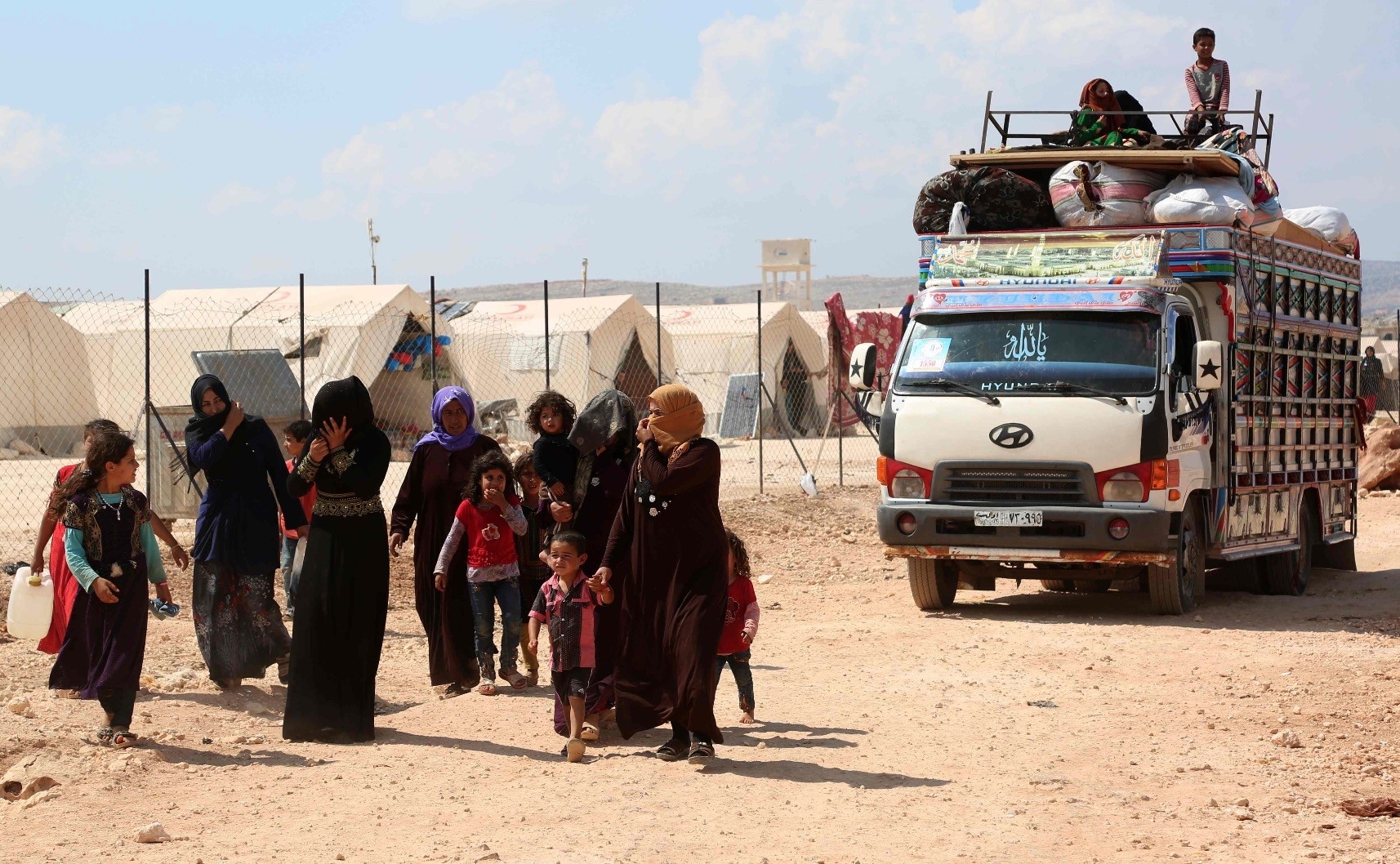 Displaced Syrians arrive with their belongings to a camp in Kafr Lusin, near the border with Turkey in the northern part of Syriau2019s Idlib province, Sept. 9.
by Hakkı Öcal Sep 10, 2018 12:00 am

Russian leader Vladimir Putin painted himself into a corner when he rolled up his sleeves to do what he calls cleaning up Syria from terrorists. And this is not the last corner mind you. But let's not get ahead of ourselves.

In a surprise decision, Iran, the host of the third summit of the Astana process, broadcast the leaders' summit discussion live. In the foreign ministers' preparatory meetings, the Iranian side had not mentioned anything about opening a meeting that traditionally stays behind closed doors to the wider world. Every cloud has a silver lining and even this diplomatic disaster had a positive aspect.

For the Soviet Union – oops, the Russian Federation – Syria is important for one and only one thing: the survival of their naval and air bases in the country. The old generation of students of international relations had been inculcated with the theory of the Russian quest for naval bases in warm waters. The Russo-Syrian alliance, one of the rare agreements that the Russian government kept in the post-Soviet era, is so important for the Kremlin that if the Syrian side asks Putin to erase every living soul in Idlib or anywhere else he would gladly do that.

If more than half of the people in Syria resorted to arms when their government killed hundreds of – nay, tens of thousands – peaceful demonstrators by carpet bombing villages and towns where they believe those opposing the regime and demanding a democratic constitution, free elections, and creation of opposition parties lived. Syria is one of the very old urban areas of the Ottoman Empire and after the French occupation, a civil society flourished there rapidly. The most educated people in the whole Arab world are the Syrians. A cosmopolitan society of multiethnic and multilingual people, Syria always enjoyed freedom of expression and meeting. After the Soviet-inspired Ba'ath regime took over the country in a bloody coup in 1963, the country became a battleground for the Soviet Union (later Russia) and the U.S. The rest is a very bloody history of proxy wars. Just when the whole of undemocratic Middle Eastern societies were undergoing popular uprisings demanding basic freedoms and human rights, the most violent reaction against these demands came from the Arab Socialist Ba'ath Party and its leader Bashar Assad.

The peaceful demonstrations turned into massacres of thousands of women, children and men. The United Nations estimates that 511,000 people have been killed by Bashar Assad's soldiers. That is like killing everybody in Albuquerque, New Mexico. When the people of Syria saw this human disaster was coming their way, half of the population fled to Turkey, Jordan and Lebanon. To put it into perspective, this is everybody living in Manhattan migrating to New Jersey. The remaining 13 million people in the country now need humanitarian assistance.

Some three to four million of them in İdlib and 30,000 of them turned to arms and adopted a course of action to resolve the difficult situation in the country. That course of action is terrorism, and nobody would endorse it under any circumstance. This brings us back to the third summit of the Astana process in Tehran and to that ill thought out live broadcast scheme for the summit.

President Erdoğan warned Putin saying that if he heeds the Syrian demand to carpet bomb Idlib to "clean the country of all terrorists," then those three million unarmed women, men and children would try to cross the border. He further said that Turkey cannot possibly put up with this new refugee crisis. The temporary solution would be a cease-fire.

How did Gospodin Putin respond to that? He said the terrorist groups were not present in the room, so a cease-fire could not be discussed. Putin and other Russians seem to not truly and seriously comprehend the quagmire they are burying themselves in. The Russian course of action will show us their level of comprehension.