Ara Güler: A witness to his time 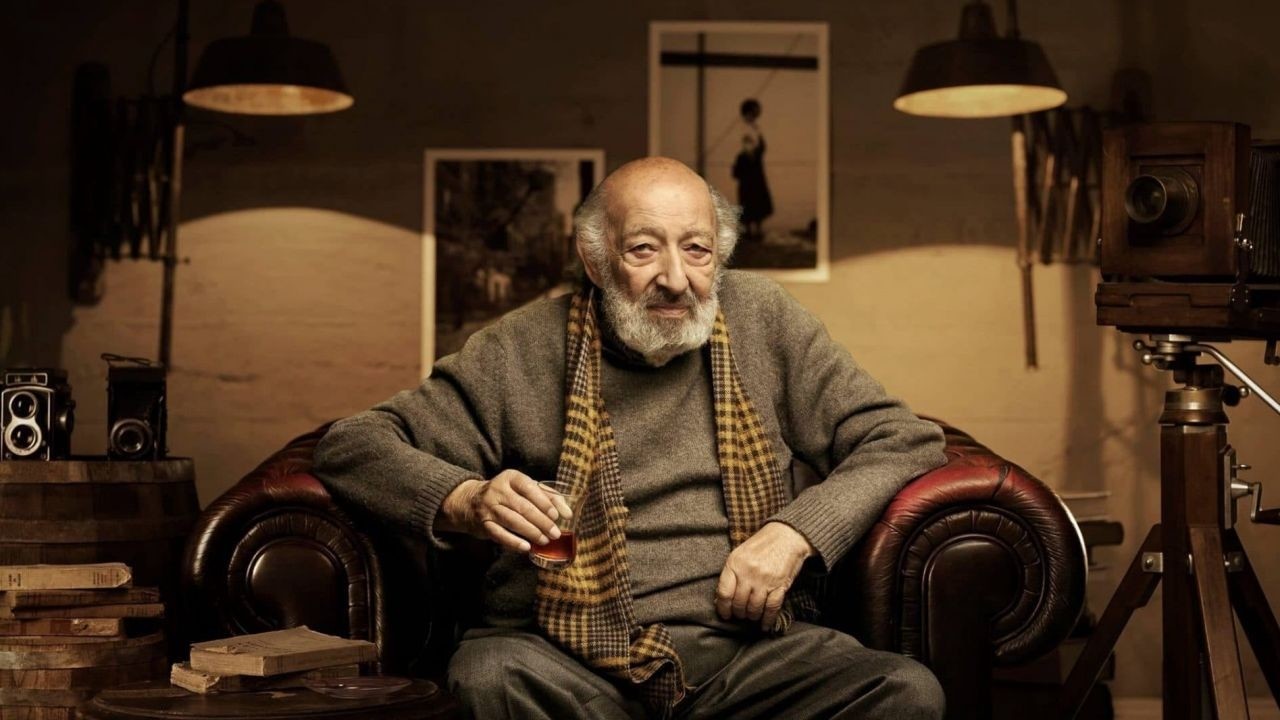 Turkeyu2019s legendary photojournalist Ara Gu00fcler, also known as the ,Eye of Istanbul,, passed away at the age of 90 late Wednesday, leaving behind the worldu2019s largest photo archive depicting the Turkish society and people in the 20th century.
by Hakkı Öcal
Oct 19, 2018 12:00 am

The concepts of "witness" and "witnessing" are important in all religious holy books. "Bearing witness" is more important than being an ordinary witness: you stand to show that something exists or is true.

My friend, mentor, teacher and role-model Ara Güler was this person: he had been bearing witness to his times. Thanks to him, we now know (and will never forget) that that woman said a quick hello to her seaman husband, that the government-controlled mob ruined the stores of hundreds of Turkish-Greek businessmen in Sept. 6-8, 1955, that Salvador Dali was a funny man and that Alfred Hitchcock was not that scary after all. When a modern novelist tells us his hero had to take a boat over the Bosporus, we don't have to imagine where he stood or how he sat down for Ara photographed the boatmen of Istanbul year in and year out. If you need to write a scholarly piece on the urban gentrification projects in Istanbul, just ask Ara, the witness of Istanbul, to show you 100 frames worth of treasure on the cobblestone streets of the town, the ladies of life (as they were named) of the red-light districts, the porters with deep lines on their faces, singers and ud players with even deeper lines on their faces, the fishmongers with an abundance of fish on their tables and with no fish, boys on their circumcision beds, crying, and boys dressed up as a little princes laughing, porters hopeless waiting for a job and horse-cart drivers, happy finding a job.

Ara had been a chronicler of his times that spanned a full 90 years. He walked his hometown ceaselessly with a huge bellows camera pod with a small Leica stuffed into the back pocket of his baggy pants, that I think he had not changed for ages.

He was stingy when it comes to spending for himself. Oh God, so stingy. But he was the most generous man I have ever known when he was buying new equipment. Every now and then the Leica Camera AG would send him a new model to be tested, but we would always return them and buy his own. He had a very colorful language and explaining why he was returning them cannot be written in a daily newspaper.

Not only was his speech off-color at times, but his hands, too. Remember the picture he sent to a website that reported he died three years ago: the one in which he was waving with an obscene gesture?

Ara is an Armenian; but he is a better product of this land, this nation, and I daresay of Islam than many people of this land. The world came to know Mimar Sinan, the famous architect of many mosques in Istanbul and Edirne through his lens. Sinan, the grand architect and civil engineer for Sultans Suleiman the Magnificent, Selim II, and Murad III, was a conscript boy, named Joseph, born either an Armenian, Cappadocian Greek, Albanian or a Christian Turk in a small town near the city of Kayseri in Anatolia. He gave the grandeur to Ottoman architecture; Ara gave Sinan the splendor he enjoyed in the 20th century in the United States, Canada and many European countries. He spent a lifetime on his mosques and bridges; he visited almost all 300 major structures and other more modest projects, such as schools he was responsible for the construction of. When the late President Turgut Özal learned about the project Ara was handling all by himself, he demanded the Ministry of Culture start supporting him, but it took a lot of effort from the president to have him agree to the government support. 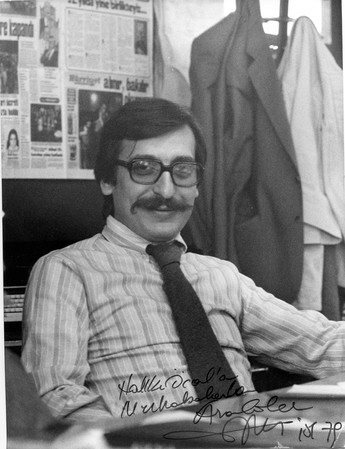 'I am not an artist, I am a photojournalist'

He himself was a funny man when he was not behind a camera. As soon as he had the camera out of his bag, he used to become a different person. He would be breathing profusely because for him taking a photograph was a religious, nay, a political affair. Each frame he made was a social responsibility project. Asked many times to what he owed his artistic stand and he replied with the same sentence: "I am not an artist, I am a photojournalist." He then would go to explain that a journalist is a witness to his time and to his fellow people. Coşkun Aral, Fuat Kozluklu and many friends and students of him would tease him when they were talking to the press about him: "Our great friend Ara is the best artist we know of." When Ara saw the published interviews, they would have an earful of colorful conversation.

He was not an apolitical person. Quite the contrary. But politics was not on his tongue, but in his lens. He would aim it to the poor, to the working man, women and children. Once I showed him an award-winning photograph I had. I had spent many early mornings at the Great Falls in Virginia and put together a photo showing the toil and sweat of a canoeing person; water spills and light on the paper of a photograph. I proudly presented it to him during his visit to the area; I showed him the prize and all, hoping to hear one word of appreciation or two. He looked at the image and turned his head away, saying "You are making foul pictures" because human tears and toil should be portrayed while witnessing your time, not enjoying rich men's self-improvement efforts.

He never spared his words; he was always a direct and unrelenting teacher, but he was never heartless. A young fellow told the cinema class when we heard the sad news of his passing that a couple of years ago he met him in an exhibition during a film festival and told him how much he liked him and was impressed by his work. Ara looked at his face and told him pointblank: "Do whatever I am doing when I am dead."

Nezih Tavlas, Ara Güler's biographer, said that he came to still photography from moving pictures. He started working as a young apprentice of many movie-makers during his high school years in the late 1930s. He attended drama courses held by Muhsin Ertuğrul, the founder of modern Turkish theater. However, he abandoned cinema in favor of journalism, joining the staff of the newspaper Yeni Istanbul as photojournalist in 1950 and studying economics at the University of Istanbul at the same time. He then transferred to another newspaper, Hürriyet. In 1958 when the American Time-Life publication house opened its Turkey branch, Ara Güler became its initial correspondent. Soon enough he started to get commissioned by other international magazines, such as Stern, Paris Match, and The Sunday Times of London. In 1961, he was hired by Hayat magazine as the chief photographer.

He met Marc Riboud and Henri Cartier-Bresson, who recruited him to join Magnum Photos. Ara was presented the British Photography Yearbook in 1961. In the same year, the American Society of Magazine Photographers made him the first Turkish photographer to become a member of this organization.

He was working freelance when I was the editor of Hurriyet in the late 1970s. There were terror assaults taking place all over the country by the Armenian Secret Army for the Liberation of Armenia (ASALA), an Armenian militant organization, and the People's Liberation Party-Front of Turkey (THKP-C). One afternoon he stormed in the editorial office with a roll of film taken after a bomb blast in a town where he was just passing by. A lighthearted person could not even look at the images he brought in let alone looking at the scene and taking those photographs. He never charged a penny for those photos.

He was bearing witness to his time – whether it was sad, funny or joyful.

Turkey is a better country and Turks are a better people because we had a witness like Ara Güler. We are better photographers for we had an example like Ara Güler before us.