Pentagon undercuts US president, once again 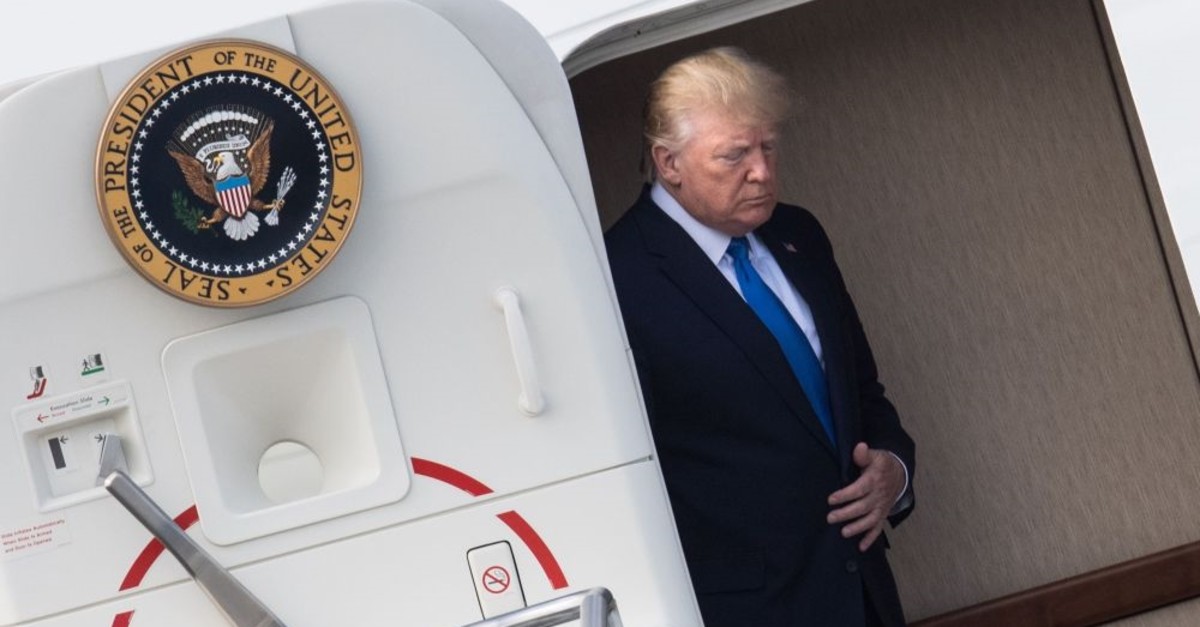 Carrying on the legacy of thwarting their president's foreign policy decisions, especially for the Middle East, Pentagon bureaucrats stress their take on the S-400 and F-35 issues

U.S. Undersecretary of Defense Ellen Lord and Deputy Assistant Secretary of Defense for Europe and NATO Andy Winternitz presented a detailed program for an "orderly unwinding" of Turkey's participation in the F-35 program. These two low-level managers also managed to squeeze a long-term threat in their off-camera press briefing stated that Turkey's continuation of the installation of S-400 missile systems would mark "a quantitative and qualitative change in the U.S.-Turkish relationship." The deputy assistant secretary paid a lip service to long-term relations in NATO saying that "it's not something that we hope is going to disturb the many-layered strategic relationship that we have."

On the carrot part of the stick they shook at Turkey, the U.S. officials placed a miserly offer to provide U.S. Patriot systems should Turkey give up the S-400 programs. Also they mentioned that the reversing of this "orderly cessation of Turkish participation" in the F-35 production and sale would be possible.

These are not new threats from the Pentagon. What is new is the fact that these under-and deputy-assistant secretaries undermine their own president. Yes, the speaker of the House of Representatives wants to see him in prison, but no government bureaucrat should be able undercut the U.S. President Donald Trump's assurance to President Recep Tayyip Erdoğan that two countries would get together to find a technical way to solve the issues that the U.S. military considers as "the risks that the S-400 presence in Turkey would have."

Asked if she is closing the door about "the U.S. willingness to sit down and talk about whether S-400 wouldn't interfere with the F-35," undersecretary Ellen Lord negated Trump's promise: "We have been very consistent all along that we are not going to discuss technical mitigations to the S-400."

Many U.S. allies do have Russian air-defense equipment and Israel has already provided technical information to Russian air-defense systems about the F-35s they are flying over Syria. If Russian manufacturers and Turkish authorities say that the friend-and-foe information and other technical information about the F-35s of Turkey's allies entered into the S-400 system will not be shared, the U.S. should trust Turkey. As Ellen Lord accepts – if reluctantly – Turkey is a valuable U.S. ally in NATO and two countries have many agreements based on mutual trust. This is not a simple matter of technical mitigation that can be dismissed that easily with a sleight of hand.

The U.S. military has long been undercutting U.S. presidents regarding bilateral issues. President Barack Obama promised not to equip and train PKK terrorists organized as the People's Protection Units (YPG) in Syria, but the U.S. Army eventually took them as their partner against the Daesh terrorists. Later, President Trump openly announced in February 2019 that the U.S. army would withdraw from Syria; then-Secretary of Defense James Mattis resigned in protest, and his replacement even increased the number of U.S. soldiers there.

On a technical level, it is possible for the U.S. authorities to make sure that the F-35 is compatible with the S-400s. The U.S. knows it, and Turkey knows that they know it. If Deputy Assistant Secretary Winternitz is sincere when he says that the U.S.-Turkey relationship is really a strategic, multilayered security relationship then it should be based on trust. On the S-400 and F-35 issue, if Turkey knows that the U.S. is not truly sincere, then how can the two countries continue cooperating in their security relationship?

The U.S. must know that more and more people are asking now if Turkey has ever been a strategic partner for the United States. Strategic partners do not allow each other to seek assistance for air defense from non-allies. As of now, Turkey needs to fortify its air defense. There is no need to elaborate on this, but anyone desiring more information on the subject should read Greek Minister Defense Apostolakis' speech at a conference last week in Washington.