It's been a very weird year for politics 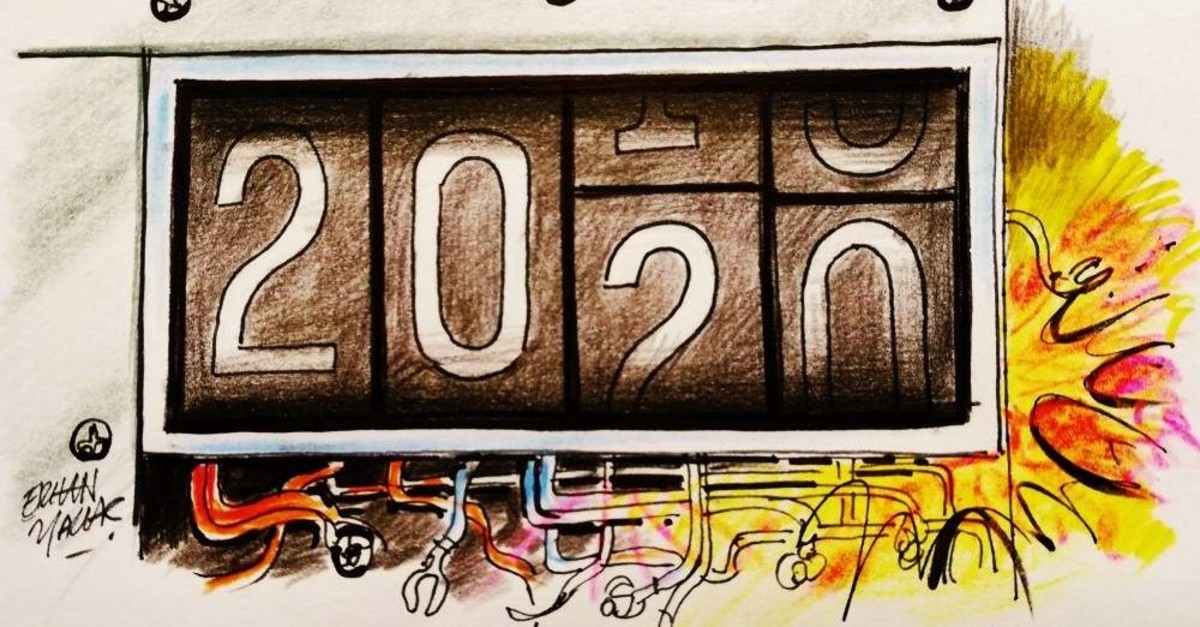 I will try to make sense of senseless events that occurred in 2019 and make a few predictions for the upcoming year. 2019 has been full of events that can only be described as weird. In a personal relationship, you can fool people once or twice; but in the international arena, nations have been fooling and being fooled continuously. It looks like the trend will continue.

The U.S. is an excellent example. U.S. President Donald Trump promised, nay, solemnly swore that U.S. troops were going to leave Syria. They were not only leaving Syria for good, but they would take their misbegotten partners, the PKK terrorist group's offshoots in Syria, the PYD and YPG, with them. A U.S. general had rebranded them as the Syrian Democratic Forces (SDF). One cannot say which is more farcical: the smirk on the face of Gen. Raymond Thomas, the commander of the United States Special Operations Command (SOCOM), when he spoke at the Aspen Institute Security Forum on July 21, 2017, or labeling a terrorist organization as a "democratic" force. Please find his video on YouTube; it is material proof backing this concept of "weird."

Other evidence of the concept is another paranormal issue: Russia, which, you know, is the one and only official ally of the Syrian regime, took the PKK terrorists who had been partially orphaned by the U.S. under its wing. It reminded us of the famous characterization of such groups by U.S. President Franklin D. Roosevelt who reportedly said about Rafael Trujillo, the dictator of the Dominican Republic, "He may be a bastard, but he's our bastard." When you adopt a bunch of terrorists, they are still terrorists; but now they are yours. We learned this from the letter sent by the Russian ambassador in response to one of my columns toward the end of the year. Russians are offended if you call them "comrades" because they are not members of a communist party, but they don't mind legally supporting a political group if enough spectators support a group – e.g., the renegade general Khalifa Haftar in Libya, rather than a U.N.-recognized government in the capital.

Speaking of Libya: Turkey is going to send an armed contingency to Tripoli as early as this week. Not to fight the Libyans' war on their behalf but, quite the contrary, to prevent it. Russia, the UAE, Saudia Arabia and Israel are sending arms, military equipment and mercenaries through the Wagner Group, a commercial paramilitary organization, to support Haftar. If the renegade general topples the Government of National Accord militarily, the civil war would flare, and another area of influence would be carved out in Africa by the Saudi Wahhabism.

That brings us to the subject of the Eastern Mediterranean. The U.N.-recognized Libyan government has signed an agreement establishing new maritime borders in the Mediterranean with Turkey. It allows Turkey and Libya to merge their exclusive economic zones which, according to Greece, Israel, Egypt and the UAE, and their trillions of trolls on social media have made the Mediterranean a Turko-Tripolitania Mare Nostrum, again. Barbary pirates, sometimes called Barbary corsairs or Ottoman corsairs, ruled the entire Mediterranean calling it Our Seas for centuries. Now, this new accord would practically allow Libya and Turkey to sweep foreign oil and gas exploration ships from the larger part of the Eastern Mediterranean.

That possibility has sparked an outcry in Greece, which claims the agreement violates international maritime law and threatens its own drilling interests around Cyprus and Crete. This seems to be the major issue in the area if not in the whole of Europe and the Middle East. The Libyan government has asked Turkey to send naval forces as well as land and air troops. I am sure they will warm the already warm waters of the Mediterranean.

Speaking of gas and oil: Russian gas will start flowing to the Black Sea receiving terminal in Turkey. TurkStream, the natural gas pipeline running from the Russkaya compressor station near Anapa in Russia's Krasnodar region and crossing the Black Sea to the receiving terminal in Kıyıköy, is now going to be sanctioned by the U.S. It is not only going to stop TurkStream, but it will also punish Germany, who was set to receive improved Russian gas from NordStream 2. It will transport even more gas than TurkStream; however, the U.S. is going to sanction German and Russian companies and individuals. The weirdness factor in this issue is even more complex. Trump doesn't want Congress to sanction Turkey for its close cooperation with Russia because that would force Turkey to cooperate with Russia even more closely, but at the same time, he himself wants to sanction Turkey because of Ankara's close cooperation with Russia. This is so weird. For German Chancellor Angela Merkel, the U.S. does not have any legal or moral authority to sanction other countries. She calls it "ausgefallen" rather than weird, which means "eccentric" or "extravagant." If you ask me, it is a much more appropriate term for a weird government who wants to try the president of the country knowing he will be exonerated. Not a good start for a trial. Very ausgefallen. Is it not?