New Orientalism and the Western media 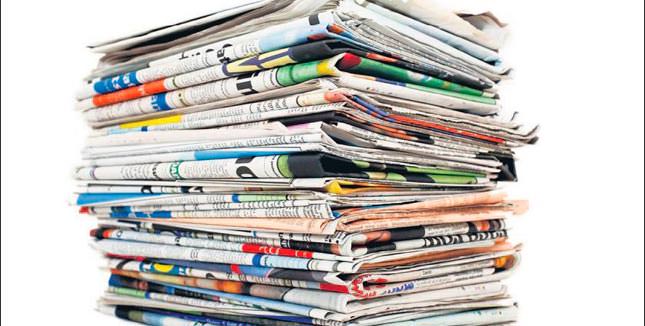 Lately, the Western media has been developing a "new Orientalist" point of view, which begs further elaboration.

We are able to locate the workings of the Western mentality in its view; a world view that is utterly libertarian and behaves like a community engineer to its exterior world. Until recently, countries like ours seemed to sit at an enchanting distance from this type of media, which took pleasure in making news by gazing at the distance itself. If we were to summarize this type of Orientalism in light of Nazim Hikmet's satirical poetry, even prime ministers in this region were "thousand yearold shahs." Regardless of how Western the women in this region may have looked, they may suddenly have appeared as "belly dancing sultans on silver trays."

The events of 9/11 greatly changed this point of view, and further changes have taken place within the last couple of years.

The West is no longer intrigued by those far away, but rather by those whom it finds close to home.

In other words, the U.S. wants to act together with those who are similar to it. Those who are outside of this circle are of no interest; they are residuum, almost trash. This is what I mean by new Orientalism -an imperative mentality that has abandoned witchcraft and now directly collects supporters.

It is because of this new Orientalism that the Western media first advocated the Arab Spring by glorifying the Syrian opposition, whom they now despise, look down upon and push around because there is now nothing Western about the opposition. It is also possible to track the same mentality in the case of Ukraine. When looking at the squares of Kiev, you will see a media mentality that disregards the weight of Russia's impact and presents neo-Nazi organizations as the heroes of democracy just because they battle police on the frontlines.

Now let us focus on the paradigm and selective blindness behind the news presented on Turkey. Let's take a look at Suzy Hansen's piece, "Whose Turkey is it?" published in the New York Times on Feb. 5. Under the ambitious headline, we see several iconic photographs taken during the 2013 Gezi Park protests.

For instance, fancy female activists with their left fists raised in the air, a portrait of Atatürk hanging from the roof of the Atatürk Culture Center (AKM) in the background, and images of people from the park forums making peace signs in front of the Turkish flag. If you are unfamiliar with what is written in the article, you may be left with the impression that there is no socio-political dynamic in Turkey other than the sharp contrast between Gezi protestors and Prime Minister Erdoğan. You may also think that time has stood still since June, 2013. This point of view is exactly what I call the new Orientalist perspective, which drags Western journalists from one superficiality to another.

What happened in Taksim has no similarities to Occupy Wall Street, or the sit-in protests in Madrid. The appearance of similarities between the protesters leads one to romanticize the Gezi protests, which is exactly what the West likes and relates to. This is also why they are still not tired of comparing Wall Street protesters to those who marched along to the words "We are Mustafa Kemal's Soldiers" or "We are the proletarian revolutionaries."

What's worse is they have completely disregarded the opposition towards Gezi among the greater Turkish masses, while glorifying the Gezi opposition itself. I was reminded of U2's wonderful song, "Faraway," which I think is quite appropriate for today's topic:

"Faraway, so close / Up with the static and radio / With satellite, television / You can go anywhere / Istanbul, Ankara, Diyarbakır… / And if you listen, I can't call / And if you jump, you just might fall / And if you shout, you'll only hear yourself."