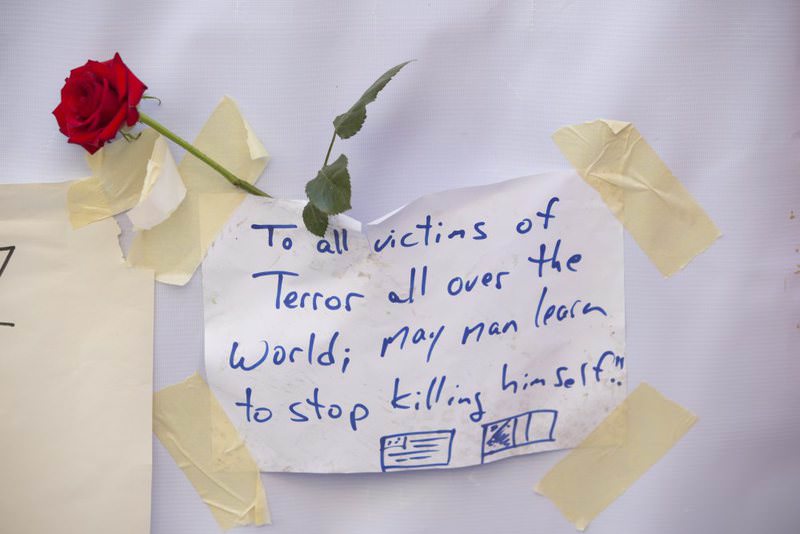 Flowers and notes at the explosion site on Istiklal Avenue in Istanbul, Turkey
by Haşmet Babaoğlu Mar 22, 2016 12:00 am

Believing that everyone loves their homeland is nice, but it is childish naivety, and treason has personal, societal and class aspects

Maybe we are late, or maybe we have delayed it, but we have eventually begun to learn with the light dawning on us, and we continue to learn with profound grief.

Or it could be that we have just started to remember the things that we already knew but were made to forget.

For instance, we learned many different categories such as nationalists, leftists, centralists, liberals, ethnic nationalists, internationalists and others. But now we have realized with dismay that all these differences are only a gimmick, and they could easily walk arm in arm since they all come from the same secularist source.

We bear witness to how those with fears of religion and conservatives designed across the ocean can ally against people on the common ground of the same foreigner spirit.

We know that some of them easily, atrociously and dishonestly protect some assailants while opposing some others without regarding terrorism as a factor to fight against.

Maybe the most significant part is that we are learning that believing that everyone loves their homeland is a nice but childish naivety, and treason has personal, societal and class aspects. We are learning all this even if it is late.

Certainly we are in pain, we are hurt, but the lesson we are learning is priceless.

A large front is working hard to return to the chaotic days between June 7 and Nov. 1.

They see it as a possible option, which means that all their calculations are based on the possibility of diminishing the effect of 49.5 percent of the electorate.

Remember that during those days a large-scale coalition and reconciliation campaign was operated.

Some conservative proponents of that campaign in the media now seem to pay no attention to that, as they are trying to make people forget that they praised the "parallel structure" in their captions. Currently, however, some other dynamics have been employed and the political realm is being directly intervened in this time.

The ruling party does not have the luxury of surprising or swaying its electorate in such an atmosphere. It is necessary to decide on all its political acts after meticulous calculations.

Some 49.5 percent of the electorate is definitely and undeniably a democratic power.

Some so-called mature reviewers write that our diplomatic lines with Syria should be re-framed in a manner as if they revealed a very important fact. I invite them to speak frankly. They should not hem and haw.

They should clearly articulate what they would like to say.

Do they also recommend negotiating with Shabiha chiefs?