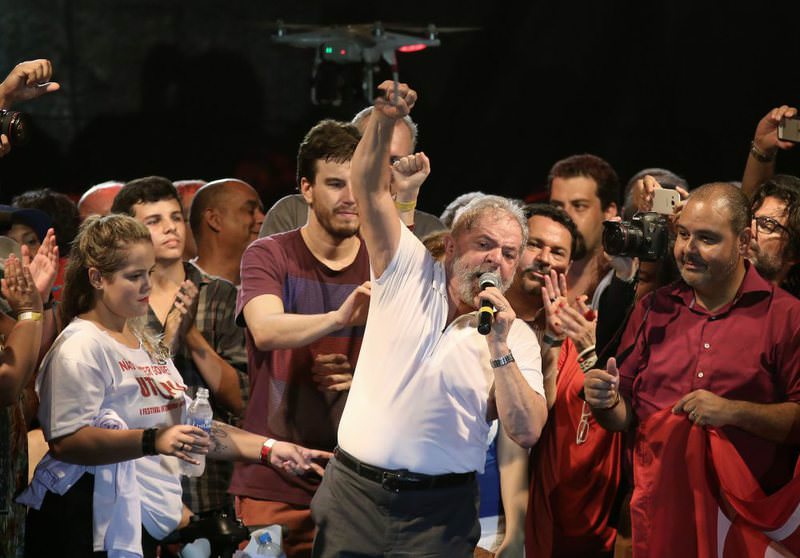 In a recent interview with The Intercept's Glen Greenwald, an American journalist best known for a series of reports in The Guardian on the Edward Snowden files, former Brazilian President Lula da Silva made the following statement about the ongoing impeachment battle concerning current President Dilma Rousseff:

"In Brazil, we arrested the poor for stealing bread, but not the rich for stealing a billion. We arrested the poor for stealing medication, but not someone rich for tax evasion. Our government consolidated the Public Prosecutor's Office's autonomy. We invested in hiring new professionals, intelligence and on the Federal Police's autonomy. It is a coup because while the Brazilian Constitution allows for an impeachment, it is necessary for the person to have committed what we call high crimes and misdemeanors. And President Dilma [Rousseff] did not commit a high crime or a misdemeanor. Therefore, what is happening is an attempt by some to take power by disrespecting the popular vote. Anyone who wants to become president, instead of trying to take down the president, can run in an election."

Watching the interview, I thought back on the Gülen Movement's special mandate courts, which the Turkish government abolished in 2014. In the late 2000s, Gülenists had talked Turkey's leading public figures into thinking that putting their people in charge was the only way to defeat the guardianship regime. Over the next years, they jailed journalists, government officials and military commanders, including former chair of the Joint Chiefs, İlker Başbuğ, on false charges. It was not until the almighty prosecutors attempted to abuse their powers to overthrow Turkey's democratically elected government that many people woke up to the danger of a coup.

Although Turkey's leaders survived a conspiracy by supercharged prosecutors and Gülenists in law enforcement, Brazil took a deadly hit. In recent months, Rousseff was betrayed by Vice President Michel Temer and watched street protests chip away at her administration's power. Seven government ministers resigned from their posts as illegal wiretaps appeared in the Brazilian media.

On Sunday, Brazil's lower house voted for Rousseff's impeachment to clear the path for her prosecution. If the Senate calls for impeachment next month, Rousseff will be suspended for 180 days.

Perhaps more interesting than the legal battle is that the masses are increasingly polarized over the most recent developments. Brazil, which became one of the world's largest economies under Lula's leadership in the 2000s, has been experiencing setbacks for some time. With Rousseff's impending impeachment, the process of economic decline will continue as street protests will become more violent.

In the face of the most recent developments in Brazil, many Turks thought back to May 2010, when Iran, Turkey and Brazil signed an agreement to send low-enriched uranium to Turkey in return for enriched fuel for a research reactor. Dubbed the Tehran Declaration, the three-way deal was intended to protect Iran's nuclear program from outside interference.

For Western governments, there were at least two problems with the agreement. First, Turkey and Brazil had shaken hands with then Iranian President Mahmoud Ahmadinejad, whom Israel and the West literally hated. Moreover, they thought that Silva and then Prime Minister Recep Tayyip Erdoğan were out of their depth.

Six years later, U.S. President Barack Obama's administration discovered that it was actually possible to strike a deal with the Iranian government and address the nuclear threat through dialogue. Here is the catch though: The Obama administration did not shake hands with Iran until Tehran was prepared for regime change.

Upon signing the Tehran Declaration in 2010, Ahmadinejad's political career went downhill. While Turkey was hit with the Gezi Park protests, the Brazilian government came under attack by violent mobs over rising bus fares.

Silva and Erdoğan made the case that "the world is bigger than five" and made the case that all nations have a right to speak their minds about the direction humanity was heading. A handful of hegemonic powers, in turn, would like to concentrate global power in the hands of even less countries. The fight, no doubt, will continue over the coming decades.
RELATED TOPICS