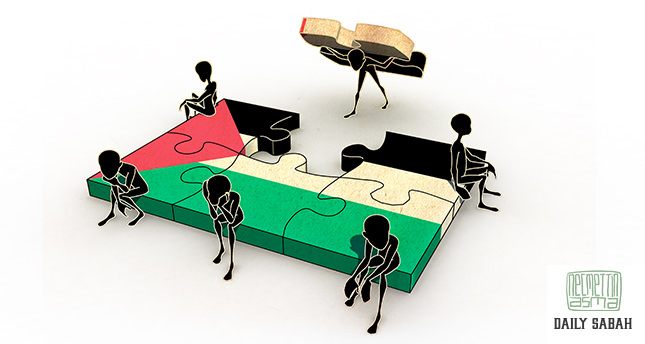 Palestinians are capable and will continue to resist and counter Zionism at every turn no matter the obstacles; yet, the question remains of what success looks like for Palestinians and what to do if it happens

Palestinians' feeling of being foreigners in their own land and unwanted, stateless refugees waiting for country after country to allow them in, grant papers and permit free movement is not something to wish upon anyone. Palestinians are capable and will continue to resist and counter Zionism at every turn no matter the obstacles; yet, the question remains of what success looks like for Palestinians and what to do if it happens. I know Zionists often cast Palestinians in the most negative image possible, but I am less worried about that and more about what is our collective capacity to think in an alternative, and may I say, "de-colonial," worldview.

The annual commemoration of the 1948 Naqba is an important period for Palestinians around the world, and I would like to take the occasion to look at existing proposals offered to resolve this ongoing calamity and never-ending dispossession. It is important to notice that the number of peace plans that have been introduced from local, regional and international actors to resolve the problem are too numerous to list in the article but they can be reduced to six ideas. The six basic frames of how groups and international actors propose to solve the current Palestine crisis are listed below with a very brief description for each in the hope of bringing clarity to the subject.

1. The current state of affairs has been made permanent, which means Israel continues to use military orders and structures to rule over the occupied territories but no change to the basic arrangements set in place since 1967. The current Israeli government is functioning under this assumption with the expansion of settlements, isolating Palestinian communities in disconnected areas, while strengthening the hold on area C in the West Bank and expanding and deepening security coordination with Palestinian Authority forces. Annexation of the occupied territories without granting rights to the Palestinian population would continue.

2. A greater Israel with all Palestinians transferred to Jordan. This idea continues to have a strong hold among diehard revisionist Zionists, the extreme religious right in Israel and their allies in the U.S. and Europe. How to bring this about is not well-thought out, but certainly the utilization of regional chaos or another fomented local conflict can be used as an excuse to expel as large a Palestinian population as possible so as to bring about the idea of a greater Israel over all of historical Palestine.

3. A state of Palestine with all Jews leaving and going back to where they came from. This plan reflects the position of segments of the Palestinian population that assert rights to all of the historical land of Palestine is onnegotiable and settler claims to territory is inadmissible regardless of the passage of time. Some do forward this view on the basis of religious claims, but the motivation emerges out of the continuation of Palestinian suffering in refugee camps inside and outside of historical Palestine.

5. A war until one side vanquishes the other. This plan is supported by groups and individuals that hold onto the idea that war is the only path toward resolving this conflict. War is seen as diplomacy or politics by other means. In particular, those who believe Israel's military strength should be translated more forcefully onto the battlefield to bring about a more permanent resolution favorable to Zionism backs this idea. In the U.S., neoconservatives and a segment of the evangelical right favor this approach and believe that it is a winnable strategy. However, these are the same people who thought invading Iraq was a winnable strategy.

6. One state with equal citizenship and rights for all. This idea or plan is supported by a cluster of individuals and groups that advocate a different future and for relations to be forged between Palestinians and Jews in Palestine. The specifics of the one-state solution are not developed, nor has a full plan been put in place, but it does represent a different vision for Palestine and the possibility of arriving at a solution that does not fulfill someone's idea of an end-times scenario. In reality, the one state solution is a mirror image of current circumstances listed in plan number one above, but removing the apartheid nature of it, ending settler expansion and beginning the road toward a "de-colonial" society.

Each of the ideas listed above have ready crowds prepared to defend and work on their behalf, but what is evidenced is that, so far, none have been able to translate any of it into a sustainable and stable state of affairs for all the people inhabiting historical Palestine. In certain parts of the West and among the evangelical movement, the battles between Jews and Muslims are seen as a prerequisite step to usher in the second coming of Jesus. This coming period involves the forceful conversion of both communities and death for those who refuse. Indeed, the religiously expected second coming has been used to rationalize interventions, the military industrial complex worldview and a host of other violent initiatives in the hope of hastening Jesus's return. What all this means is that Jews and Muslims must die in large numbers for those holding onto this vision to vindicate their distorted and violent vision.
RELATED TOPICS