Dismembering the Ottomans and Colonizing Palestine 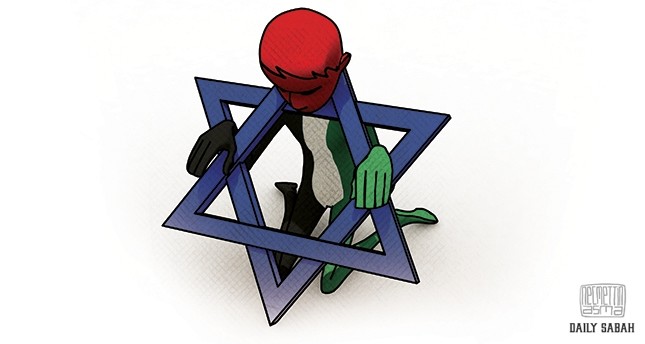 Palestine was not lost to Israel in the 1947-48 period but at the end of World War I, when the British arrived to Palestine and entered Jerusalem

The Zionist colonization project in Palestine was carried out over a long period and had various stages to it but it would not have been possible without the involvement of the U.K., France and the U.S. at a later point. Many books, articles and materials relating to Palestine tend to begin the Palestinian dispossession and expulsion with the period immediately before and after the 1948 Nakba (Catastrophe) but more accurately and for all purposes it was the dismembering of the Ottomans that led to the British occupation and mandate, which then made Zionist colonization possible and eventually successful.

Rather than treat the British attacks on the Ottomans and the Zionist colonization as separate projects, we should view them as complementary of one another and working within an existing framework; despite differing at times on the speed of or emphasis on the implementation process. The Zionist and British colonial project was set in Europe in the corridors of power and influence while slowly unfolding in the cities, towns and villages in Palestine, with the results being visible and readily documentable until the present. How did this project come about? What British interests were in play at the time and how did they go about implementing this last colonial project? How did the Zionists, as an implanted settler community, manage to create a state in a short period of time while the Palestinians, as an indigenous majority, failed or were violently made to fail in constituting a state?

Answers to these questions and others are as critical today as they were at the time, and in examining the ins-and-outs of the Zionist and British colonial project. The first act in Palestinian dispossession begins not with the Nakba of 1948 but with the dismantling of the Ottomans, which allowed for the colonization of Palestine and the heartlands of the Arab world. Dec. 9, 1917 is an important date and should be registered as the starting point for the Palestine's colonization by the U.K., which then opened the door for the Zionist project.

The wars of the crusades are now complete Palestine was lost at the end of WWI, not in 1947-48 period. The Ottoman army withdrew its troops and surrendered Jerusalem to British command between Dec. 7-8, 1917 with a letter from the city's governor: "For the past two days, bombs have been raining on Jerusalem, holy to all communities. Therefore, the Ottoman government, in order to safeguard the religious places from ruin and destruction, has withdrawn its forces from the city and has commissioned officials to take care of religious places like the Holy Sepulcher and the Aqsa Mosque. Hoping that your treatment will also be similar, I am sending this paper with Husain Bey al-Husain, deputy mayor of the Jerusalem municipality." Two days after the Ottoman surrender of Jerusalem to safeguard it from destruction, General Edmund Allenby entered the city on foot through the Jaffa gate while declaring on this historic occasion: "The wars of the crusades are now complete."

Allenby's reported statement is such a powerful indicator that the ﻿British considered, at least rhetorically if not in actual policy, their arrival in Palestine and entry into Jerusalem as a continuation of and realization of the conclusively successful Crusades. In Allenby's statement, we are introduced to a critical epistemic that is connected to the Crusades of the 11th and 14th century period. In European and Western thought, the Crusades continue to occupy a considerable space in the imaginary and the permanent resistance to reconcile the defeat and eventual "loss" of Palestine in 1187 to Saladdin. Bloody and devastating as they may have been, the Crusades for Europe were not even deemed an error or a historical mistake nor is there as much recognition as to the magnitude of the failure. Then-Prime Minister of the U.K. David Lloyd George described the capture of Jerusalem as «a Christmas present for the British people,» making sure to direct Allenby to take the city before the holidays at the instructions of the Cabinet.

Allenby's statement and references to the Crusades were not isolated or unique as illustrated by several members of the British press and various book publications of the era. Punch's main caption on Dec. 19, 1917, declared, "The Last Crusade" showing Richard Coeur de Lion looking down towards Jerusalem and nodding contentedly saying, "My dream has come true!" The British press, which was initially instructed in a "private and confidential" memo dated Nov. 15, 1917, not to refer to the "military operations against Turkey in any sense as a Holy War, a modern Crusade, or anything whatever to do with religious questions," moved very quickly and in a short period of time after the instruction to emphasize the centrality of religion in discussing the Occupation of Jerusalem. From the government's point of view, the reason for the memo was to prevent any possible friction with Muslim troops recruited from British colonies to fight in the war as well as the alliance with Sharif Hussein of Mecca against the Ottomans. This "private and confidential" directive was very quickly set aside as the article from Punch shows but more importantly the British Department of Information itself began to use the term Crusade and convey very distinctive religious and historical connections to earlier periods.

In a telegram wired from Palestine, the British information office mentioned, "Two of the commanders who have played a tremendous role in the South Palestine campaign descended from knights who fought in the wars of the Crusades." In addition, a few months after the conquest of Jerusalem, the Department of Information "released a 40-minute official film titled, "The New Crusades: With the British Forces on the Palestine Front," which once again articulated the adventure in the region in religious terms. Furthermore, in the period after WWI, a large number of published books incorporated the Crusade into their content; namely, Khaki Crusaders (1919), Temporary Crusaders (1919), The Modern Crusaders (1920), The Last Crusade (1920), With Allenby's Crusaders (1923), and The Romance of the Last Crusade (1923)." Eitan Bar-Yosef correctly observes that the British government effort was consciously staged "as an exercise in propaganda, shaped, filtered and capitalized on in order to enhance the nation's morale."

This observation would also be in line with the period of the Crusades as well, as they were intended to construct Europe's identity in the face of fragmentation, internal disunity and the contestation of the Catholic Church's authority. What is of importance in the framing of the campaign in Palestine is the extensive use of religious terms and viewing of it as a continuation of the earlier Muslim-Christian conflicts despite the claim of fighting the Ottomans on the basis of secularism and anti-religious modernity. A similar account to the British press and Allenby's conduct comes from Tariq Ali, citing the account of the French commander Gouraud supposedly traveling to Saladdin's tomb. Upon entry into Damascus, he kicked it and proclaimed: "'The Crusades have ended now! Awake Saladdin, we have returned! My presence here consecrates the victory of the Cross over the Crescent." Religious epistemology was present all along in the Palestine campaign and the debates in London, France and other Western capitals focused on supporting Zionism as a way to re-constitute the Jews in the Holy Land and a re-enactment of ancient history.Even the drawing of the borders and the discussions concerning what constitutes Palestine were framed by re-reading and affirming biblical narrative relating to the ancient Jewish polity in the land of Canaan and attempting to recreate it. Furthermore, the modern colonial borders were projected to the ancient biblical period and contemplating what defensible borders should look like based on how and why the earlier polity failed from attacks from the north or how it was defeated. In the British government debates and discussion arose about the Golan Heights and why it is critical to include them in the newly crafted state so as to prevent history from repeating itself through an attack from the north. Thus, the Western interpretation of the Bible was present in the debates and colonial discourses on Palestine were written through the biblical lens. Colonizing Palestine begins first as a Western epistemic directed at the de-legitimization and dismantling the Ottomans, as a Muslim polity, followed by direct British conquest, French, European, U.S., and Russian powers' consent and approval for dispossessing the Palestinians and granting their land and country to the Zionists, as a modern re-enactment of ancient biblical narratives and bringing the Crusades to completion.
Last Update: Dec 14, 2016 8:11 am
RELATED TOPICS