Is balancing freedom of expression and public interest possible? 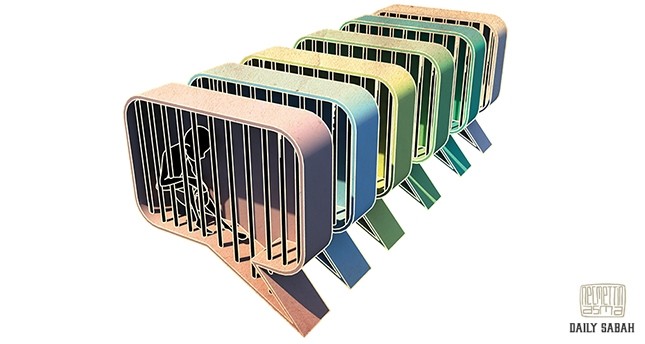 The serious problem civil society is facing is how to best navigate freedom of expression in the age of fake news, alternative facts and opinion-driven public speeches, where nothing is real and everyone's point of view has equal standing, including the flat earth society

The current debate engulfing the University of California at Berkeley, the United States, and the world as a whole is not unique or new; it is as old as the human experience itself. Certainly, free speech and Berkeley will forever be connected. The 1960s' Free Speech Movement was born on campus, and shaped the political, cultural and intellectual direction of the U.S. and other parts of the globe from the beginning. As a Ph.D. student at Berkeley and leader in the Graduate Assembly in the 1990s, I led the student campaign to defend the preservation of Affirmative Action on campus. In the process, I met and jointly organized events with the leader of Berkeley's Free Speech Movement, Mario Savio, also working together with him to defend Affirmative Action during California's campaign for Proposition 209. For those who do not know, Mario Savio passed away a day after the passage of Proposition 209 and, as the last student to have organized something with him, I feel the need to comment on the current Free Speech debate on campus.

The debate on whether offensive speech and bigoted expressions are to be tolerated and if limits should be imposed on those expressions is the crux of the matter. More importantly, an important question is who should determine whether a speech is offensive or bigoted, and also what is the best way for society in general and the campus in particular to address this from a policy perspective.

Let us be clear that Ann Coulter, Milo Yiannopoulos, David Horowitz and others of their ilk are bigots of the first order; this fact is not debatable. The key question is whether they have the right to spew their bigotry on campus with the protection to do so. The law is on their side on this issue and while the campus can regulate the time, place and manner of invited guests, the choice to do so in the case of Ann Coulter was wrong and ill-advised.

I despise all these Islamophobes and the racist rhetoric they spew, but the university's actions played into their hands and provided them an even bigger stage and more national audience by interfering with the date and time selected by the College Republican. Let us be clear, if the Republicans on campus and California like to hitch their wagon to racists, anti-immigrant speakers and Islamophobes, then so be it, but the university, as a whole, should make sure to disassociate itself from this group and anything to do with it. The College Republicans should lead with ideas and not celebrate or invite racist speeches, but let me be clear that they have the right to do so. However, these invites will only hasten the discrediting of their agenda on a statewide and hopefully on a national level. The fact they are having short term success should not be confused with long term sustainability of this brand of racist and reactionary politics, which I am confident will not be the case in the future.

In 1919, the U.S. Supreme Court's decision in Schenck vs. United States set the standard, which provided the famous phrase: "The most stringent protection of free speech would not protect a man in falsely shouting fire in a theatre and causing a panic." The decision, written by Justice Oliver Wendell Holmes, used the analogy of "shouting fire in a crowded theater" to set the limits for protected forms of free speech. At the time, the court ruling was unanimous and the First Amendment in the constitution was not extended to protect uttering false statements — and the analogy of a dangerous speech was made, "shouting fire in a theater and causing a panic," to emphasize that false speech would lead to harm. In this context, safety and prevention of harm takes precedence over the right to freedom of expression.

While the key phrase from the 1919 ruling was "shouting fire in a crowded theater," the actual case had nothing to do with a theater or a fire, but rather involved the opposition to the WWI military draft.

The case that ended up in the U.S. Supreme Court involved Charles Schenck, who had printed 15,000 flyers and passed them out to encourage people to resist conscription. According to the government's prosecutor, Mr. Schenck had violated the Espionage Act of 1917 and the Sedition Act of 1918, which explicitly prohibited and criminalized such means of protest. It is important to note here that it was the government that sought to silence the protester and constituted a threshold that impacted an individual ability to oppose a government action deemed to be unjust. Certainly, Mr. Schenck did not have the power to alter the government's action and the authorities wanted to silence the debate in order for it to not affect the course of unfolding policies related to WWI. ACLU's Gabe Rottman made this correct observation about Mr. Schneck protest: "It did not call for violence. It did not even call for civil disobedience," but this did not prevent the government from silencing him.

The 1919 resolution is often cited in debates involving freedom of expression despite the fact that it was later overturned. In 1969, the Supreme Court handed down a decision in Brandenburg vs. Ohio that totally overturned the Schenck case and set a new standard for freedom of expression. The Brandenburg case involved the rights of the members of the Ku Klux Klan to use inflammatory speech, including advocating violence, which was deemed by the court to be protected unless their language was "directed to inciting or producing imminent lawless action and is likely to incite or produce such action."

The court's resolution from 1969 is built on Justice Holmes's notion that the marketplace of ideas is the best avenue for countering offensive speech: "The ultimate good desired is better reached by free trade in ideas — that the best test of truth is the power of the thought to get itself accepted in the competition of the market, and that truth is the only ground upon which their wishes safely can be carried out."

As it stands, the arguments at the Berkeley campus boil down to the court's two decisions listed above. On one side, the groups representing minorities, immigrants and women maintain that offensive and bigoted speech is harmful to a class of people who are facing real violence in light of the rising tide of fascistic tendencies in the society. On the other hand, the rightwing, republicans and alt-right embrace the second argument and maintain that they have the right to share their unwelcomed offensive speech in the open market of ideas and let society be the judge. However, a political context is absent from this simple demarcation in which these two sides find themselves.

Restrictions on freedom of expression will not resolve the national and global political fragmentation. More importantly, information technology has made it close to impossible to limit the freedom of speech because shutting down a speech ends up opening online vistas for larger audiences than would have been possible before the restriction. Twitter, Facebook, Instagram and other means of social media have made restrictions on freedom of expression a contradiction in terms, since imposing restrictions often produces the opposite massive online results.

The serious problem civil society is facing is how to best navigate freedom of expression in the age of fake news, alternative facts and opinion-driven public speeches, where nothing is real and everyone's point of view has equal standing, including the flat earth society. Facts and evidence are no longer relevant in public debate and the number of social media likes and shares is more important than the logic or the substance of the argument. Everyone's freedom of expression is guaranteed but limits on this include libel speech, misleading advertisement, giving false testimony and intentionally inciting to violence to name only the obvious. However, the challenge remains: Who, when and how to enforce the limits, taking into account the total collapse of public confidence in the current U.S. leadership and the national institutions.
Last Update: May 04, 2017 2:01 am
RELATED TOPICS