From Granada to Guantanamo: The torturing of the Muslim subject 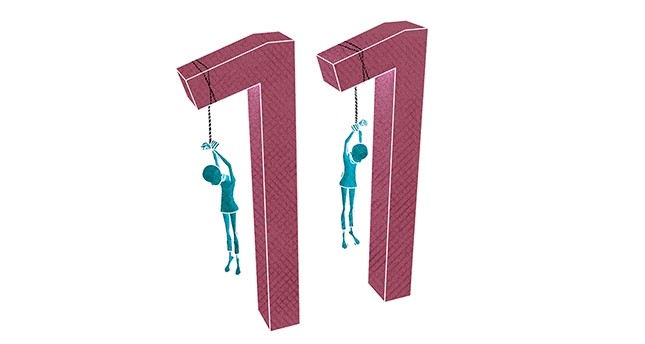 Teaching a summer course on Muslim Decolonial Thought in Granada, Spain brought me again into contact with the history and consequences of the Inquisition and the Muslim and Jewish expulsion in 1492 and afterward. More to the point, a visit to the Inquisition Museum in Granada and the Torture Museum in Cordoba raised a series of questions as to the continuities of dehumanization and treatment applied to the Muslim subject. Could we draw a line from the torture chambers of the inquisition, "court" proceedings, controlling Muslim space, bodies and regulating belief all the way to the present in Abu Ghraib, Bagram Air Base and Guantanamo Bay when it comes to the subject of treating Muslims?

On the second floor of the Inquisition Museum, I was confronted with the La Toca La Tortura Del Agua (Cloth or Water Torture), which was described in the following terms, "The victim was tied by his hands and feet to a rack… The accused was then forced to open his mouth and a cloth was forced down his throat. Jars of water were then poured into his mouth and the prisoner was forced to swallow. The soaked cloth caused a terrible sensation of suffocation and obliged the accused to keep drinking. The severity of the torture varied depending on the jars poured. Often the cloth was pulled out abruptly, caused the throat to bleed…"

Does the "Cloth or Water Torture" sounds similar or familiar to the expanded torture regime instituted under the "war on terrorism" rubric!

What was instructive in the Inquisition Museum was the organized nature of the enterprise, the legal, state, public and institutional structure behind the technologies of torture. The whole enterprise was on public display and regulated by the state through an official and systemic legal framework that made torture the norm in Andalusia and in the process targeting Muslims and Jews for precisely being Muslims and Jews.

The expulsion and inquisition affected Muslims and Jews as well as women who often were accused of witchcraft, a charge that was loosely applied to any woman departing from the prescribed social norms. Granada's ruler Aba Abdellah Alaaghier surrendered the city to Queen Isabella I of Castilla and Ferdinand II of Aragon in 1492 with stipulated conditions to preserve the life and culture of the city. Immediately after the surrender, the order for the expulsion of Jews from Granada was given, while Muslims were given respite to move or face forced conversion at a future date.

he Inquisition, expulsion and torture occurred after the surrender and the end of Muslim rule in Spain, which means that the military threat of hostilities had effectively come to an end. Muslim rule in Spain began in 711 and lasted until 1492, which means that the population that was expelled and put under the rules of the Inquisition was of actual Spanish background. Arabs and the African presence in the Iberian Peninsula never reached a majority, and conversion to Islam over the centuries by Spanish populations was a key factor in increasing numbers of Muslims in the region. On the other hand, the Jewish population was present in Spain prior to the arrival of Muslims, but Jews from other parts of Europe moved to Andalusia during the Islamic period due to the high level of inclusion and participation in all aspects of Muslim civil society.

The Inquisition was the state's and Church's instrument of re-Christianizing the region by employing a regime of structured violence and systematic "ethnic cleansing" to achieve their goal. The writings, coverage and discussions of Muslims and Jews in Spain often use a reductionist language that collapses their identity into Arab-ness or Easter-ness rather than naming it for what it was: a racially complex, ethnically, culturally and religiously diverse population. The Inquisition was a state and church project to constitute a racially heterogeneous population and manufacture a Christian religious majority by forceful conversion, death and expulsion for those who refused to adhere to these conditions.

The Inquisition and expulsion included King Ferdinand's order of 1499, which enforced the closure of all mosques and forbid the public practice of Islam in all the territories under his rule. This caused many Andalusian Muslims to practice their religion in private settings, which was further regulated by codes that intruded into the homes and all non-public spaces. An example of this type of regulation was the 1567 decree, which made the practice of ritual bathing for Friday prayers or "Ghusul" a forbidden act punishable by the Inquisition.

Consequently, Muslim "public baths that on average hosted 20 to 25 patrons at once with what we know today as Turkish style baths and spas and massaging with 20 to 25 private rooms to relax were destroyed and shut down." The city of Granada had a very rich and extensive public baths infrastructure for both men and women, and they were all destroyed by the expulsion and Inquisition.

Similarly, the Spanish crown issued a 1529 decree forbidding the use of the Arabic language in speech, reading or writing. This decree "meant Muslims were not allowed to read the Quran, and of course anyone found with a Quran faced instant death for himself and his family." The inquisition targeted those Muslims and Jews who were forcefully converted to make sure that they were unable to practice their religion in private, which produced a system of surveillance to govern the public and private aspects of their daily lives. Surveillance turned neighbor against neighbor, as well as making it possible to financially benefit from properties of individuals brought into the Inquisition court. Certainly, we can see the infusion of religion and financial gain in clear terms during the Inquisition in a similar way the current "war on terror" has seamlessly integrated corporate greed with pursuit of the "Muslim enemy" across the globe.

Indeed, the global "war on terror" that has been out on autopilot post-9/11, has again produced a separate human category, the "Muslim enemy," while torture technologies and surveillance are normalized and extended beyond "international law" limits. The La Toca La Tortura Del Agua (Cloth or Water Torture) is the precursor to Water Boarding and other expanded torture technologies uniquely suited for the Muslim subject. In which way are Muslims different that they require the "civilized world" to come up with "new" or to re-introduce technologies from the Inquisition to get Islam's DNA violent marker out of them?

More importantly, why was the expanded torture regime needed to deal with the Muslim subject, but it was not the case for Nazi Germany? If we claim to have arrived at a civilized time and place in history why is a Guantanamo Bay prison still needed and what is the function of a place outside of the legal structure, be it the U.S. constitution or articles of the 4th Geneva Convention? Water Boarding a prisoner 80-84 times to extract information resembles the practice dating from the Inquisition period and the argument that the enemy does not uphold the law is an absurdity masquerading as logic. Societies are measured by their own ideals and not by the enemy they face. Again, what are the ideals that were/are at play in Guantanamo, Bagram Air Base and Abu Ghraib and in which way did the treatment given to the prisoners emerge out of a historical imaginary rooted in the decrees of the Inquisition?

A more critical issue to ponder in relation to the period of the Inquisition is the fact that the Muslim world welcomed with opened arms those expelled Muslims and Jews. As the Inquisition was underway, Muslim political elites and populations far and near to Spain did not direct any hostilities toward the Christian communities living across the vast territories of the Muslim world. Islam's vision and the historical hallmark are inclusivity and tolerance, the prime reasons why we can still today speak of Christian and Jewish communities in the Arab and Muslim world. Not to be accused of glossing over tensions, difficulties and moments of crisis in history including the situation in Palestine and the present Daesh criminals, but the over-all record can withstand a comparative analysis with any period in Western history. The 20th century's record of Western violence and its record of dehumanization raises the question of if anything has been learned from the history of the Inquisition and expulsion!