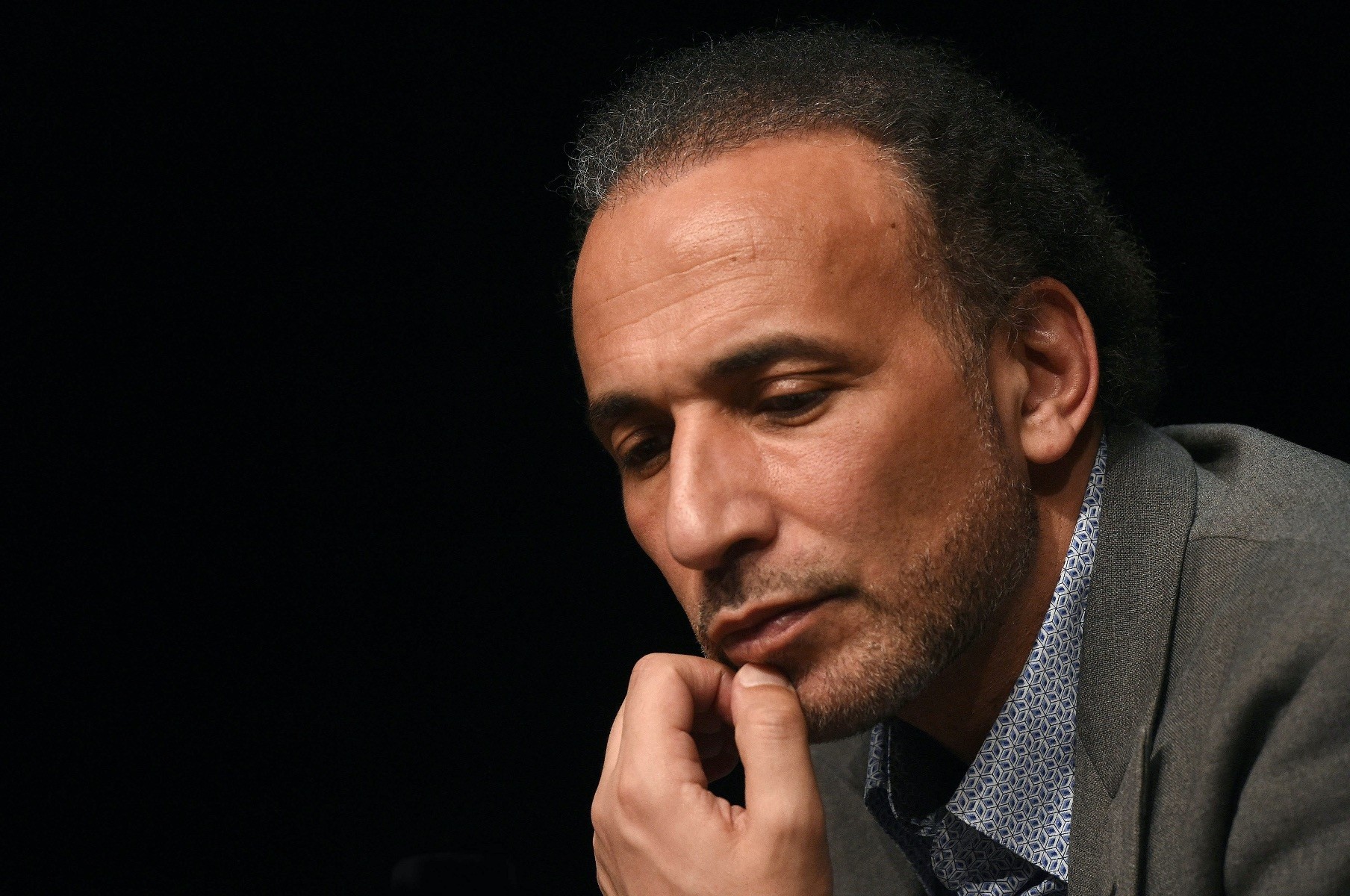 The current imprint on Western society is a function of latent Islamophobia, which worked to produce the manifest Islamophobia that professor Ramadan is currently experiencing

Professor Tariq Ramadan's case and the solitary confinement he faces in a French prison sheds some light on the differentiated treatment Muslim subjects receive in the legal system of the Western states. In this article, I am not defending or making any arguments for the charges levied against professor Ramadan – they are serious and require full and fair examination by the authorities and the courts as well as more responsible coverage from the media. The cause of sexual harassment is rightly receiving much needed and overdue global attention. What is important is to make sure that the scales of justice in pursuit of a needed legal, social and political corrective does not lead to undermining the rights and standing of a similarly demonized community.

Demanding justice, fairness and transparency is a universally supported set of principles, which are critical in the case of professor Ramadan.The guilt or innocence after a transparent legal process and a trial are what all parties to this painful case deserve and expect. Muslim subjects have become accustomed to an abnormal legal treatment from the moment they are arrested and charged, and even throughout the court proceedings. This abnormal is becoming the norm no matter whether the charges are civil or criminal and is for sure the case when the charges are remotely related to terrorism.

I do think that the initial attempts to defend professor Ramadan were wrong in disparaging the women who levied the charges. These short-sighted attacks on the women who came forth caused a mix-up and confusion between the demands on the French legal system to treat professor Ramadan fairly and the attempts to win public debates and alter the demonized media coverage of the Muslim subject. These two should be separated and I am not sure how this should be done but it should be part of any serious approach. A basic analysis of the French media coverage of this case points to the problematic nature of the coverage and the preponderance of journalists to pile on and sentence professor Ramadan before even the end of the investigation and the court proceedings have started.

What is expected of the French state and its legal system is to adhere to the due process of the law and accord professor Ramadan the same rights that are granted to any non-Muslim, non-Arab and non-Maghrabi person in the country. Indeed, the legal process in France is tainted by the differentiated treatment accorded to all "non-French to the source" populations that face systemic discrimination at all levels of society including foremost in the legal system. The treatment is similar to the one faced by African Americans in the U.S. and an entrenched racism dating from the colonial period is ever present in France.

Let's be clear – professor Ramadan traveled willingly to France and surrendered to the police authorities in order to face the charges levied against him and then to prepare for the legal proceedings. The French authorities moved to arrest professor Ramadan, refused to grant bail, placed him in solitary confinement, and limited family visitation and access to proper medical care, which collectively point to the differentiated treatment reserved for the Arab and Muslim subjects. In reality, the French authorities are treating this case as if it was one of a terrorist who was caught "red-handed" with a ticking bomb in his possession.

Maybe the French prosecutor's office needs to be reminded of the type of case under consideration and that professor Ramadan is not being charged under the terrorism laws. The entanglements' of the French state and professor Ramadan are all well-known and documented over a long period of time, and to call it antagonistic would be a polite description. However, if the current case against Ramadan is used to settle a previous public injury by those who were often accustomed to total obedience and deference by post-colonial subjects, then it would be a travesty and the long-term domestic relations with the Arab and Muslim communities in France and abroad will certainly be impacted.

A simple question needs to be asked: Is professor Ramadan the only one to be accused and charged with sexually related offenses in France and other Western states?

If the answer is yes, then we can consider this case as the first and set new legal standards based on it. However, if the answer is no, which I am afraid is the case, then who else in France, the U.K. or the U.S. is under arrest in solitary confinement and not allowed bail or sufficient medical care because of mere accusations? As far as I can tell and from all the current cases arising from similar accusations, not a single person has been arrested or is in jail, let alone being placed in solitary confinement, before a trial even taking place. Professor Ramadan is serving as the most recent case of the notion of the "dirty Arab" in the French racial imaginary that must be disciplined and put in his place.

Professor Ramadan – and I would argue other Arabs and Muslims – in the French and other Western legal systems face a differentiated treatment by the police first and then throughout the legal process. The innocent until proven guilty legal standard does not apply to the Arab and Muslim subjects in France and other Western countries. The law is born and is shaped by social conditions, which are currently subjected to a heavy dose of Islamophobia and fear mongering at all levels of the society. I maintain that the current imprint on the Western society is a function of latent Islamophobia, which worked to produce the manifest Islamophobia type that professor Ramadan is currently experiencing.

Guilty until proven innocent is the legal standard applied to Arabs and Muslims. Furthermore, any accusation or crime committed by Arabs and Muslims gets immediately the embedded latent Islamophobia enhancement of connecting it to some type of terrorism, either directly or through a six degrees of separation going back possibly seven generations.

In professor Ramadan's case, the standing accusations against him are often linked back to his grandfather, Hasan Al-Banna, the founder of the Muslim Brotherhood movement and this "pedigree" cast an unforgiven shadow over all his involvements. I have my own epistemological, historical, economic, and political critique of the origins and ideas of the Muslim Brotherhood movement but I don't confuse them with the ongoing demonization campaign directed at individuals and groups that are connected to it.

More importantly, the Muslim Brotherhood movement is a legal entity across the Western world and throughout the Cold War was recruited as a major piece and a partner in the anti-communist and anti-Arab nationalist campaigns. I was very critical of this involvement early on and before the many Johnny-come-lately people crowed. The contemporary Islamophobes, neocons, or post-Arab Spring Johnnys engaged in metaphorical food fights centering on crafting good Islam versus bad Islam that pivots on demonizing and essentializing the role of the Muslim Brotherhood movement in the region. So, if the Muslim Brotherhood movement is the cause of all evil in the Muslim world, then what country or countries did they actually manage to rule since 1945? The failure in the region is rooted in a long series of dictatorships and monarchies that set on top of a vast oil ocean that propels the modern global economy. Oil is a curse that is masquerading as a blessing and is at the root of the last 100 years of utter destruction in the region, Islamic groups are the easy bearded patsies used to produce the needed compounded ignorance of the sources and causalities of the unfolding and never-ending disasters.

In the press, professor Ramadan is discussed through the use of a demonization strategy directed at his supposed family connection to the Muslim Brotherhood movement and this is possibly one of the reasons why the French authorities are acting to discipline him as a representative of political Islam in the Western context. Failure in the Arab and Muslim world in the current period is simplistically attributed to the role played by the Muslim Brotherhood movement, which is a weak argument and uses a single causality to explain a very complex set of political, economic, social and religious stimuli and agents that shaped the region into what it is today. The case of professor Ramadan sits at the intersection of debates related to his voice and role in the field of political Islam rather than on the issues related to the accusation itself, which goes a long way to explain the French state's differentiated treatment before the actual trial.

The basic demands are for professor Ramadan to be granted immediate bail, to be allowed to organize his defense and to be able to face the accusers in court. Furthermore, the failing health and well-being of professor Ramadan are the direct and sole responsibility of the French state – an innocent man until proven guilty that has not yet had his day in court or found guilty is being held in solitary confinement. Lastly, the charges and the case in general should not be linked to any developments or possible carrying of favors for any segments of the domestic right-wing Islamophobes or interested Arab and Muslim political elites that are seeking to settle political accounts through it. We seek justice and fairness, nothing more and nothing less, for all involved.