Economic hit men and jackals: The destructive tools of empire 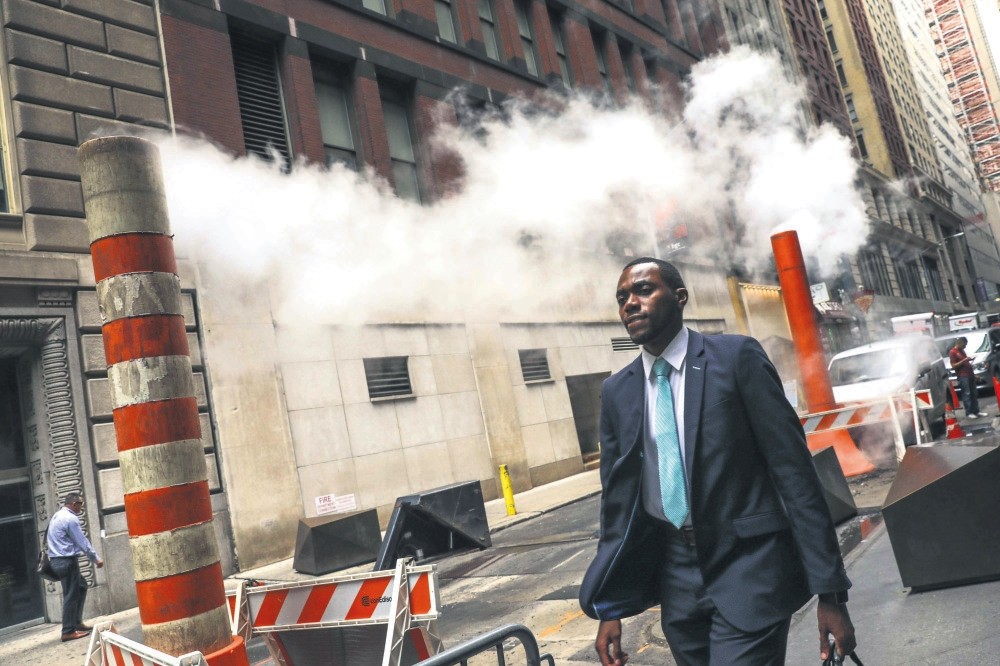 A suited businessman walks through the financial district near Wall Street in New York City, Aug. 22.
by Hatem Bazian Aug 28, 2018 12:00 am

In his book, "Confessions of an Economic Hit Man," John Perkins detailed the pernicious and destructive economic strategies deployed by Global North powers, and the institutions that represent their interests, against countries in the Global South. The term economic hit man is used to describe the role of individuals, like Perkins himself, whose assigned role is to produce, create or invent out of thin air the needed financial projections and plans to legitimize the rationale behind disastrous and destructive projects in countries in the Global South. The intent behind the economic hit man activity is to sink countries in the Global South deeper into debt, dependency and foster the elite's corruption then use international trade and legal institutions to claim their natural resources and funnel massive amounts of wealth to the Global North.

The mechanism for achieving this destructive outcome is a sophisticated well-stitched infrastructure of corporations, banks, foreign policy outfits, and international governmental and non-governmental agencies. At the core is the following undisputed fact, the Global South is home to the overwhelming known world natural resources, and these have been siphoned, stolen, and pillaged to support the continued destructive live style of the Global North.

From the 16th to the 21st century, powers from the Global North have invaded, colonized, intervened, cheated, pillaged, destroyed, killed, cut-off limbs and committed multiple genocides against native populations in the Global South to unjustly lay claim to the natural resources. During the "age of discovery" and "colonization" the stealing and robbing of the resources was direct with no need to rationalize the enterprise other than simply using racial superiority, manifest destiny and the industriousness of the European man opposite the Global South.

Through the other continents

Africa, South and Central America and parts of Asia were subject to systematic pillaging and destruction and the mercilessly made impoverished populations to uplift Europe and North America. No resource or natural setting was left untouched and existing economies, markets and trade relations were put to waste to create the modern colonial order. Development and progress in the 19th and early 20th centuries in global north countries ordained destruction, death and genocide in the Global South. The "scramble for Africa" was the framing for the pillaging and destruction of the African continent, which the European powers crystallized and cemented in the Berlin Conference of 1884, to regulate between them trade and colonization of Africa. Indeed, between 1881 and 1914, the European powers active in the so called "scramble for Africa" managed to lay claim to 90 percent of the continent's territory that translated to pillaging of resources, destruction of existing societies, death and genocide to anyone and everyone that dared to stand in their way or resist.

The transformation of colonialism

The post-colonial economic structure is the colonial one but with new local/indigenous looking district managers, who were educated and trained in the Global North, operating the "independent" colonial franchise. Certainly, the countries in the southern hemisphere gained their independence, all are United Nations voting members in the General Assembly and are active in global institutions but let's not make the official trappings dissuade us from sound political and economic power analysis. While the colonial forces and troops indeed were forced out in the past 40-50-year period; nevertheless, the economic, political, social, military and educational infrastructure remained colonial to the roots. The European colonial companies that controlled the raw materials never left, banking institutions and finance remained intact, educational epistemology never strayed away from Eurocentric framing, social relations governed by a racial hierarchy, and a military set-up to control and crush the population while keeping them away from contesting the vested colonial system.

Elites in the Global South were educated, trained and nurtured in the Global North bosom and suckled into an epistemic post-colonial maturity and then set-out to manage the existing franchise with all the trappings of flags, stamps, currency etc. but keeping the natural resources and captive markets for finished European and American products intact. The training was intended to reproduce the normative destructive economic patterns of dependency on Europe and later-on the U.S. and to structurally never break away from it as well as a heavy dosage of inferiority complex mixed in it. The military was trained to guard the newly independent states not from an external enemy but from the population itself and any leaders or movement that might challenge the existing set-up. Keep raw materials and natural resources flowing, open your markets to finished products from Europe and the U.S., take into indebtedness as a policy to keep the population at bay and your "independent state" will not face the economic hit man or the Jackals!

The "independent states" structurally are setup to maintain unfettered access to markets, flow of raw materials and resources to the Global North while utilizing trained and equipped military forces to keep the system uninterrupted. In the case of any internal disruption, then the military must step-in and rescue the "modern" state project or accurately protect the investments of the Global North from the impoverished populations. In the colonial days, the troops and administrators took matters into their own hands, which is a little different today since the military, which often is trained by foreign powers, is used to carry a coup to rescue the nation from itself.

The global financial policing institutions like the World Bank, International Monetary Fund (IMF) with designed trade distortions set in place through successive General Agreement on Tariffs and Trade (GATT) and World Trade Organization (WTO) "negotiations" function to control the economies of the Global South. Indeed, the pattern produced higher levels of domination, dependency and control since the visible signs of the colonial structure was obfuscated through the presence of the local elites who managed and maintained the system for a handsome fee or secret accounts in European and American banks.

The economic hit man is embedded into the multinational institutions, World Bank and the IMF and operates to maintain the interests of the Global North economies at the expense of the Global South. As consequence, the local southern economies never stopped being made dependent and subservient to European and U.S. economies while structurally ravaged to maintain the flow of natural resources and open access to the Global South markets often at the expense of local production. The economic hit man role was to setup the Global South as a service, raw material and cheap labor feeder to the Global North and continue to expand indebtedness of these countries and use it as an instrument to take over their political decision making capacity. Thus, the idea of development or projects in the Global South with the participation or involvement of the Global North is oxymoronic and constitute a contradiction in all aspects of economic planning. The tools of the economic hit man are the new modes of financial planning, projections, debt financing and debt default swaps, currency and interest rates manipulations and a host of other computerized and mathematically designed instruments that overnight can sink economies. If the economic hit man tools fail then the jackals are sent with support from local military personnel and selected elites who are more than happy and ready to take over the franchise and enrich themselves on the back of their own population.

The urgent task is challenging

Getting out of this trap is the path toward real independence and indigenous modes of development that can uplift society. At the core, a strategic decision must be made on the foundation, future horizon and the quality of life that is desired for society. Is the country and society set as a mere sweatshop, raw material source and captive market for the Global North economies where the population consumes that which they don't produce? If not, then society, economy and polity must be structured to cultivate and focus the energies of all concerned toward a different set of priorities and institutions that can support their accomplishment. In addition, Global South economies must find ways to cluster their competitive advantages, transform them into a market strength and link them regionally before engaging the Global North economies.

Regional trade and cooperation builds and strengthens the Global South economies, which will not be the case if the focus remains on raw materials and cheap labor sources for the European and U.S. manufacturing base. Lastly, Global South economies must find ways to insulate and protect their emerging economies from the pernicious financial instruments and tools that are designed to attack any emerging strength or changes in local and regional economic orientation. The road to real and sustained independence is heavily contingent on sound economic models that are not subservient to Global North economies or rooted in international debt financing.