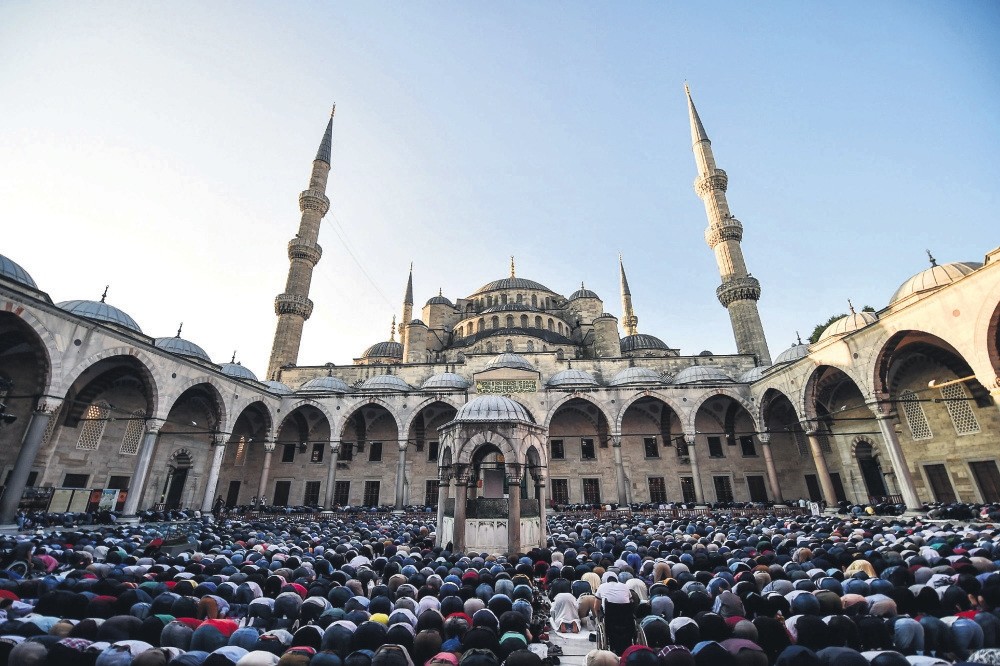 Law in contemporary Arab states is an amalgamation of statutes, codes and regulations put in place over the past 100-150 years in the process of forming the modern nation-state project. Often, "Islam," or "Sharia" to be more precise, is the primary source cited in the first few articles in almost every constitution or legal code across the region but do not allow this neon bumper sticker inclusion to blind you to the structural foundation of each state, a secular modern nation-state functioning under an Islamic facade. Forging the modern nation-state took place under the watchful eye, or more accurately the direct guidance, of European powers in the past and the U.S. hegemonic domination at present. What parts of modern Arab nation-states are Islamic? If such a question is ascertained, the answer should be "not many."

Law is born out of social conditions and in Arab nation-states, this meant that legal codes and constitutions were forged under social, economic, political and religious colonial conditions. One cannot approach the legal codes without examining the process that brought them into existence in the first place and the interests they were set to serve. The legal codes in the modern Arab nation-states consisted of a mixture of direct translations from French, German, British, Swiss and increasingly U.S. statutes that are totally disconnected from the direct and contemporary social conditions present in each of the respective Arab states; consequently, this basic fact calls for us to dig deeper into the rationale behind this wholesale adoption.

The reason behind the adoption has been the basic thesis that has distorted Islam itself and posited the lack of capacity for it to guide a modern nation-state. In the 19th century, Europe was the offered model to construct this modern nation-state. This was a very convenient tool to accelerate the domination of the region by the same European powers that were offering to help the regional dash toward nation-statehood and modernity. If the European style nation-state modernity is the quest, then Islam's legal principles and epistemology were the impediment that had to be removed, be it in the political or economic realms.

The modern Arab nation-states adopted a European state formation project that necessitated an antagonistic relationship to Islam as the legal foundation and the epistemic that informs the society. In the same way European "development" needed a break-away from the church and its antagonistic relationship with it, the modern Arab nation-states must re-enact Europe's history to emerge from a facetiously constructed Muslim world dark age. To be sure, the notion of a dark age has meaning only in relation to Europe and the specificity of the historical experience with the church as the ruling power during this period. Re-enacting Europe's history in relation to the Dark Ages, a foundational epistemic guide to modern Arab nation-states, and in a setting and a society that did not have or experience the same relations with Islam, is an intellectual fraud and a criminal enterprise committed against the region and its people.

More importantly, law in modern Arab nation-states was formed to serve and protect a mixture of European and locally nurtured elites and was set against the interest and well-being of the overwhelming majority of the population. Thus, the law and order in the normal sense, which is supposed to mean protecting the safety and well-being of the society, was a missing link at the inception of each state project. The elites, who were handpicked and nurtured into seats of power, struck a handsome deal for their narrow interests with various European powers and the U.S. at the expense of their own societies.

In these modern Arab nation-states, religion or Islam is reduced to function as a source of ceremonial garb to convey an otherwise absent authority and legitimacy but, at the same time, it is missing any real epistemic meaning. The Arab state with all its functions is a distorted secular tribal enterprise set to benefit only a small elite, mostly a family or a tribe that is draining the living life out of every normal member of the broader society. In such a modern Arab nation-state, Islam is used as a governing tool, a weapon perched to control and regulate the society, and a material device emptied of ethics and meaning, the purpose of which is dressing up an otherwise metaphorical moral nakedness.

The daily news about the number of death penalty judgments handed down makes a mockery of the law and anyone that actually hands down these rulings from buildings that insult human intelligence by being called courts. When death becomes the only tool of governance, the law in these states becomes the instrument of disorder. The law, in its imitative and disconnected form, is the source of disorder since the governed have no voice or role in the codes that govern them in the first place. The idea of accountability under the law is contingent on freely accepting the legal code under which one is to be governed or judged in a court of law.

Islam is a way of life that encompasses everything in the daily life of a human being, and law is informed and grounded by it. One accepts Islam's legal rules and regulations because of the deeply held view that it is a moral and ethical code that strives to actualize justice in the world. The law, in an Islamic conceptualization, is a tool to achieve peace, justice and balance in society. Islam's legal standard is "innocent until proven guilty" and that no one is above the law – ruler or ruled, rich or poor, belonging to a tribe or a passerby, like the many foreign workers toiling daily and those seeking refuge because of the many calamities that the elites have foisted on their region. The crisis faced by the modern Arab nation-states is not the absence of law and order but rather that the law itself is the one stoking disorder because it is not fair or designed to address the broader basic needs of the society.