On privilege, sexual violence and the US' school/college culture 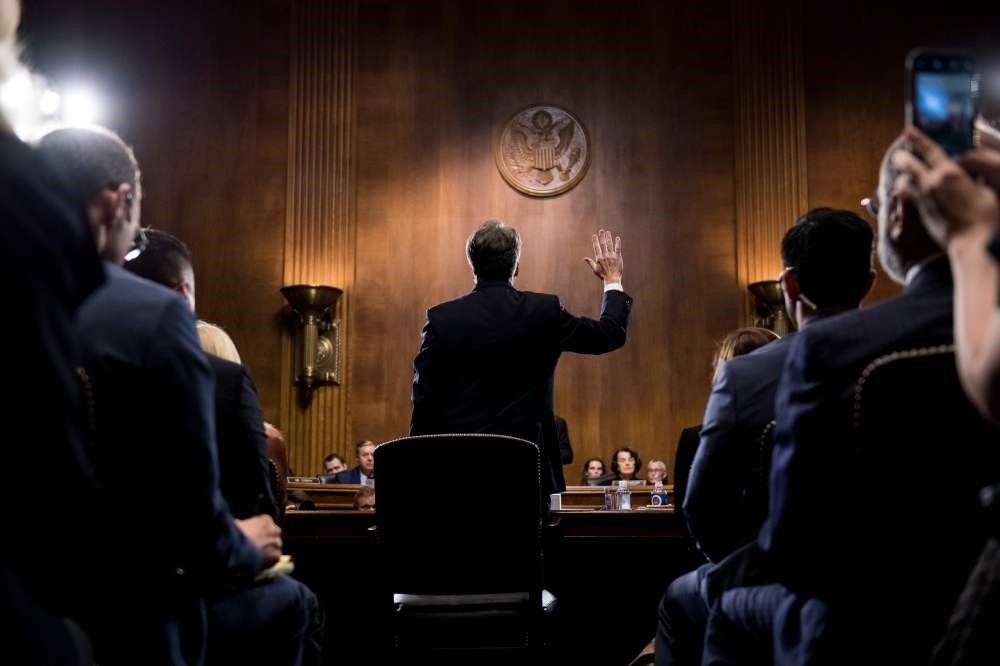 The Kavanaugh case is a reminder of how dangerous and threatening the ethical institutions in the U.S. have become

In the testimony, Ford accused judge Kavanaugh of sexually assaulting her at a party while in high school around 1982. The described assault took place when Brett was 17 years old and a senior at Georgetown Prep, a private high school that serves the extremely privileged that can afford a $56,556 annual tuition price tag.

Originally, Georgetown Prep was set up to provide a Catholic-focused education that can serve as a pipeline for the priesthood and civic leadership situated within the confines of Georgetown University back in 1789 but moved to its current 93-acre site in 1919. It is the only Jesuit boarding school in the U.S. and one of the top private preparatory schools in the country – ranked as the fourth most expensive boarding school in the United States. The episode is as much about Kavanaugh as concerning the failure of institutions that witnessed, harbored and protected this type of behavior for years. What went wrong and how has it become the cultural norm for a sizeable segment of the society?

Ford's testimony has opened a window into the daily life and conquests of the privileged few in American society. This testimony is not about sexual activity or drinking per say, which occurs daily; rather the crisis of power, privilege and the ability to bypass the established ethical and moral limits in the society.

In high school and college, students are acting out culturally imbibed norms that objectify and distort men-women relations to such an extent that people begin to confuse sexual assault and rape with "partying and having fun." Students think that cool, fun and outgoing have been transfigured into an identity marker revolving around conquests of women within and outside the group where sexual violence, assault and often rape is part of the tools of the trade.

As early as 1990, the Washington Post brought to light a letter written by "the headmasters at seven of the Washington area's most prestigious private schools" and warned then of "unsupervised parties" where "excessive drinking and sexual license are common."

The letter further said, "It would be hard to devise a better recipe for disaster than a social scene that includes the anonymity provided by an 'open party,' no adult supervision, considerable amounts of alcohol, and teenage hormones which encourage the sexual or violent behavior."

From Ford's testimony, we have come to know that the warning by seven headmasters was grounded in real incidents of excessive drinking and sexual assaults but don't expect any criminal charges or consequences for such behavior.

The privileged and well-connected sons of Washington elite will not be held responsible for such excessive and often violent behavior. This type of privilege at boarding schools was a needed period to acquire a liberal arts type of education, sophistication, and refinement that can prepare the students for future leadership roles.

However, over the past few decades, the type of privilege in these elite schools descended into a pernicious type of racial exclusivity, outright entitlement and a proclivity of sexual violence toward women. I do think that we can make a link between the behaviors witnessed in these prep schools and elite colleges and the type of behaviors witnessed in current leadership nationally and the various episode of sexual violence and rape committed to abroad in the most recent past, including the conduct in South America of the President's secret service personnel.

The overwhelming majority of students in these prep schools are sons and daughters of America's rich and powerful elite. Prep school lessons in privilege and entitlement do not come out of a vacuum instead they represent the expected norm in elite circles. How best to train the next batch of total insolent and brash corporate, government and religious leaders that are in it only for themselves and take no prisoner Darwinian mindset. If survival of the fittest is the moto operable among these psychopaths in all affairs of society then conquering women through sexual violence is the natural order of things.

Here, sexual violence is not about sex, pleasure or enjoyment but a pure entitled male expression of power and a sense of conquest, in the same way, a corporate deal that ends-up driving a competitor out of business. The moral argument is no longer operable in society today considering the total collapse of the institutions that we entrust with upholding the moral and ethical standards and more so in these prep schools and private colleges that society founded on its basis.

Critically, the bigger question to ask is on the relationship between sexual violence and certain aspects of America's school/college culture. For Brett Kavanaugh and his beer-drinking buddies in high school and college, the behavior is an expected rite of passage or at least how it is packaged or promoted for many. The second accuser spoke of the sexual violence and possible rape taking place during a party that was attended by Kavanaugh.

A statement by Julie Swetnick, a Washington, D.C. resident represented by lawyer Michael Avenatti, alleges that Kavanaugh, Judge, and others used drugs and alcohol on women to cause them to "lose their inhibitions" so they could be "gang-raped" during parties and that she was a victim of one of these "train" rapes. Incident of rape in high school and college are at an all-time high and are directly promote distorted cultural norms.

On the college level, the fraternity and sorority infrastructure present a complicated area to regulate and govern by the university. Private groups run the fraternities and sororities that function within the campus culture and control some 3-4 billion dollar of real estate holdings around campuses which often act as a significant draw for student housing and certain un-controlled parties. Furthermore, fraternity and sorority alumni are four times as likely to donate to the university after graduation which provides a financial incentive for universities to look the other way or to downplay the problem altogether.

Greek life on U.S. campuses "is both prevalent and is often comprised of homogenous students; they are generally more affluent and are more likely to be white." The Greek seen makes it possible to combine "power and privilege on campus and being part of an elite social class because they are from more affluent families, have higher socioeconomic status and have larger social networks."

Moreover, the heavy emphasis on party culture and popularity in the form of social hierarchy is the highest form of privilege on campus. The attitude of Brett Kavanaugh in the hearing represent this mixture of privilege, entitlement, and power emerging out of lived experiences within a high school and college system that normalized excessive drinking, drugs and partying which regularly produces sexual assault against women.

We cannot prevent the epidemic with merely reminding society of the ethics and morality involved or asking them to do the right thing but requires deliberate and measured steps focused on culture, politics, economy, and religion. The meaning of success in social, political and economic terms must be challenged, forging mature man/womanhood in a post-extended family period need examination, developing significant relationships without alcohol or drugs being at the center and embracing leadership indicators and qualities that are not rooted in a Darwinian epistemic. Lastly, we must confront the collapsed role of religious institutions and leadership that has become a handmaiden to power and adopted a prosperity theology that differs little from the broader political, economic and cultural norms present across the country.