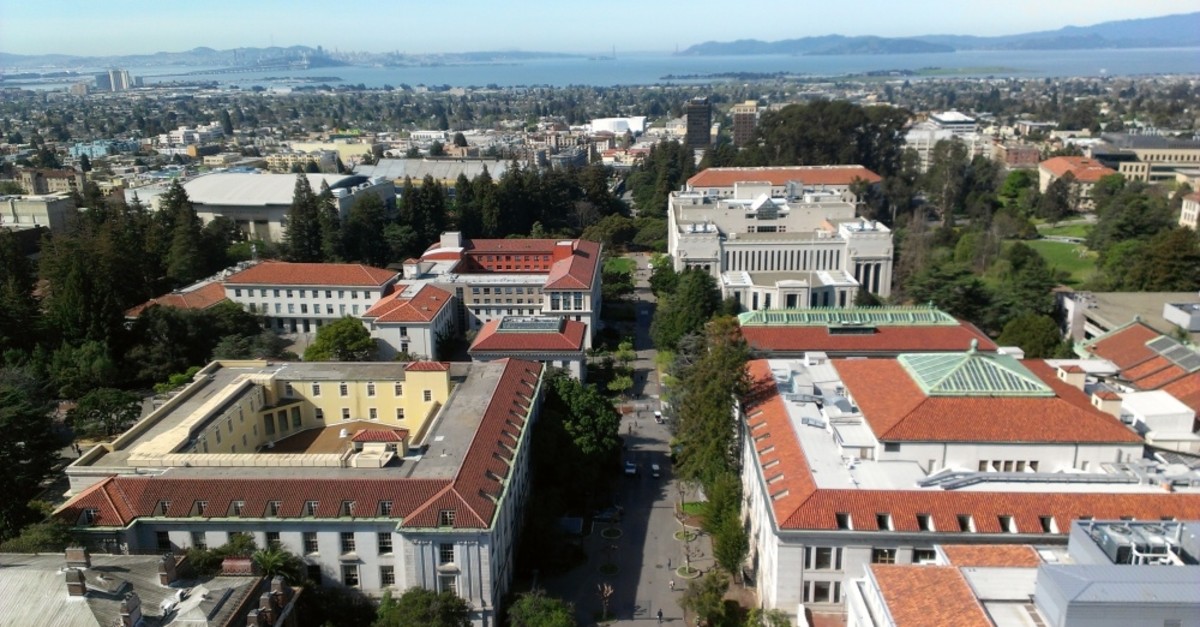 The university and city of Berkeley leadership want to play the 'peace process' mediator on campus and the city rather than coming to the defense of academic freedom, freedom of speech and defending the safety and well-being of Palestinian, Arab and Muslim faculty, students and community members

"Private Mossad for Hire" was the Feb. 18 headline of a New Yorker article, which detailed the operations of a private company set-up by "ex-agents" of the Israeli Mossad and operated freely in the United States. The article was written by Adam Entous and Ronan Farrow who received documents that pointed to the existence of the" Psy-Group, an Israeli private intelligence company" with the marketing slogan "Shape Reality." According to the authors, the Psy-Group "techniques included the use of elaborate false identities to manipulate its targets," and represents "a new wave of private intelligence firms that recruited from the ranks of Israel's secret services – self-described "Private Mossad."

The Mossad "private spying operation" has taken advantage of the "technological innovations and lax governmental oversight" and deploy its resources to "covertly spreading messages to influence what people believed and how they behaved." Uzi Shaya, a former senior Israeli intelligence officer, was quoted as saying: "Social media allows you to reach virtually anyone and to play with their minds… You can do whatever you want. You can be whoever you want. It's a place where wars are fought, elections are won and terror is promoted. There are no regulations. It is a no man's land." A second article by Adam Entous published in The New Yorker on Feb. 28, how a Private Israeli Intelligence Firm spied on Pro-Palestinian Activists in the U.S., uncovered a sophisticated spying operation that targeted me directly and students at UC Berkeley.

'Stay focused on the target'

The Psy-Group targets included many faculty members and students across the country (around 10 campuses and 15-20 individuals), three campuses in the initial test run and $2.5 million in the budget for the overall operation. This was a foreign intelligence operation that was run through a private company outfit to bypass U.S. laws and restrictions, but the uncovered evidence indicates close coordination with sections of the Israeli government, which raised the FBI concerns, according to Entous.

The documents provide a clear indication that the Psy-Group targeted all aspects of my social media and internet profiles as well as pursuing any criminal records. After I read the documents, I believe that the Psy-Group did break into my Twitter account and post despicable anti-Semitic messages to shift the discussion around away from my work on Boycott, Divestment and Sanctions (BDS) and Palestine activism.

Deconstructing Islamophobia as a terrorist action

Moreover, I believe that my UC Berkeley courses on Islam in America and Deconstructing Islamophobia were subject to this intelligence gathering operation. The annual Islamophobia conference at UC Berkeley was subject to intense surveillance which sought to record and intimidate participants and those attending as audience member. The harassment and surveillance included the blanketing of the campus with posters referring and labeling me as a terrorist as well as putting flyers on all the cars on my street and in a downtown Berkeley parking lot that is a block away from city hall.

The university and the city of Berkeley leadership provided the space and the hospitable environment for all of this targeting to become normal and acceptable since it includes all these activities as falling under the Palestine-Israel conflict. Rather than condemning this foreign intelligence intervention into campus and city life, they issue statements that speak of a need for civility without ever mentioning who is doing all of this targeted harassment and spying and who is the target. One comes to consider the spying and campus organizing to be on the same level and what we are dealing with is the hostilities from the "Middle East" coming to campus. The university and city of Berkeley leadership want to play the "peace process" mediator on campus and the city rather than coming to the defense of academic freedom, freedom of speech and defending the safety and well-being of Palestinian, Arab and Muslim faculty, students and community members.

Whose university? Whose city?

The statements of the university leadership, be it at Berkeley or any other campus, on Islamophobia and racism, in general is hollow since they are not met with any real inclusion on a structural level and always are measured or balanced with Israel's needs, concerns and security (even on campus). Discussions of 55 Muslim majority states and 22 Arab states are to be adjusted on campus and the city of Berkeley with the needs, concerns and programming related to Israel and its supporters. I maintain that the campus administration, more often than not, acts as a desk in the U.S. State Department that is overlooking the "peace process" and all of us have to be structurally silenced to bring success to this never-ending insult to human intelligence, the peace process.

At UC Berkeley and in the University of California system, the university adopted a student group and a project, the Olive Tree Initiative (http://www.olivetreeinitiative.org/) after the UC Irvine 11 case and used it to frame a counter-narrative and strategy directed at isolating and neutralizing the work of Students for Justice in Palestine (SJP) and the BDS movement. This means that the university, as an institution, was actively working as a front for the interest of a foreign government and targeting faculty and students who are exercising their academic and constitutional rights to speak and organized against what they consider it to be an injustice. You can also see the case of professor Rabab Abdulhadi at San Francisco State University (SFSU) and how the university leadership coordinated its actions with the local Anti-Defamation league (ADL),Jewish Community Relations Council (JCRC), and the Israeli Consulate to disrupt her academic program and cancel two potential faculty to be hired to assist in building the Arab and Muslim Ethnicities and Diaspora Studies (AMED) in Ethnic Studies.

Pro-Israelism on an international basis

Let me say, I am not new on confronting these types of ugly campaigns and have enough for one or two books. For those who are new on this front, let me give some context to it. During the South African Anti-Apartheid Movement, I was involved in the campus boycott strategy and led the efforts against Coca-Cola, the soft drink company, which was in South Africa at the time and had some South African activists co-organizing in SFSU. The local ADL spied on the local and national committees of the South African Anti-Apartheid movement and collected the names and data on my friends and passed this information to the South African intelligence services. The same was done with the Irish activists that were living in San Francisco at the time, and the ADL collected intelligence on them and passed it to the British intelligence service.

The second case revolves around the Central American Solidarity Movement, which was very strong in the SF Bay Area and on both the SFSU and UC Berkeley campuses. I was involved in all the work on this front as well, and the ADL and the campus Hillel group hosted the leadership of Arena Party, the right-wing party that was funded by the CIA and engaged in all type of violence against civilians. More critically, as Congress prohibited funding for the death squads, the vice president at the time George H.W. Bush sought financing from Saudi Arabia, which provided it and then the Israeli Mossad was recruited to provide the training. I have the research on this as well, and my close colleagues from El Salvador at SFSU had the files on Saudi and Israeli involvement in Latin America.

In both the above cases, the university president at SFSU, the UC Berkeley chancellor and others did not see any problem with going on fully paid trips to Israel and speak of shared values, which is the same type of language they use today in relations to BDS. When UC Chancellors put out a statement in opposition to BDS and commit themselves to counter it, then they effectively provided the civil society cover for the "private" Mossad, Canary Mission, Campus Watch, Stand With US, Pamela Geller and others to engage in this systematic targeting and demonization.

Consider for a moment that when I reported a death threat to the university, the police came to the office to take a report then went on to hand me a pamphlet on how to handle stress but no investigation or follow-up whatsoever. The first New Yorker story came out around Feb. 18 then the second one came out on Feb. 28 and up to this day no one from the university administration or top leadership had even bothered to send an email, call on the phone or send someone to find out if anything is needed or to express some shock on what happened. None. Zero.

If my previous experience with the university leadership holds then I would expect that they have already talked with the ADL and Israeli Consulate regarding this and how to coordinate their PR response to these revelations about a spy ring operating in the middle of the campus and the city. I say this based on how the university during the student council vote on the BDS bill had worked to coordinate its response and share strategies with the SF Israeli Consulate. Here, the chancellor and administration coordinated with the representatives of a foreign government against their students: This must stop, and a change is needed not only on how to prevent spying and intimidation activities but more importantly to have an open and honest discussion on Palestine that centers on the Palestinians.