Trump's racism and the 2020 elections 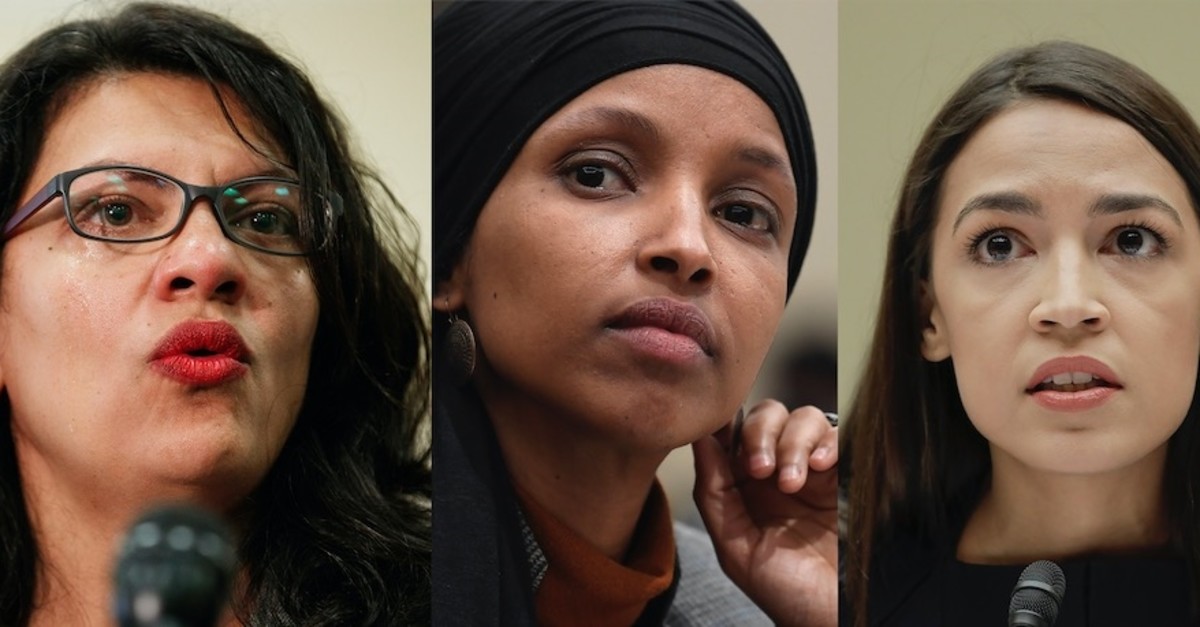 "Send her back" is the new racist chant introduced by Trump's supporters in the aftermath of his recent bigoted Twitter attack on four congresswomen, Rep. Ilhan Omar of Minnesota, Rep. Rashida Tlaib of Michigan, Rep. Ayanna Pressley of Massachusetts and Rep. Alexandria Ocasio-Cortez of New York. The chant took place during a 90-minute campaign rally in North Carolina, which witnessed Trump doubling down on his earlier attacks and stoking the crowd into a despicable racist frenzy.

In his earlier tweets, Trump pointed out that the governments of the countries of origin of the four representative women of color are "a complete and total catastrophe, the worst and most corrupt" then followed it with a call for the four democratic women representatives to "go back and help fix the totally broken and crime-infested places from which they came [from]."

Trump's attacks hit a new low for a president that has broken all existing political, social, racial and cultural taboos, not to mention his persistent sexism and misogyny. Here, Trump's racist assault raises several critical questions as to the nature of the attacks, the factors at play and how to understand the focus on the four democratic congresswomen of color.

Trump's racist attack is one of the crudest expressions of nativist and xenophobic tendencies that the country has seen in almost 50 years. One has to go back to the early 1960s and possibly earlier to find similar attitudes put forth by elected officials. The same rhetoric was deployed during the lead up to the Chinese Exclusionary Act of 1882, which targeted Chinese immigrants and other minorities.

During the 1960s Civil Rights Movement, the majority of white Americans were opposed to integration and the granting of equal rights to African Americans with "go back to Africa" often deployed on signs and in public discourses. Trump's "go back" home is a theme that has deep roots in America's racial discourse and the contestation of citizenship rights even for the four elected women.

Critically, a look back at the 2016 presidential campaign is essential to read what Trump is doing today. Research on the 2016 presidential election points out that "racial attitudes" and anti-Muslim sentiment played "a larger role in opinions" and driving white voters to support Trump. "Racial attitudes were highly determinative" was Philip Klinker's, a Hamilton College political scientist, conclusion, which was supported by data analysis: "Moving from the least to the most resentful view of African Americans increases support for Trump by 44 points, those who think Obama is a Muslim [54 percent of all Republicans] are 24 points more favorable to Trump, and those who think the word 'violent' describes Muslims extremely well are about 13 points more pro-Trump than those who think it doesn't describe them well at all."

'Whiter' than ever before

Research on white electorate attitudes and Republicans in particular was the subject of Vanderbilt political scientists, Marc Hetherington and Drew Engelhardt. It showed how much more racially conservative Republicans have become in recent years that "it is not surprising that a candidate [Trump] who is well known for questioning President Obama's citizenship… and said that black youths have 'never done more poorly' because 'there's no spirit' would be attractive to a party that these days is dripping with racial resentment."

Trump's Republican Party is whiter than ever before, older and more conservative on immigration, race, women's rights, gun control and has adopted Islamophobia as the electoral wedge issue to rally the base around. Fanning the flames of fear and stoking racial anxiety among white voters is a tested and well-developed strategy for Republican politicians and selecting a minority target group is the needed ingredient. Is Trump racist? The answer is yes, but his attacks on the congresswomen are a calculated move to rally white voters anew to his side. Trump's electoral strategy has several pieces to it.

Trump's singling out the four progressive Democrat representatives is a calculated electoral strategy intended to widen the existing fissure between the left and center-left of the Democratic Party. Targeting the four representatives, in Trump's mind, will help push the Democratic Party into defending the four women of color against his racist attacks. It will project them as the public faces of the party.

Since the 2018 midterm elections, the Democratic Party has been split between the newly elected and far diverse freshmen/freshwomen class, which heavily leans left and the old leadership which is centrist with some even right of center. Pushing the Democrats into the left, according to Trump's strategy, will make it possible for his 2020 electoral campaign to peel away a portion of the centrist white Democrats from the party and get them to vote Republican.

Whites' share of the electorate is 73.3%, and the turn-out was 55.2% in the 2018 midterm elections. In the 2016 presidential elections, whites accounted for 73.6% of the electorate and 64.7% of the turn-out at the ballot box. Trump's electoral strategy is structured around driving as many white voters as possible to the Republicans and critically in swing states that weigh heavily in the Electoral College.

Indeed, the Republicans and Trump are fine in losing the popular vote as long as they can secure the Electoral College by peeling away white Democratic voters in swing states, and racism and Islamophobia are the tried and well-tested tools to achieve it.

Trump is also using the U.S.' unquestionable support for Israel as a second weapon for attacking Rep. Ilhan Omar and Rep. Rashida Tlaib due to their support for the Boycott, Divestment and Sanctions (BDS) movement and advocating for Palestinian human rights. Far from being principled, Trump is making a strategic electoral move by securing top pro-Israel donors as well as Christian evangelical support.

While American Jewish voters tend to vote Democratic, with 71% casting ballots for Hillary Clinton in the 2016 elections, Trump's strategy calls for exploiting the critical shifts underway in the Democratic Party that are beginning to sour on the unquestionable support for Israel. The fact that both Ilhan and Rashida have embraced the BDS movement and a sizable segment of the Democratic Party's rank and files are no longer committed to supporting Israel, it doesn't matter what opening Trump's campaign is exploiting.

Trump is counting on big pro-Israel donors to clear his path as well as possibly securing the votes of older Jewish Americans in the 2020 elections. The more Trump is able to fan the flames against the four women of color representatives on the Palestine, Israel and BDS front, the more the likelihood of peeling away older Jewish American voters in key battle states from the Democratic Party and possibly gaining the support or at least inspire the silence of major Jewish organizations for his racism and open embrace of white supremacy.

Trump's attacks are part of a strategy and are most likely carried out with polling and focus groups testing language and issues for the 2020 presidential election. The only path forward for Trump's re-election bid passes through intensifying racism and Islamophobia, which guarantees the white voter flight into the lap of the Republican Party.

Responding to Trump's strategy is an uphill battle for the Democratic Party considering the internal split and the unresolved nasty political fight that handed the nomination to Clinton in the 2016 elections. The Democrats must go back to their historical identity as the party of the working class and fighting for the regular person rather than the past 30-year attempt of being a softer copy of the Republicans. In order to win in 2020, the Democrats should embrace the diversity that came into office in 2018 while building a consensus for a new and bold social contract that can address and provide a vision for all Americans.