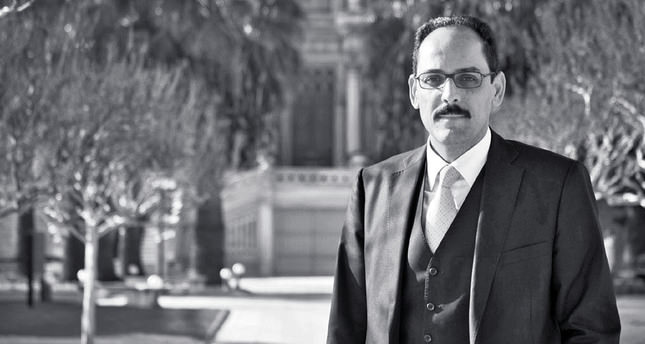 The legacy of imperialist interventions, failed states, poverty, illiteracy and the sence of dispossession and alienation has created deep wounds in the region. While Sunni and Shiite extremists fight for domination, the real objective should be justice, equality and dignity

The new proxy wars in the Middle East are using sectarian identities as a smoke screen for narrow political agendas. Extremists are manipulating past grievances to start modern wars. What is reassuring is the fact that the vast majority of Sunni and Shiite Muslims do not consider themselves to be soldiers of a sectarian war.

Ahl us-Sunna and Ahl al-Bayt are two branches of Islam that originate from the same source. The followers of Sunni and Shia Islam worship the same God and believe in the same prophet. They turn to the same qibla to pray. They believe in the same principles of testimony (shahadah), prayer (salah), fasting (sawm), almsgiving (zakah) and pilgrimage (hajj). They uphold the same moral principles of justice, mercy, trust, steadfastness, forgiveness and unselfishness.

Their methodological and hermeneutic differences have only enriched and deepened the Islamic intellectual tradition. The Jafari school of jurisprudence established by the sixth Shia Imam Ja'far al-Sadiq (d. 765) has been a source of law for both the Hanafi and Shafi'ee schools. Muslim philosophers including al-Kindi, al-Farabi, Ibn Sina, Ibn Rushd, Nasir al-Din al-Tusi and Mulla Sadra have conversed about philosophical issues without any regard to sectarian issues. In the 19th century, Sunnis and Shiites fought together against imperialism and colonialism. Jamal al-Din Afghani promoted the unity of Muslims beyond ethnic and sectarian allegiances.

This is not to deny the fact that Muslims have had their share of sectarianism before the modern period. But the recent revival of sectarianism poses a different set of challenges. The problem is neither simply theological nor social. It is taking on a deftly ideological and geopolitical dimension. Sectarianism among Sunnis and Shiites is increasingly becoming part of the new proxy wars in the Middle East and lending itself to manipulation and provocation on a global scale.

The legacy of imperialist interventions, failed states, poverty, illiteracy and the sense of dispossession and alienation has created deep wounds in the social and political landscape of the Middle East. A divisive political identity has become a powerful ideological tool.

In the name of religion, nationalism or anti-imperialism, political opportunists and extremists have used the longstanding grievances of ordinary people to advance their political goals. In the final analysis, this should be a political struggle for justice, equality and dignity. But the Sunni and Shiite extremists are fighting for a plainly secular goal: political domination. Whether in Iraq, Yemen or Pakistan, they are using religious arguments for a worldly prize. Those who fight and kill in the name of Sunni or Shiite Islam are violating the basic principles of their religion.

Not all communal conflicts are caused by religion or sectarian allegiance. Neo-sectarianism is mostly political and driven by a mixture of what Ibn Khaldun called "asabiyyah," "group solidarity," identity politics and power struggles. When misused, asabiyyah can lead to division and conflict rather than unity and creativity as Ibn Khaldun hoped the Muslim communities of his time would do.

Group identities, whether religious, ethnic or secular, are intertwined with a wide range of social, economic and political factors. Recognizing this complexity is vital for managing and overcoming sectarian tensions. Pitting Sunni 'asabiyyah against Shiite 'asabiyyah is wrong and dangerous. It makes neither Sunnis nor Shiites more prosperous or safer.

In the modern period, a number of attempts have been made to formally bring Sunnis and Shiites together. In 1959, Mahmud Shaltut, the Shaykh of al-Azhar University, issued a fatwa authorizing the teaching of Shia jurisprudence as part of al-Azhar's curriculum. Ayatollah Burujardi, one of the most influential Shiite scholars of his time, reciprocated by doing the same for Sunni jurisprudence. Shaltut and Burujardi went beyond academic teaching and laid the groundwork for a serious dialogue between Sunnis and Shiites.

Ayatollah Khomeini, the leader of the Islamic revolution of Iran, supported Sunni-Shiite reconciliation efforts and did not consider the Iran-Iraq war in the 1980s a sectarian conflict. In February 2007, Ayatollah Akbar Hashemi Rafsanjani, the former president of Iran, and Yusuf al-Qaradawi, the influential Sunni scholar, appeared on al-Jazeera to call for an end to hostilities and fighting between Sunnis and Shiites. On March 3, 2007, King Abdullah of Saudi Arabia and Mahmoud Ahmadinejad, the President of Iran, pledged to work for the unity of all Muslims in Iraq, the Gulf and the larger Muslim world. Unfortunately, these efforts have not continued. In 2010, Prime Minister Recep Tayyip Erdogan visited the holy sites in the city of Najaf where he met Ayatollah Sistani and delivered a strong message of unity between Sunnis and Shiites.

Given growing sectarian tensions in Iraq, Bahrain, Lebanon, Pakistan and other places, more should be done to support Sunni-Shiite reconciliation. Political and religious leaders must stand united against sectarian extremism. Sunnis and Shiites should fight not against each other but against the common enemies of inequality, poverty, corruption, extremism and illiteracy. It is the religious and moral responsibility of all Sunnis and Shiites to uphold the principles of peace, unity and mercy as prescribed by the Quran and the Sunnah.