The Yemen crisis: An opportunity for regional peace? 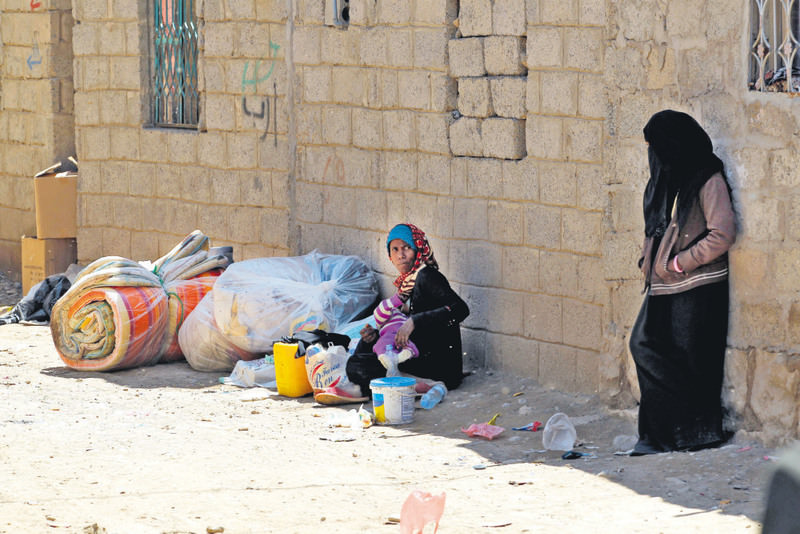 The Yemen crisis, once overcome, may provide an opportunity for Saudi Arabia and Gulf countries to engage Iran with a view toward regional peace and security

The Saudi-led operation in Yemen could be the first sign of the new Saudi foreign policy under King Salman. For a long time now, Saudi leaders have expressed concern over Iran's growing influence in Shiite-populated Arab countries including Iraq, Yemen and Bahrain. Iran's political engagement in Syria and Lebanon is already well-known. Iranian officials have not concealed their desire to make a point of Iran's claim to regional dominance. Iranian military officials have been reported to say that Iran now controls four Arab capitals, i.e., Damascus, Beirut, Baghdad and Sanaa. Mr. Ali Younesi, an advisor to Iranian President Hassan Rouhani, claimed: "Iran and Iraq cannot be separated," and made the bold assertion that "all of the Middle East is Iranian." This triumphalism does not do any good for regional peace and trust. Furthermore, Iran seems to have overstretched itself in Yemen.

There is a lot of blame to go around for the current crisis in Yemen. Ali Abdullah Saleh, the former president who was ousted from office after 33 years in power through a joint Arab initiative in 2011, never gave up on political machinations. He and his son Ahmed Saleh use all means of political opportunism to cling to power. As many experts point out, the Houthi rebel advances in Sanaa and Aden would not have been possible without the backing of the Saleh family and the Yemeni forces loyal to them.

The Islamist Yemeni Congregation for Reform party (al-Islah), a major political actor in Yemeni politics since the 1990s, played a constructive role in the national unity process and supported President Abd Rabbuh Mansur Hadi. The hostile attitude of Saudi Arabia and the United Arab Emirates to all Islamist parties, however, pushed al- Islah, which is affiliated with the Muslim Brotherhood, to the side. The Houthis, supported by Iran, took advantage of the political vacuum. What is ironic is that the Houthis backed by Iran and Saleh backed by Saudi Arabia in the past have become strange bedfellows in a ruthless power struggle.

A Houthi-led government is an unlikely scenario in Yemen. It will not be sustainable and the most Yemenis as well as the Gulf countries will not accept it. But it is important to note that the Houthi opposition did not start out as a sectarian Shiite/Zaydi uprising against a Sunni capital. The failure of the weak central government to respond to the political and economic grievances of the Houthis was the main trigger for a series of demonstrations. But it quickly led to violent clashes. At this point, the Houthis as well as Iran seem to have overplayed their hand. Most Gulf countries suspect Iran of providing weapons, training, intelligence and money to Houthi rebels.

If Yemen is a case of the growing regional battle between Iran and Saudi Arabia, it is also a troubling example of how a weak state can lead to political turmoil and social chaos. Yemen is one of the poorest countries in the Arab world and comes close to being a failed state in many respects. The strong tribal structures, conflicting loyalties, political vulnerability, poverty and unemployment and corrupt political institutions invite all sorts of problems. Overcoming the Yemen crisis requires addressing these fundamental problems as well.

A sustainable solution in Yemen depends on three things. The first is to end the current hostilities and bring all parties back to national unity negotiations - a process that had started a few years ago but did not bring peace or stability. The process needs to be revitalized with a fresh perspective to address the concerns of all Yemenis. This means the withdrawal of Houthis form their positions, the restoration of the office of the elected president, Hadi, and addressing the legitimate political and economic demands of Houthis and others.

The second is to strengthen the state structure in Yemen whereby tribes, political parties or proxy groups cannot be allowed to derail the political process. Successive aid programs have not helped alleviate poverty and unemployment or improve the Yemeni economy for the same reasons that foreign aid has failed in other parts of the world. Coupled with a major political crisis and failing economy, the Yemeni institutions of governance cannot overcome the current crisis.

The third and, certainly the most important, element is to move away from the extremely dangerous situation of a Sunni-Shiite conflict as part of a Saudi-Iranian confrontation in Yemen. Sectarian differences are obvious but should not be manipulated to create Sunni-Shiite wars. There is already enough tension and conflict in Syria, Iraq, Bahrain and elsewhere. All major stakeholders need to take responsibility and play a constructive role.

Turkey declared its support for the Saudi-led operation in Yemen because all other options have been unwisely squandered by the unholy alliance of the Saleh family, the Houthis and Iran. As the Saudis made clear, however, they have no intention of invading Yemen and seek to bring all parties around to the national unity process. The Yemen crisis, once overcome, may provide an opportunity for Saudi Arabia and Gulf countries to engage Iran with a view toward regional peace and security.

In its turn, Iran, an important regional power, has to do its part. At a time when Iran is nearing a historic agreement with the West over its nuclear program, which Turkey supports, it should engage its Arab neighbors in a responsible and constructive way and work to eliminate any sectarian strife in the region. A positive engagement should provide an incentive for Iran to revisit its policies and proxy operations in Syria, Iraq and elsewhere. Otherwise, whether Sunni or Shiite, Iraqi or Yemeni, Saudi or Iranian, everyone will lose.

Presidential spokesperson for the Republic of Turkey
Last Update: Mar 28, 2015 2:17 am
RELATED TOPICS