Yemen: A crisis of regional order 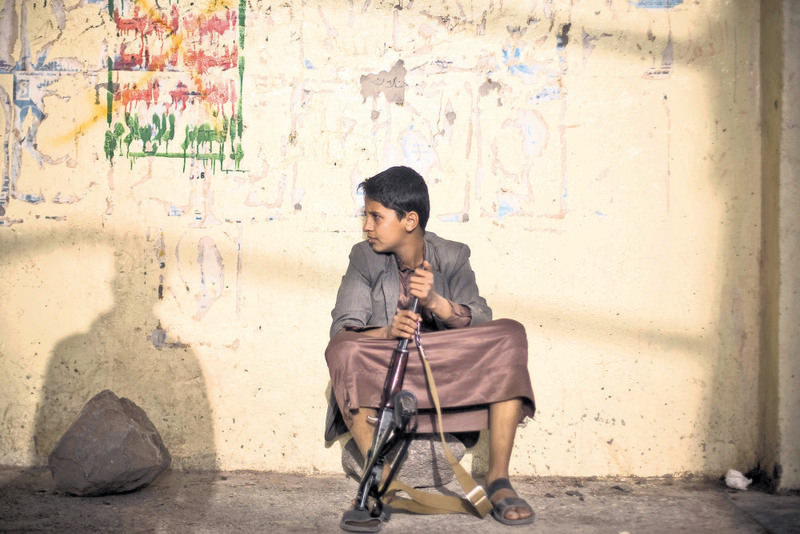 The Yemen crisis is the result of a search for a new power equilibrium in the Middle East. It will not be settled until a fair balance of power is established. The current tension between Saudi Arabia and Iran over Yemen is a symptom of a larger problem that goes beyond Yemen and has the potential to inflame a regionwide sectarian conflict. It is in the interest of both regional powers and global players to help lower tensions before they cause irreparable damage in a region that is already beset by long-standing problems. This requires a close attention to the power equilibrium in the Middle East region. Nations mainly go to war for two reasons. First, they declare war when they feel powerful and confident enough to expand their territory and sphere of influence. Second, they choose war when they see an existential threat coming from outside and decide that war is the only way to expunge the threat. In either case, the goal is to change the balance of power to one's advantage and keep the ambitions of other nations in check.

In theory, the Westphalian world order in which we operate today prevents territorial expansion through war. Since the end of the World War I, the borders of modern nation-states have remained mostly intact though in some cases they have been contested and in some instances changed. Since the end of the World War II, major powers have chosen to expand their spheres of influence by forming regional alliances and supporting proxy groups. During the Cold War, the U.S. and Soviet Republic used a combination of hard and soft power to establish a balance of power that would have been acceptable to them on a global scale. The Cold War power equilibrium, to the extent it functioned, continued until the Americans won and the Soviets acquiesced to the new balance of power led by the Western block. But many issues remain unresolved.

The current tension between Russia and the U.S. over Ukraine is closely tied to the same quest for a balance of power at the global level. Russian President Vladimir Putin moved against what he thought to be an unfair balance of power against Russia when he felt strong and confident enough. Countries such as Ukraine as well as the EU were not prepared for this kind of a confrontation. The fallout from the Ukraine crisis continues because neither side seems decisive enough to introduce a new power equilibrium that would be agreeable to the main players, i.e., Russia, U.S. and Europe. A similar situation has now emerged in Yemen. Iran feels that since the fall of Saddam Hussein, its archenemy at the time, a new space of opportunity has presented itself in Iraq, of which Iran made full use under Maliki. By supporting the two Maliki governments and Shiite groups in Iraq, Iran sought to expand its sphere of influence in one of the key states in the Arab Middle East. Iran's longstanding support for various groups in Lebanon, Syria, Bahrain and Yemen has also given it leverage against its political and economic isolation sustained by Western powers on the one hand and the Sunni Arab states on the other. Iran's strategy involves a two-prong approach: supporting governments that are friendly to Iran, as is the case in Syria and Iraq, and various proxy groups that advance Iran's political agenda on the ground.

Under normal circumstances, the nuclear deal Iran reached with the P5+1 countries should be welcome by all parties including the Gulf States. The deal, when implemented, will allow Iran to have peaceful nuclear energy but also prevent it from developing a nuclear bomb. Better political and economic relations with Iran can benefit the Sunni Arab states as well. But the crisis-prone environment of the Middle East region at the moment makes such a gesture unlikely. In its geo-political posturing, Iran has overplayed its hand and forced the major powers of the Gulf to form a new alliance against it.

Resolving the political crisis in Yemen entails working with all Yemeni parties around the Yemeni national reconciliation process - a process that began after the ousting of Ali Abdullah Saleh as part of the 2012 Gulf Cooperation Council initiative. Even though the process failed on several key fronts, it remains a legitimate platform to begin to resolve the current crisis. But the main problem is the power imbalance that leads Iran and the Gulf countries to take rather aggressive positions on regional issues. The key question is then whether an effective balance of power, acceptable to all parties, can be established.

In principle, it is possible. It entails a restructuring of power relations between and among nation-states and non-state actors in the Middle East and the larger Muslim world. It is in the interest of Iran, the Gulf countries and others to concur on a regional order in which no single actor acts in a way that undermines the optimal balance of power. A core element of this is maintaining territorial integrity and political sovereignty for all states. In this regard, Iran should remain within its natural borders of influence and seek cooperation with its Arab neighbors instead of working with proxy groups to create shady spheres of undue influence. In return, the Gulf States should use their recourses to address the legitimate political and economic concerns of their Shiite citizens and preempt any vulnerability that can be exploited by third parties.

Crises such as the one in Yemen are not impossible to resolve but they should be seen within the larger context of power relations that shape the behavior of various nations. Establishing a fair power equilibrium can prevent many unnecessary conflicts including an all-out sectarian war in the Muslim world.

Presidential spokesperson for the Republic of Turkey
Last Update: Apr 14, 2015 9:41 am
RELATED TOPICS