The realist versus the idealist: A false dilemma 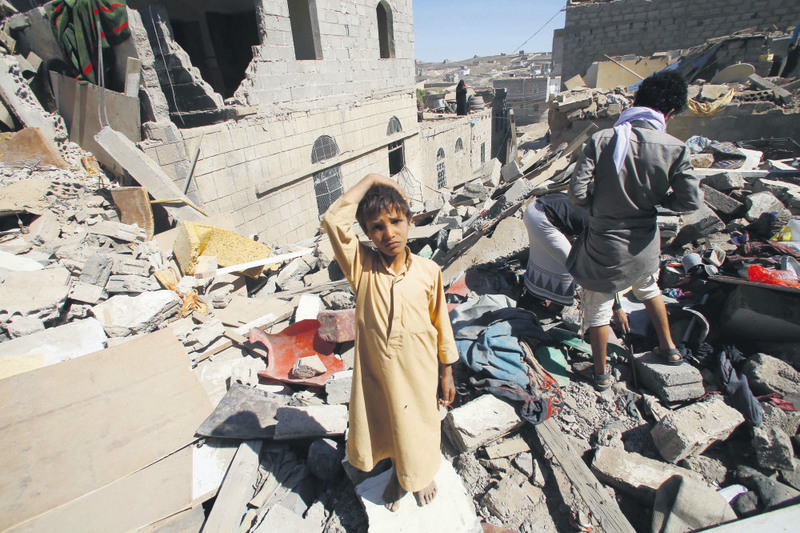 A strategic reassessment of the relationship between the facts and values of the current international order is needed to create spaces of peace and prosperity. As Rumi said centuries ago, what may appear to be total opposites may be needed to create a delicate equilibrium for the benefit of all human beings

One of the perennial problems of international relations is the alleged dilemma between what is called realism and idealism. The two represent alternative perspectives on notions of power and international order. They are usually pitted against each other as two opposite paradigms. But this dilemma, invoked in academic circles as well as the policy-making and media worlds, is based on a number of false premises. Closer examination reveals that facts and values do not necessarily cancel each other out.

The contrast between the two looks like this: On the one hand, you have the hard realities of domestic and global politics whereby every nation-state seeks to secure and maximize its own position. This involves securing one's interest before and above all other considerations. But this cannot be a one-way street. National interest involves peace, security and prosperity but none of these can be achieved without partnership and cooperation with others. If the EU countries are to benefit from greater trade and security relations, say, with the oil-rich Gulf countries, they ought to give something back in return, and vice and versa. Mutuality comes under both facts and values.

On the other hand, you have values and principles, such as justice, equality and freedom. These values ensure peace and security for all actors involved. But they also represent strategic necessities. The question of Palestine, for instance, is not simply about land or population but also about justice, dignity and freedom for all Palestinians. The two-state solution whereby the Palestinians would have their own state leads to peace and security for all sides. The current status-quo which is based on Israel's occupation of Palestinian lands in the name of security and its self-proclaimed claim to the holy lands is not sustainable and will not bring security or prosperity to the region. Statesmanship requires paying close attention to both.

It is not possible to conduct a foreign policy without principles and values. What some consider 'idealistic principles' are also required for peace and security. Wars are to be avoided, for instance, in order to create a sustainable regional and global order. Catering to the legitimate demands of people serve stability. Political representation and participation is key to the stability of any political order whether it is in Egypt or in Myanmar. Power equilibrium between nations mitigates against unnecessary confrontations and proxy wars.

A case in point is the current crisis in Yemen. As we have seen over the last two months, the tensions between Iran and the Gulf countries led to a regional crisis centered around Yemen. The problem is not the Houthis, the corrupt ways of the former Yemeni President Ali Abdullah Saleh or Iran's ambitions to empower the Shiite communities in Arab countries. Rather, the Yemen crisis is a result of a search for a new balance of power in the Middle East where Iran would act as a responsible actor and the Gulf Countries would accept Iran as a legitimate player of the regional order.

A similar scenario is currently playing out in Ukraine where the main issue is not the disagreements between Moscow and Kiev but the larger war of power between Russia and the Western bloc. Like the Yemen crisis, the Ukraine problem will not be resolved until and unless a new global power equilibrium is established to meet the reasonable demands and interests of Russia on the one hand, and Europe and the U.S. on the other. Ukraine is squeezed between two sets of polarizing interests and will not get a relief until the larger problem of power equilibrium is formed.In essence, what will resolve the crises in Yemen and Ukraine is a combination of hard power games and a new power balance that involves both the hard facts of global politics and the principles of mutuality, equality and trust.

In this regard, human rights, justice, freedom, democracy and equal distribution of wealth, used by most states selectively, are also essential to a sustainable global order. But the catch is that these values and principles are also part of the interest of any nation. The divide between realist facts and idealist principles is not as firm as it seems.

In an age of growing interdependency and instant global communication, sharing wealth while generating it together, works for the benefit of all, i.e., rich and poor and everyone in between. A sustainable global economic system requires a balanced use of economic resources by all nations. Unfair and unbridgeable gaps between the rich and the poor undermine peace, security and prosperity for all.

A strategic reassessment of the relationship between the facts and values of the current international order is needed to lower tensions and create spaces of peace and prosperity. As Mawlana Jalal al-Din Rumi said centuries ago, what may appear to be total opposites may be needed to create a delicate equilibrium for the benefit of all human beings.