On the dual nature of the human person 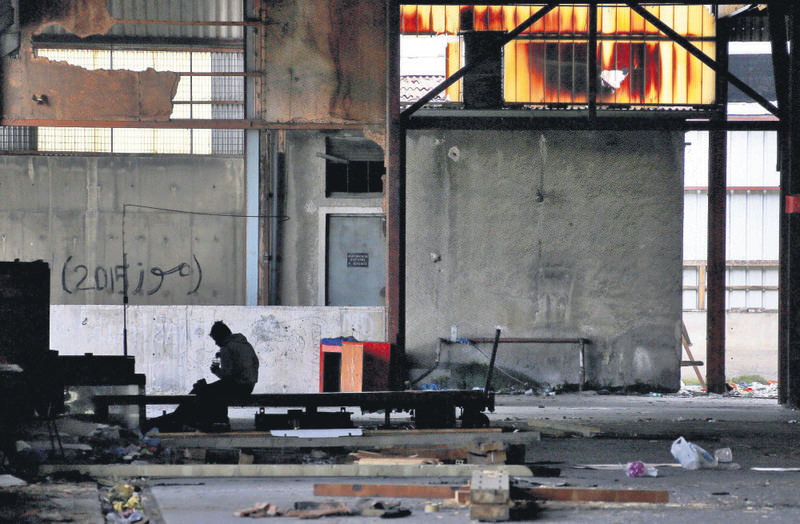 Human nature bears so many mysteries on its own. What we call history is nothing but the story of human nature's endless struggle between good and evil. But after all, maybe this dual nature is what makes the human person so special

Given the history of wars and man-made disasters, one is tempted to think that the human person is a beast in essence. Nietzsche, Freud and their pessimistic followers have said much about this aspect of human beings. In contrast, humanists have put their full confidence in the human person, elevating humankind to the rank of an angel. Both perspectives have some truth to them, but both fall short of according the human person its proper place. The human person is a being situated somewhere between angels and demons and has the potential to be either one of the two. This is what makes the human person God's most special creature. Unlike angels, animals or plants, the human person can choose to be good or bad. We can be merciful when we could choose to be ruthless. We can be irrational and destructive when we are expected to be good and decent. We can make the best use of our intelligence and create great ideas, but we can also be fools, lazy and stupid with no desire to go beyond the flesh. We can be intelligent and magnanimous toward others or devoid of any thought, an embodiment of what Hannah Arendt called "not stupidity but thoughtlessness," which leads to the "banality of evil."

The Islamic intellectual tradition emphasizes this dual nature of the human being. On the one hand, the human person is a vicegerent of God on earth charged with the duty of bearing witness to God's unity and establishing justice in the world. At this ontological level, the human person is God's special creature before whom the angels have bowed. It is this person to whom God has spoken through His revelations and prophets. It is this creature whom God loves and protects. On the other hand, we have this greedy, destructive and unintelligent being who can destroy himself along with God's creation. The mystery of free will, i.e., why we choose what we choose, creates a constant state of tension that distinguishes the human person from the rest of creation. How our intelligence and free will leads us to goodness, virtue and charity or to evil, vice and self-indulgence, entails constant dynamism, activity and vitality.

The human being is neither an angel nor a beast in the full sense of the term, and this is what makes us special beings. If we were angels, we would not be charged with the duty of using our intelligence and free will to search for what is good and the truth. But this is precisely our destiny, a destiny that takes us through the great chain of being. The angels bow before us because we are God's special creature, His vicegerent on earth. The answer to the old question of why God created creation in the first place lies in God's free choice to give of Himself out of his infinite generosity. As the classical thinkers asserted, God is so merciful and generous that he creates a being that has the capacity to go against his will. But God has also decided to create creation because he wanted to see the perfection of his own creation in the form of the universe, nature, beautiful animals, plants and, of course, the beauty and goodness of the human person.

In his great work, "Kitab al-Amad ala al-abad" (On the Afterlife) the 10th century Muslim thinker Abu al-Hassan al-Amiri identifies four stages of existence for the human person: angelic, human, animal and bestial. Each comes with a special set of circumstances. It is up to the human person to choose one of them. In his perceptive analysis, Amiri says that that the human person is not an angel, but can strive to be like one. It is this striving with intelligence and free will that makes them special beings. The fact that they can aspire to an angelic state by seeking goodness, virtue, generosity, refinement and spiritual dignity brings them closer to God. The human person is not a beast, but has the potential to be worse than one. A beast does not possess intelligence that is comparable to that of the human person. Its free will is practically nonexistent as is driven by its physical needs and desires. But by misjudging our intelligence and by succumbing to animal desires, we can be worse than a beast. Since the human person is the only being that can choose between good and evil, it is also the only being worthy of reward and punishment. But reward and punishment are not ends in and of themselves. They are incentives, directions and pointers. But they serve a higher purpose.

In their rather dark analysis of human nature, Nietzsche and Freud had a point - this being has shed so much blood and caused so much destruction. But they were mistaken in reducing the human person to a damned and hopeless beast. Neither an angel nor a beast, the human person can choose to be good and virtuous. This requires making proper use of our intelligence and using our will. Against all odds, there is still much goodness to be reclaimed for the state of humanity today.

Presidential spokesperson for the Republic of Turkey
Last Update: May 16, 2015 11:08 am
RELATED TOPICS