Who really sabotaged the reconciliation process? 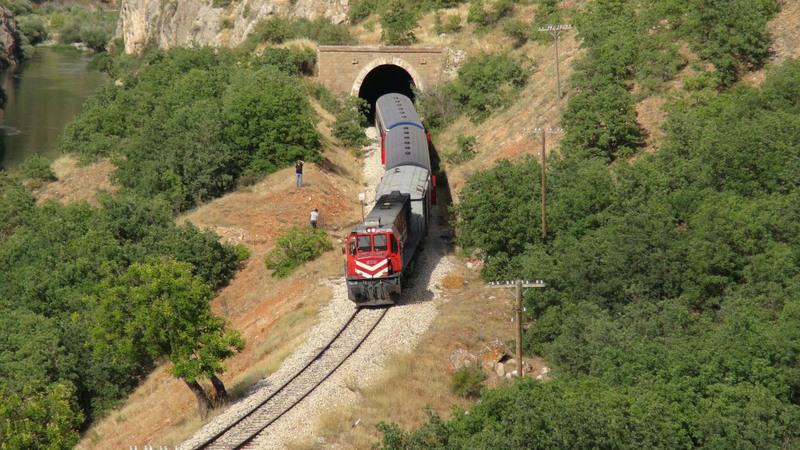 A train was destroyed because of the bombs planted by the PKK, resulting in mass damage in Erzincan.
by İbrahim Kalın Aug 15, 2015 12:00 am

Despite knowing the fact that Turkey is willing to resume the reconciliation process once the PKK disarms, the terrorist organization continues to commit violent acts

Turkey's dual offensive on the Islamic State of Iraq and al-Sham (ISIS) and PKK terrorist targets signal the beginning of a broader strategy to degrade and destroy terrorist threats in Turkey and its proximate regions. Turkey's actions are justified and endorsed by international law. Turkey's allies from the U.S. and EU to Arab countries have expressed their support. Yet, some critics make absurd claims to discredit Turkey's fight against terrorism.

Turkey has been accused, unfairly and without evidence, of allowing and even supporting ISIS in Syria. This was a convenient argument to use at a time when the international community failed to remove the Assad regime and stop the war. Turkey was chosen as the scapegoat.

Those who have been making these accusations are not even bothering to cover the numerous measures Turkey has taken against ISIS. You would not read this in the headlines but Turkey has arrested hundreds of ISIS operatives, suspended and/or deported thousands from Turkey, retaliated against ISIS attacks along the Syrian border and opened İncirlik Air Base to the international coalition for operations against ISIS inside Syria.

While Turkey singlehandedly carries the heavy burden of close to 2 million refugees, it will continue these measures against ISIS.

But the more cynical stories are produced in regards to Turkey's fight against PKK terrorism. It is no secret that most of the Western media outlets are speaking from the same script to whitewash and justify the PKK's terrorist attacks. They deliberately play down the fact that the PKK is on the list of terrorist organizations of both the EU and the U.S. They try to create a peace dove out of the PKK but cannot hide the facts on the grounds. As prominent Turkish author Halil Berktay notes, even the language that the BBC is using to cover PKK terrorism reveals the extent of deception and disinformation.

It would be helpful to remember briefly what happened over the last two years to understand who actually exploited and sabotaged the reconciliation process. Here is a short chronology: on Nevruz day, March 21, 2013, imprisoned PKK leader Abdullah Öcalan made his first call for the disarmament of the PKK. On May 7, 2013, PKK's military leader Murat Karayılan declared that the PKK will withdraw all of its forces from Turkey.

On July 2, 2013, PKK terrorists attacked police stations in Lice, Diyarbakır with one person dying in the clashes. On Sept. 9, 2013, Cemil Bayık was elected as the head of Kurdish Communities Union (KCK). In his first statement, he hinted at the restart of terrorist attacks. On Sept. 30, 2013, Prime Minister Recep Tayyip Erdoğan announced a comprehensive democratization package, addressing most of the legitimate demands of the reconciliation process. The PKK responded by announcing the formation of a new urban militia force called the Patriotic Revolutionist Youth Movement (YDG-H).

On Nevruz day again on March 21, 2014, Öcalan made another call on the PKK to disarm. His message was read in both Turkish and Kurdish in Diyarbakır. On June 1, 2014, a Peoples' Democratic Party (HDP) delegation went to meet Öcalan. The month of June saw numerous terrorist attacks by the PKK, killing soldiers and civilians. On Oct. 8, 2014, HDP Co-Chair Selahattin Demirtaş called for massive street protests on the pretext of Kobani. The events led to the death of 50 people and polarized the society again. Opposition parties attacked the government for being too soft on the PKK. On Dec. 20, 2014, Cemil Bayık said that "disarmament means death" for the PKK. On Feb. 28, 2015, Öcalan made another call on the KCK/PKK to disarm. In April and May 2015, the PKK attacked security forces in the eastern and southeastern cities, terrorized people before the June 7 elections, blocked roads, collected money forcibly, burned vehicles, attacked dams and threatened anyone who did not follow their orders. After the terrorist attack in Suruç on July 20 where 33 people were killed, the PKK intensified its terrorist attacks and declared open war. (The full chronology can be found here: http://www.dailysabah.com/kurdish-issue/2015/08/11/how-pkk-turned-down-peace-opportunities-since-ocalans-2013-call)

It is against this background that Turkey launched its offensive against PKK terrorism.

Despite numerous democratic and economic measures that the successive Turkish governments have taken to realize the reconciliation process, the PKK has refused to disarm. The reason is clear: The PKK sees disarmament as the end of its raison d'etre. Instead, it seeks new excuses to continue its terrorist activities. As Prime Minister Ahmet Davutoğlu noted in his Washington Post article, "While not similar in origin or ideology, the PKK - a U.S.-designated terrorist organization - is also resorting to terrorism once again with the hope that the situation in Syria can be exploited to strengthen its standing in the eyes of the West."
As President Erdoğan stated Turkey will protect its citizens against all forms of terrorism whether by the PKK, ISIS, the Revolutionary People's Liberation Party-Front (DHKP-C) or others. The future of the reconciliation process now depends on the PKK's full and unconditional disarmament. Those who really care about peace in Turkey should take a clear position and call on the PKK to disarm rather than buy its conspiracy theories and propaganda sound bites.

Despite the use of terrorism as an instrument of politics, Turkey will not back away from its democratic gains and will continue to keep the balance between security and democracy for all of its citizens.

Presidential spokesperson for the Republic of Turkey
Last Update: Aug 15, 2015 11:04 am
RELATED TOPICS