PKK terrorism and the rhetoric of peace 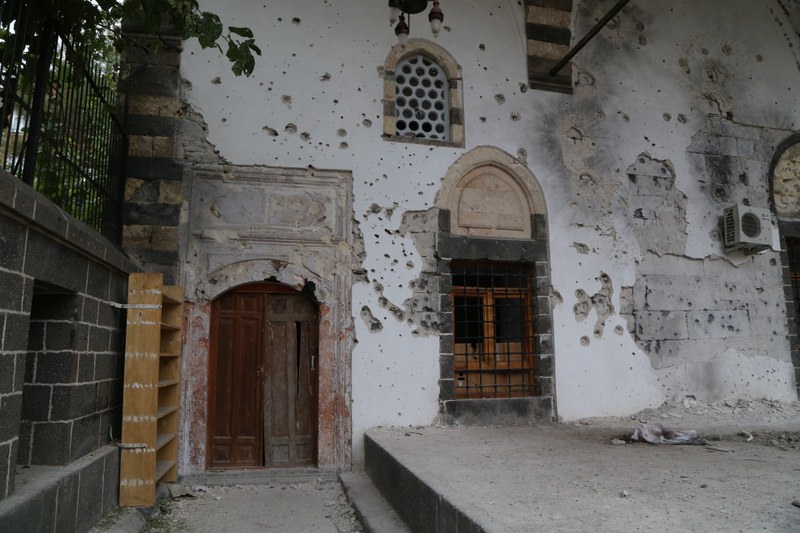 The PKK and its political outlets use the rhetoric of peace while continuing terrorist activities in Turkey and Syria. Recognized as a terrorist organization by the U.S., EU and others, the PKK is using the war in Syria and the cover of fighting against the Islamic State of Iraq and al-Sham (ISIS) to create new spaces of opportunity for itself. It is a pity some political and media actors are trying to whitewash PKK terrorism in order to shape the outcome of the upcoming elections on Nov. 1.

It is not the first time that a terrorist organization is presented as a freedom fighter and its members as "insurgents" in the Western media. What is striking is that this time it is directly related to making a political gain in national elections. People would laugh at the idea of defining al-Qaida, ISIS or Boko Haram as freedom fighters or insurgents no matter what kind of ideological, religious or political justification is presented. They are terrorist organizations, pure and simple. But the sharp contrast between PKK terrorism and its use of the rhetoric of peace is lost in the countless attempts to create a peace dove out of a terrorist organization.

Despite President Recep Tayyip Erdoğan's historic step to start the peace process first in 2009 and then in 2012, and despite numerous democratic and economic measures, the PKK has refused to disarm at every critical occasion. Instead, it manipulated the peace process to strengthen its base and expand its network into Syria. Now it claims that it wants peace but the Turkish state refuses. A short fact-check is in order to see who actually sabotaged the reconciliation process and who refuses to accept peace.

Here is a short chronology of the last two years: On March 21, 2013, Abdullah Öcalan made his first call for the disarmament of the PKK. On May 7, 2013, Murat Karayılan declared that the PKK would withdraw all of its forces from Turkey. On July 2, 2013, the PKK attacked police stations in Lice, Diyarbakır. On Sept. 9, 2013, Cemil Bayık was elected as the head of the Kurdish Communities Union (KCK). In his first statement, he hinted at the restart of terrorist attacks. On Sept. 30, 2013, then Prime Minister Recep Tayyip Erdoğan announced a comprehensive democratization package. The PKK responded by announcing the formation of a new urban youth militia called the Patriotic Revolutionary Youth Movement (YDG-H).

On March 21, 2014, Öcalan made another call on the PKK to disarm. His message was read in both Turkish and Kurdish in Diyarbakır. On June 1, 2014, a Peoples' Democratic Party (HDP) delegation went to meet Öcalan. The month of June saw numerous terrorist attacks by the PKK, killing soldiers and civilians. On Oct. 8, 2014, HDP Co-Chair Selahattin Demirtaş called for street protests on the pretext of Kobani despite the fact Turkey allowed the Iraqi peshmerga to enter the city and accepted over 190,000 residents to the country. Demirtaş's call led to the death of 50 people and polarized the society again. The opposition parties attacked the government for being too soft on the PKK. On Dec. 20, 2014, Cemil Bayık said "disarmament means death" for the PKK. On Feb. 28, 2015, Öcalan made another call on the KCK/PKK to disarm. In April and May of 2015, the PKK attacked security forces in eastern and southeastern cities, terrorized people before the June 7 elections, blocked roads, collected money by force, burned vehicles, attacked dams and threatened anyone who did not follow their orders. After the terrorist attack in Suruç on July 20, which left 33 people dead, the PKK intensified its terrorist attacks and declared open war. In September and October of this year, the PKK carried out tens of attacks on security officers and civilians across the country.

These simple facts, readily available for anyone who may bother to look for them, seem to have no relevance to the self-edifying mythology of peace rhetoric under the shadow of PKK violence. The peace mythology of PKK terrorism is now reaching new heights with glorification of violence as a "revolutionary force." A cursory reading of the media outlets of the PKK, published mostly in Turkish but never covered in the international media, reveals the mindboggling extent of the professional use of the terminology of peace under the bloody banners of terror.

This is not only about the PKK's propaganda war. There is something deeper here and it relates to the left's old notion that violence committed by the right is fascism and violence committed by the left is revolution. This self-delusional notion of violence, revolution and peace goes back to the French Revolution and the European Marxist-Leninist tradition. It is now picked up by certain elements of the Turkish left which hopes to revive itself by relying on the PKK's violence and steer a new democratic social movement. The irony is that the PKK is not only a violent terrorist organization but also a network of dictatorship that has killed hundreds of rival Kurds in Turkey, Iraq and Syria and built its regressive ideology around leadership cult, a mythological notion of history, belated nationalism and absolutist and exclusivist claims to the truth. These facts are conveniently shoved under the carpet to score a point against President Erdoğan.

True peace will come only when PKK disarms and stops playing games with the Kurds as well as the Turks. Those who really care about peace in Turkey should not allow themselves to be fooled by the PKK's propaganda machine and ask those who romanticize about the PKK whether they really reject terrorism or not.

Presidential spokesperson for the Republic of Turkey
Last Update: Oct 27, 2015 2:15 am
RELATED TOPICS