Turkey's choice and the reclaiming of the political center 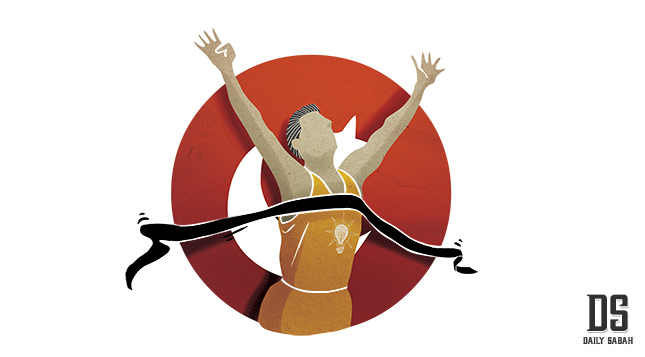 The 49.4 percent victory suggests that the AK Party read the results of the June 7 election more correctly than the other parties and made the necessary adjustments to win back its old base including the Kurds, youth and the conservative-nationalist Turks

The Nov. 1 elections in Turkey gave the Justice and Development Party (AK Party) a resounding victory with the party receiving 49.4 percent of the votes and gaining a comfortable majority to form the government. The overwhelming majority of the electorate voted for stability and chose to consolidate the political center with the AK Party. The Kurdish and Turkish nationalist parties suffered the greatest losses as their exclusivist and confrontational identity politics is rejected by the people. The main opposition Republican People's Party (CHP) remained stable but will be criticized for squandering an important opportunity to expand its base.

The implications of these results are important and will shape the future of Turkish politics in the years to come. The 49.4 percent victory suggests that the AK Party read the results of the June 7 election more correctly than the other parties and made the necessary adjustments to win back its old base including the Kurds, youth and the conservative-nationalist Turks. Looking at the five months between the two elections, one can say that it is the AK Party that made a real change with its list of candidates, election promises and messages and future vision.

Voters also said no to coalition politics after five months of political maneuvering and bickering. This seems to be in line with the past experience that coalition governments have never worked well in Turkey. The last coalition of 1999-2001 brought the country to the brink of bankruptcy. In this regard, this is a good outcome as Turkey needs a stable and strong government to deal effectively with such issues as sustainable economic growth, PKK and Islamic State of Iraq and al-Sham (ISIS) terrorism, political polarization, the Syrian war and refugee crisis.

The AK Party should read the election results as an endorsement of its commitment to inclusiveness, political stability and economic growth. It should continue to keep the reformist spirit that has brought it to power and kept it there for the last 13 years. As Prime Minister Ahmet Davutoğlu said in his victory speech, the new government will be a government for all Turkish citizens and embrace all members of the society. This is highly significant in the context of reclaiming and strengthening the political center in Turkey.

It will take several weeks to form the new government but three issues will require immediate attention. The first is the PKK threat that remains as concerning now as it was before the elections. While many blame the PKK for the Peoples' Democratic Party's (HDP) loss in the elections, the PKK may escalate violence again to consolidate its militant base and punish the HDP. Most people including many Kurds in the east and southeast of the country would like to see the government to continue to take firm security measures against the PKK and its urban members.At this point, the future of the reconciliation/peace process depends on the PKK's decision to disarm and let the political process work itself out. The PKK has squandered a historic opportunity since 2013 when the reconciliation/peace process took a serious turn with Abdullah Öcalan's call on the PKK to disarm. Instead of allowing the political process to move forward, the PKK refused to disarm and amassed more weapons in the cities and carried out numerous attacks on civilians and security forces over the last year. This had a deadly impact on the political legitimacy of the HDP and any potential role it may have played.

The second threat is ISIS in Turkey and along the Turkish-Syrian border. Turkey is part of the international anti-ISIS coalition and hit ISIS targets several times over the last few weeks. This makes Turkey a target for possible ISIS attacks. ISIS terrorists may plot new attacks inside Turkey and/or along the border regions. As President Recep Tayyip Erdoğan stated before, Turkey remains resolute in its fight against the menace of ISIS terrorism. As the war in Syria now includes almost all the major players from the U.S., Saudi Arabia and Turkey to Russia and Iran, ending the war in Syria, removing Bashar Assad's regime and destroying ISIS should be a priority over political partisanship.

The third issue is the economy. Elections and the political uncertainties over the last six months have not been good for the economy especially given the fact that the global growth rate remains low in both Europe and the Middle East. The war in Syria and the security challenges in Iraq affect local businesses and regional trade. While the Turkish economy remained strong during this period, Turkey needs more than 3 percent annual growth to realize its economic goals for 2023, the centennial of the Republic.

The biggest losers in the elections are the Turkish Nationalist Movement Party (MHP) and the Kurdish nationalist-leftist HDP. The MHP lost 40 and the HDP lost 21 seats, both losing a record number of over 3 million votes combined. Clearly, the voters rejected two forms of nationalism that antagonizes different segments of the Turkish society and prioritizes identity-politics to the exclusion of other key issues. Neither extreme right nor left-wing nationalism has a chance to take a deep root in such a diverse country as Turkey.

The MHP lost mostly due to its rejectionist attitude after the June 7 elections. It tried to capitalize on a total repudiation of the reconciliation/solution process but failed to provide any alternatives. The sensible conservative-nationalist voters that shifted to the MHP in June came back to the AK Party.

The HDP was expected to lose as it never took a clear stance against the PKK. Instead of moving toward the political center, it engaged in a self-destructive act of whitewashing PKK terrorism and even glorifying it. Both the Kurdish and non-Kurdish voters turned against the HDP for its dismal failure to stand up against PKK violence and make a genuine effort to continue the reconciliation/peace process. The HDP's claim to be Turkey-all party turned out to be hollow and its strategy to position itself as anti-Erdoğan failed miserably. As long as the HDP remains under the tutelage of the PKK weapons, it will not be able to claim any serious political role for itself.

In the case of the HDP defeat, there is also the failure of the leftist-liberal circles that claim to know the people better than the people. Their imagined sphere of influence turned out to be limited and most of their diagnoses about the real issues of the people were simply wrong. Their virulently anti-Erdoğan campaign backfired. They misread the real concerns of the ordinary people proving once their self-inflicted alienation from the society.

The international media has also failed again to have a proper reading of the social and political dynamics of Turkey as a whole. Reading most foreign media reports and political commentary in recent months, one would have thought that the AK Party was doomed to fail and President Erdoğan destined to lose. Confusing wishful thinking with unbiased reporting, they have misled their readers about such an important country as Turkey at a time of major regional challenges. Their post-election analyses are as hollow as their pre-election predictions.

Finally a word about the place of President Erdoğan in this election. Opposition parties and their supporters in the national and international media wanted to turn this election into a referendum on Erdoğan. With the most outlandish claims and unfounded accusations, they sought to portray this as a doomsday election. They called on the Turkish voters not to vote for him as if he was running in the elections (for the record, he was not). All of this turned out to be hugely flawed and misleading. Next time one reads about President Erdoğan and Turkish politics in these outlets, one should remember how wrong they insistently have been in the past about Turkish society and politics.

The Nov. 1 elections underline the strength resilience of Turkish democracy. With a new parliament and with one of the highest percentage of representation, Turkish voters have given a new mandate to political parties to deal with real issues in real ways rather than impose their fancies on the people. Let us hope that these results bring stability and lowering of tensions for all of Turkey's citizens.

Presidential spokesperson for the Republic of Turkey
Last Update: Nov 03, 2015 10:40 am
RELATED TOPICS