﻿How to be at home everywhere 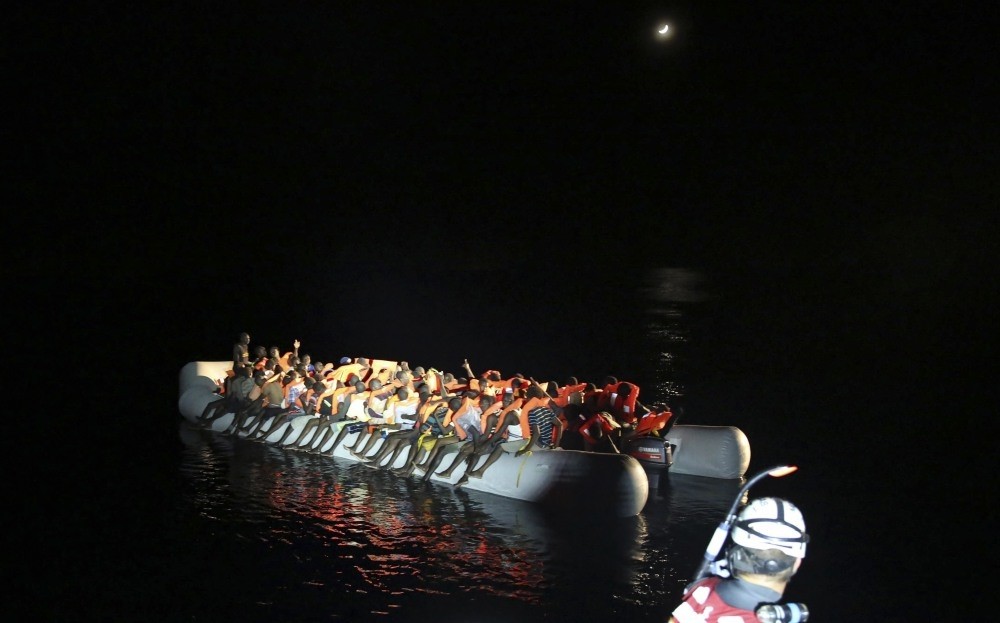 It is imperative to have a proper philosophical outlook and moral stance in order to confront the political and economic problems of alienation and dispossession that we see going rampant in the world today.
by İbrahim Kalın Nov 08, 2016 12:00 am

The truth is bigger than the world can encapsulate it. It is the truth that serves as our ground, refuge and home. Being in the world in and of itself does not give us any privilege in our quest for the truth

In his book «The Fundamental Concepts of Metaphysics,» delivered as a lecture course in 1929-30, the German philosopher Martin Heidegger quotes a fragment from Georg Philipp Friedrich Freiherr von Hardenberg known as Novalis on the meaning of philosophy: "Philosophy is really homesickness, an urge to be at home everywhere." While describing it as «romantic,» Heidegger still dwells on Novalis's aphorism as a starting point for his conception of philosophical reflection. The fundamental character of philosophy is the «urge to be everywhere at home.» Heidegger adds: "Philosophy can only be such an urge if we who philosophize are not at home everywhere … to be at home everywhere means to be at once and at all times within the whole. We name this 'within the whole' and its character of wholeness the world."

It is the loss of this wholeness that has been a leitmotif of the modern self. Homesickness comes out of this loss and urges us to search for our home – the place where we feel full and whole again. In an age of «homeless mind,» to use Peter Berger's suggestive phrase, one has to look for a refuge in view of the irritating possibility that we may never find it. As the ninth century Muslim saint Bayazid Bastami is reported to have said, you cannot find the truth by looking for it but the ones who have found it are the ones who keep looking for it.

In an age of uprooted souls and homeless minds, Heidegger's hint at the connection between philosophical reflection and the search for our place in the world provides an important insight into what he calls our «finitude» and «individuation.» Our interaction with the «world» is grounded in the fact that we are finite beings that can grasp the meaning of Dasein as finite, individual and solitary beings.

The Muslim philosophers, too, saw the world as a place in which we seek to uncover the truth to realize ourselves. But their definition of philosophy has an additional insight into the meaning of things and their relationship to us humans. According to the classical definition handed down from al-Kindi and al-Farabi all the way to Mulla Sadra, philosophy is to know the reality of things as they are to the extent possible for human beings, and act accordingly. This definition assumes that there is such a thing as the reality of things and as finite human beings we can strive to know it. But knowing as a mental activity is not enough; one has to act according to what one knows, i.e., according to the reality of things. This means, among other things, taking reality in the widest sense of the word seriously and treating it with care and respect. We are not the owners and masters of the world; we can only be its responsible caretaker and wise interlocutor.

But there is a catch here. Truth as defined by the Muslim philosophers is bigger than the world can encapsulate it. It is the truth that one seeks to discover, not the world per se. It is the truth that serves as our ground, refuge and home. Being in the world in and of itself does not give us any privilege in our quest for the truth. It has to be coupled with an understanding of the world that goes beyond its mental and physical limitations.

This is where philosophy as a spiritual exercise takes us on a journey that enables us to witness our place in the world and what lies beyond it. The ultimate goal of philosophical reflection is to transcend our individual existence within the «horizon of being,» as Mulla Sadra calls it. This is where formal philosophy matures into wisdom (sophia, hikmah) and leads us to new intellectual and spiritual horizons. This is a journey whereby we discover and re-discover the meaning of existence and our place in it. It is this journey that grants us our refuge and proper place in this world. This is how we come within the horizon of being in order 'to be at home everywhere.'

This in no way suggests a philosophy of escapism whereby we turn a blind eye to the injustices and exploitations of the world. To the contrary, it is imperative to have a proper philosophical outlook and moral stance in order to confront the political and economic problems of alienation and dispossession that we see going rampant in the world today. Hard political realities should never be an excuse to give up on our quest for truth.This is possible only when we internalize the true meaning of philosophical reflection as wisdom and spiritual refinement. The purpose of philosophical questioning is to awaken this awareness in us. Its ultimate goal is to make us better human beings. To paraphrase Sadra again, becoming a better person means overcoming our own self and connecting with a higher principle that cannot be monopolized and manipulated by a self-deceiving and arrogant ego. It is only by decentering the commanding ego and discovering the larger reality of which we are only a part that we can be at home everywhere.