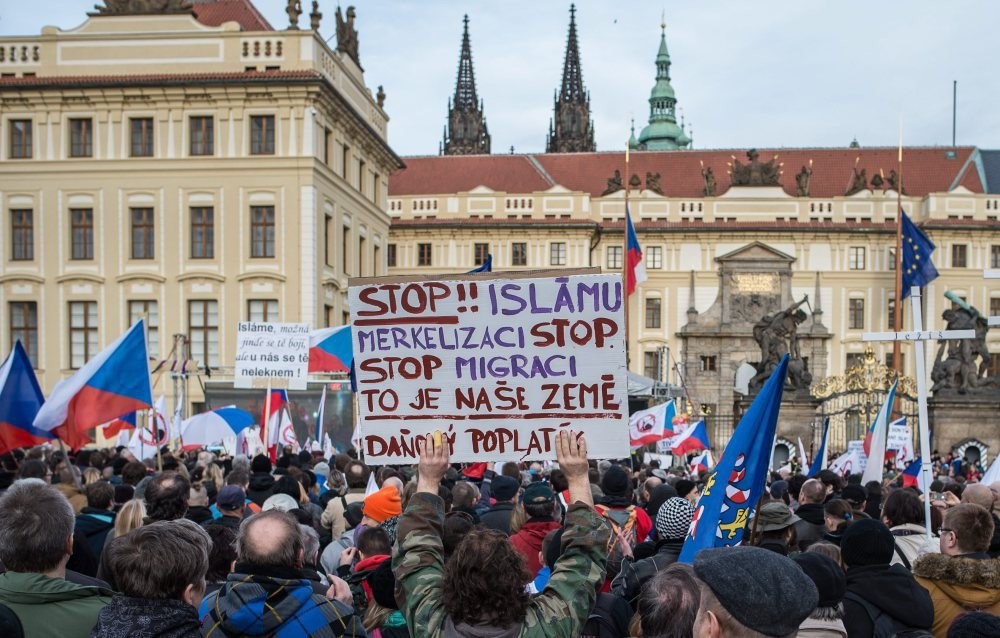 With a number of national and local elections lined up over the next year, European politics is likely to see more twists and turns that will deepen self-doubt and encourage populist, anti-immigrant, Islamophobic and xenophobic sentiment across the old continent

Europe faces a stubborn and potentially destructive wave of political populism and opportunism at a time of global insecurity, regional chaos and exclusivist nativism. This state of affairs threatens to undermine the idea of Europe and weaken the European Union after the Brexit vote. With a number of national and local elections lined up over the next year, European politics is likely to see more twists and turns that will deepen self-doubt and encourage populist, anti-immigrant, Islamophobic and xenophobic sentiment across the old continent. European political leaders need to make sound assessments if Europe is to stay strong and united at home and relevant in the world.

Those who are seriously concerned about the rising tide of neo-racism and political opportunism were relieved by Alexander van der Bellen's victory over the far-right Norbert Hofer in the Austrian presidential elections. Hofer not only held openly racist views against Turks and Muslims but also questioned the EU and called for (but then changed his mind about) a Brexit-type referendum early on in his election campaign. If elected, he would have been the first openly far-right and Islamophobic president of a major European country. Even though Hofer lost, the views he held and helped popularize are still there. He was not only against Turkey's EU membership but also opposed Turks and Muslims coming to Austria – a political stance that is becoming increasingly mainstream in several European countries. In the meantime, the current Austrian government continues to maintain a controversial and hostile attitude toward Turkey.

The Austrian election results present a glimmer of hope in the sense that blaming Muslims, Turks and immigrants for the troubles in Austria and Europe does not always pay off at the ballot box. At least some in Europe see the reality for what it is: reducing complex problems to a single cause and stigmatizing groups of people may bring short-term political gains but does not provide any long-time solutions. If the European far-right parties continue to capitalize on the misplaced fears of ordinary citizens and fuel them with prejudice and bigotry, they will only deepen the sense of despair, confusion and hatred and fail to address Europe's real problems.

We are likely to see a replay of this state of affairs in the upcoming French elections next year. The National Front led by Marine Le Pen has seen its voter base soar over the last couple of years. It is expected to be a major contender in the 2017 presidential elections. With Mr. Hollande announcing that he will not seek a new term and the Socialists doing badly in the polls, how the Republicans Party (formerly known as Union for a Popular Movement or UMP) and its presidential candidate Francois Fillon will respond to these political dynamics remains to be seen. What appears certain is that the same anti-immigrant, anti-globalization, anti-Turkey and anti-Muslim views will be part of the French election campaign. It is unlikely that France will give up on the EU following the Brexit model. But the long-standing problems of integration, Islamophobia, radicalization, unemployment and France's sense of identity and self-perception will continue to dominate the social and political scene in France.

German politics is certain to face similar issues in the national elections next year. Even though Angela Merkel, Germany's and Europe's strongest leader, stands a big chance of winning, she will face a number of mounting problems including the anti-immigration politics and the challenge of keeping European economy strong. Yet even Merkel, despite her great efforts and success in stopping the refugee flow to Europe, had to pay a price in the German local elections this year. She will face the issue of political populism and opportunism with major consequences for both her homeland and Europe.

In addition, the constitutional referendum in Italy, won by the no voters and resulting in the resignation of the Italian Prime Minister Matteo Renzi, has the potential to further deepen the sense of political instability in a key European country and in larger Europe. While Italy is known for frequently changing governments and fluid party politics (it has had 64 governments since the Second World War), a new government crisis in Italy will certainly have important political and economic consequences for that country as well as the larger Europe.

It is only natural that this elusive political drama in Europe should have implications for Turkey-EU relations. The lack of consistency and support for Turkey in its fight against terrorism plays a toxic role and deepens existing differences. Failing to pay real attention to Turkey's security challenges, which are also key for Europe's security, feeds a deep sense of mistrust. The extremely slow and often stalled accession talks do not present a promising picture. Europe's failure to deal with the refugee crisis in any effective and appropriate manner continues to strain relations. It makes things worse not better when irresponsible politicians turn President Erdogan and Turkey into an 'other' in the name of political opportunism.

The way out of this conundrum is to set our priorities right and realize that our collective security and prosperity requires collective work at all levels. At a time of growing interdependence and shared challenges, we can create an environment of mutual empowerment and refuse to bow down to zero-sum games. Europe will overcome its troubles not by sacrificing mainstream politics to the dictates of the far-right nativism and racism but by re-embracing its core values.

Turning a new page with Turkey can go a long way in this process. Concluding the Schengen visa liberalization process with Turkey will create a new climate of partnership. This is a right Turkish citizens should have been granted a long time ago anyway. Another important step is for the EU to fulfill its promises for the refugees and share Turkey's burden. Finally, understanding Turkey's security challenges before and after the failed coup attempt on July 15 will help change the current hostile political environment in Europe. Animosity toward Turkey for the sake of political populism hurts Europe more than it hurts Turkey.