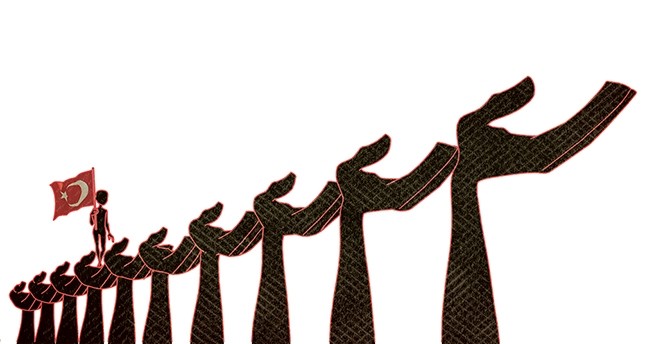 On April 16, millions of Turkish citizens went to the polls to vote on a constitutional reform bill that, among other things, will replace Turkey's parliamentary system with a presidential one. With 86 percent participation, which is a record number and shows the strength of Turkish democracy, 51.4 percent of the voters supported the bill. This opens a new chapter in Turkey's modern political history.

There are several takeaways from the referendum result.

First of all, the April 16 referendum marked a turning point in the history of Turkish democracy. For the first time ever, the Turkish people, rather than coup plotters, decided with which system their country would be governed. In 1960, the military junta had overthrown Turkey's democratically elected government, severed the presidency's ties with party politics and introduced a deeply flawed parliamentary system intended to produce weak coalition governments. This institutional arrangement ensured that elected officials would remain less powerful than the military guardianship regime – which could dictate policy, force governments to step down or overthrow them at will. Although Turkey, under President Recep Tayyip Erdoğan's leadership, enjoyed political stability since 2002, there was always the risk of the country being governed by dysfunctional coalition governments in the future. By supporting constitutional reform on Sunday, the Turkish people ensured their country's future stability.

When the Turkish people go to the polls in 2019, they will elect a new president and a new parliament both of which will be responsible to the people directly. The next president, who will preside over the executive branch, will have to secure the support of the majority of voters in order to receive a mandate to govern. The next parliament will have sweeping powers against the president such as enacting laws, which will be binding for the executive branch, and investigating and even impeaching the sitting president. With checks and balances in place, both the president and the parliament will have to work together for a policy of consensus on key issues.

Another important development was that the "yes" campaign received more support in predominantly Kurdish parts of Turkey than originally anticipated. According to unofficial results, 50.8 percent of voters supported constitutional reform in Muş, where the Justice and Development Party (AK Party) had received only 24.8 percent in the 2015 parliamentary elections. In Diyarbakır, Siirt, Van and Mardin, a similar change could be observed. Among other things, this points to the Kurdish voters' rejection of the PKK terrorism and the Peoples' Democratic Party (HDP) politics of whitewashing it. The vast majority of the Kurds support democratic reforms, investments, public order and the fight against the PKK. By making a very clear distinction between the Kurds and the PKK, President Erdoğan and the government have won the Kurdish confidence again.

Finally, the Western media and certain European governments lost a lot of credibility in Turkey. What some European governments did during the referendum campaign caused an uproar in Turkey and raised questions about the future of our relations with Europe. To be clear, European leaders not only supported the "no" campaign to meddle in the referendum but also violated diplomatic conventions to prevent supporters of constitutional reform, including Turkish ministers, from informing millions of Turkish voters who live outside the country.

Another question was related to double standards: Recalling that the European Union supported efforts by Italy to change its electoral laws to restore political stability, the Turkish people have been wondering why the Europeans strongly opposed similar reforms in Turkey. Meanwhile, the international media failed to understand Turkey and predict the referendum's outcome. Instead of carefully studying the constitutional reform bill, many reporters and commentators jumped to conclusions about the amendments and considered the campaign another opportunity to discredit the Turkish president. For many Turkish readers, stories and op-eds published in Western newspapers felt like they were campaign material distributed by the "no" campaign. In the end, the international media's failure to report the facts provided a biased picture to international audiences. Let's hope they see for themselves the fact that this is political activism masquerading as journalism and a disservice to the profession.

The OSCE and PACE observer mission appears to suffer from the same problem. On Monday, the mission released its preliminary report to suggest that "the technical aspects of the referendum were well administered" while claiming that the campaign had taken place on an unlevelled playing field. Meanwhile, it became clear that some members of the mission were openly supportive of the PKK, which Turkey and the European Union consider a terrorist organization, on social media - which raises questions about their impartiality.

It is important to recall that the support for the presidential system rapidly increased in recent months from just over 30 percent to more than 50 percent with more than 25 million people supporting it. Moving forward, there is no doubt that more people will endorse the new system as they witness first-hand how it helps Turkey and makes the future safer. In addition to changing laws to facilitate the transition to the presidential system, Turkey will continue to address domestic and regional issues more capably thanks to Sunday's historic vote.

Presidential spokesperson for the Republic of Turkey
Last Update: Apr 19, 2017 1:46 am
RELATED TOPICS